The Nigerian bishop on the impact of Boko Haram, religious crises masking economic issues—and his hopes for reconciliation 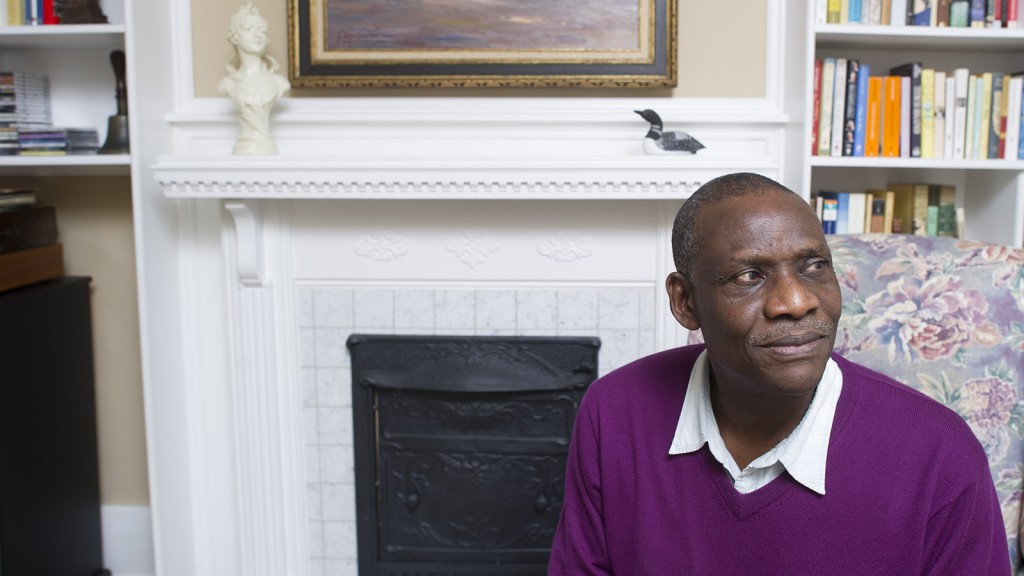 The Most Rev. Josiah Idowu-Fearon, bishop of Kaduna diocese in northern Nigeria, has spent years working in places beset by tension, often violence, between Christians and Muslims. Kaduna’s citizens have also suffered the predations of the radical Islamist group Boko Haram, which has kidnapped and enslaved girls by the hundreds. Yet Idowu-Fearon, who was recently appointed secretary general of the Anglican Communion, has dedicated himself to promoting reconciliation between followers of the two faiths. Idowu-Fearon taught a course this spring on Islam in the 21st century at Wycliffe College in Toronto, where he spoke with Maclean’s.

Q: What are relations like between Christians and Muslims in Kaduna?

A: It was so bad that in past years, we were killing each other. We’re talking hundreds killed in the name of religion. But the crises are mainly politically motivated. To the outside world, each of them is religious. But we know very few are religious. Most are politically motivated. Until about 10 years ago, it was bad, but, since then, we’ve been doing a lot of work to educate the Christian community on what Islam is, who Muslims are, so as to promote the culture of understanding and the culture of [learning] to live with our differences.

Q: What do you mean by politically motivated instead of religiously motivated?

A: For example, the Fulani people are mainly cattle-rearers, and the non-Fulani are farmers. Sometimes the cows will stray to a farm and eat the crops. A fight ensues. No one is going to say that a Fulani cattle-rearer is fighting a non-Fulani farmer. Because Fulani people are assumed to be Muslim, as non-Fulani, we will shout and say, “The Muslims are attacking us! Killing us!” so as to get the sympathy of the West, in particular, and other parts of the country where you have significant numbers of Christians. But when you investigate—and I’ve been fortunate to take part in most of these crises —when you wade in and find the root causes, you discover that it’s all got to do with governance. Most of our crises are about who controls the resources.

Q: So are your reconciliation efforts focused on political solutions, or is there a theological basis?

A: The solutions are multi-faceted. If you want to say it’s purely political, you can’t succeed. If you want to say it’s purely economic, you may succeed [laughs]. We all know it’s mainly economic, but nobody wants to hear that. And of course it’s also very tribal. Nigerians prefer their own tribespeople. You are lucky here in the West. You do not think in terms of tribes, as we do on the continent of Africa. My approach is biased toward encouraging seeing the non-Christian or the non-Muslim as your neighbour, someone with whom you share a lot of identities, someone to whom this land belongs, too. And you must find ways and means of understanding and living together with your differences.

Q: Where can you find theological common ground?

A: I usually take the concept of one humanity, that we are all descendants of Adam and Eve. You have that in the Quran. You have that in the Bible. And because we all descend from Adam and Eve, there is a need for us to see each other in that light, even though we have different races, different tribes, different cultures. The good thing is, in my situation, I use the Quran and the Bible. The Bible does not tell us why some are Canadians, others are Americans, why some are Africans and, in Africa, you have different tribes. The Bible just says we are one body as Christians. We should love one another, love our neighbour. But the Quran is helpful here. The Quran tells us, yes, we are descended from Adam and Eve, and yet God allows us to be in different nations. Why? That we may understand each other. That’s clear in the Quran.

Q: How did you learn about the Quran?

A: I started studying the Quran seriously in my undergrad days in the ’80s. [His Ph.D. is in Islamic studies.] I discovered that, in my country, there is a lot of ignorance. I believe it is wrong to manipulate religion, to make one religious community see the other as the enemy. So it’s my calling. I do not see the Muslim as a non-believer. I see the Muslim as a human being who understands God, the same god I understand, albeit we worship Him differently.

Q: Do you have Muslim collaborators and partners in Nigeria?

A: I do. But to be honest with you, we don’t discuss theology. Rather, we work together in the area of common humanity. We have a common society with common problems: drug addiction, crime, truancy—on all this, we work together.

Q: Are there people who oppose your work and try to stop it?

A: I have a lot of opposition from evangelicals and Pentecostals. Unfortunately for them, I belong to the same community. But my exposure to Islam and Muslims will not allow me to take the position they have taken. They just see the Muslim as someone to be converted, and I see the Muslim as my neighbour, someone to be loved, someone to be cared for. And if, in doing that, the Muslim wants to know more about my faith, then I have the opportunity, because that relationship is already there, that confidence is built and he can trust me. That’s my approach. I don’t believe my job is to convert anybody.

Q: Are there Muslims who oppose your reconciliation work as well?

A: A good number of the imams do, because they want to protect their interests. But I wouldn’t say their opposition to me is as virulent as that of the evangelicals, because they believe I am watering down the Gospel, that I’m not preaching the pure Gospel. I don’t know what the pure Gospel is.

Q: How active is Boko Haram in Kaduna province?

A: We’ve had a few incursions. The last one was when an attempt was made on the life of the president-elect, Gen. [Muhammadu] Buhari. And the same day, they attempted to kill another sheik, whose position is almost exactly like mine. That would be about eight months ago. Before that, we had bomb blasts in various parts of Kaduna.

Q. How much support does Boko Haram have from local residents?

A: Very little. They do have some support from Muslim extremists, but state security knows about these groups and always monitors them.

Q: How does the presence of Boko Haram affect people living where they operate?

A: Economically, the effect is a disaster. Businesses have packed up. People have moved. The areas involved are military zones, so social life is virtually gone. People live in fear. The schools have closed. Those who can afford it, they move. So we have thousands of internally displaced people.

Q: How does that affect relations between Christians and Muslims?

A: In many areas, it is positive, because we are now beginning to realize that these young people who claim to be Muslims are not representing the Islam that we know and the Muslims that we know. The Boko Haram guys do not respect or even listen to the leadership of the Muslim community. It’s encouraging us to work together even more.

Q: Have you ever been threatened or felt that your safety was at risk as a result of your work?

Q: Who were these people who were so angry?

A: Unfortunately, they are Christians. I don’t want to go into details, but they were not Muslims.

Q: So why do you keep doing this work?

A: Because I’m convinced that there is no alternative. The alternative is to destroy the country, and I’d rather sacrifice my life than see my country disintegrate.

Q: You’ve been teaching at Wycliffe College. What message have you tried to impart?

A: Canada and, particularly Toronto, is one of the most cosmopolitan places in the world. People take their religious convictions very seriously. So I believe it is necessary for them to have this understanding of Islam, in particular, so they will be able to live with their differences.

Q: What do you hope to accomplish as secretary general?

A: My main goal is to create more understanding within the communion. Every Anglican knows we have different cultural and theological positions, and my job is to keep the communion together in spite of these differences. Remember what I shared with you from the Quran, which says God has created these differences, and the reason is for us to understand each other. And I think that is something that the Anglican Communion needs to learn: that our differences should not lead to disintegration. Rather, it should lead to working together without clamouring for uniformity.