The Iranian republic we don’t know

Behind the troubled regime is a nation desperate for change, having to make progress stealthily 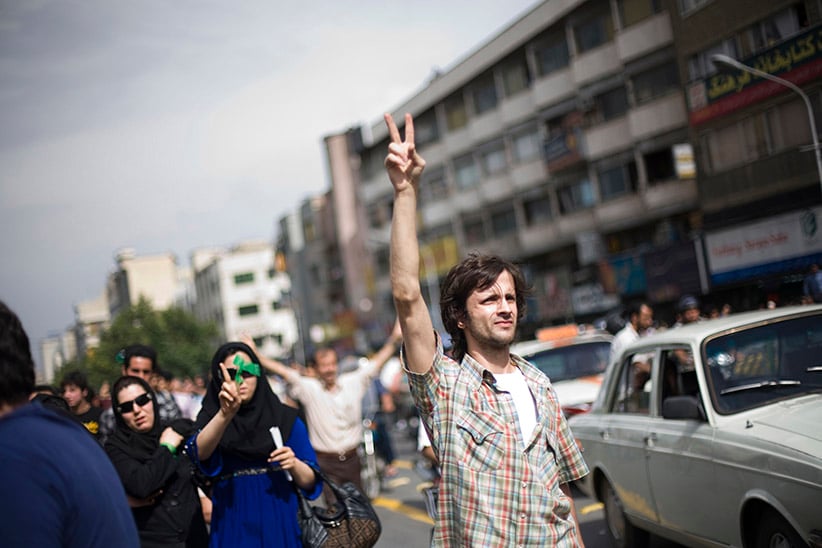 Imagine for a moment Iran is not as it seems—that behind the thick cloak of self-professed extremisms, human rights abuses and disregard for international law is another Iranian Republic. In this version, intellectuals discuss the issues of a just society; Plato and Marx are debated and fused with the philosophy of Islamic thinkers like Al-Farabi, Rumi and Mulla Sadra; free-thinking religious scholars rub shoulders with reformists and secular intellectuals and their visions for Islamic politics rest not on blind faith, but the interplay of logic and reason.

That this Iran exists is a fact often overlooked in debates over Iran’s nuclear program or the brutality of its regimes. But this more accurate Iran is the one Laura Secor explores in her first book, Children of Paradise: The Struggle for the Soul of Iran. By Secor’s accounting, Iran has never been the singularly theocratic state its hardliners and foreign critics wish it to be. It is an experiment that has been taking shape for centuries. The 1979 Islamic revolution ushered in a new era. But its outcome remains uncertain: Even after nearly four decades, the struggle for Iran’s soul rages.

Secor focuses on this tumultuous period. The revolution, she points out, was never about clerical rule. The wide-ranging popular support Ayatollah Khomeini commanded in 1979 was the product of a unified opposition to the excesses of the Western-backed Shah. Leftists and secularists, moderate clerics and religious intellectuals all gathered around a persuasive central personality. What came after the revolution took many by surprise. Leftist purges in 1981 that left an estimated 2,665 people dead were the first sign that things were not going as many had hoped.

The response was typically Iranian. “Iran does not have a culture of passive citizenship, despite the best efforts of its rulers, past and present,” Secor writes in her lucid prose. “What it does have in many quarters is a restless determination to challenge injustice and seize control of its destiny.” In the wake of the purges, intellectuals and students began publishing newspapers and books, holding talks criticizing clerical rule. Leading figures emerged, like Abdolkarim Soroush, the celebrated intellectual who initially supported Khomeini but eventually became one of his fiercest critics. And Ebrahim Asgharzadeh, one of the leaders behind the 1979 hostage crisis who, by the early 1990s, was a founding member of Iran’s reform movement.

Secor charts the journeys of these forces through the tense years of the Iran–Iraq war on into the dark period of their persecution.

It’s no bedtime story, the worst of the suffering playing out in the “miracle room,” a term coined by reformist blogger Shahram Rafizadeh to describe the secret prison in Tehran where regime critics miraculously transformed into supporters. The horror of those years, in the mid-’90s, broke the reform movement. It has never been the same since.

And yet, in its way, it endures. Newly elected President Hassan Rouhani promised to chart a new course of re-engagement with the international community. Iranians were understandably suspicious. The spectacular failure of the reform movement had left them doubtful that a man once associated with the hardliners would make any meaningful change. Nonetheless, the “restless determination” Secor describes would not sit still. “In my past experience, Iran’s repressive apparatus had the presence of a snake coiled out of view,” she writes. “In 2012, the menace was in the open, the subject of jokes and cynical asides even among compliant bureaucrats.”

By 2013, the last time this reporter was in Iran, it had spread and become something more dangerous for the regime, a simmering discontent fed by the hardships imposed by sanctions. But today, everyday Iranians, many of whom long for change, have learned the lessons of their reformist predecessors: the clerics wield too much power for them to confront directly. They have had to master the art of breaking taboos without appearing to do so, pushing limits incrementally so that progress is nearly imperceptible.

The challenges they face are, from an outside perspective, counterintuitive. Western support for democratic institutions in Iran, for instance, has had a negative impact on the reform movement. The fear of foreign interference, as much a product of fanciful conspiracy theories as the very real history of foreign meddling in Iran, remains a powerful force in Iranian society. “The ethos of Iranian independence from foreign powers ran deep,” Secor writes, “and it was not solely the property of the conservatives. When the administration of George W. Bush set aside money for the Iranian opposition, the Iranian opposition, aghast, refused it.”

Indeed, for Iran to change, it must do so on its own terms, a fact Iranians have been trying to convey for years. Now, as their country re-emerges, Iranians are again cautiously optimistic. It is a critical moment. Many of the reform figures Secor covers are in exile, some in Canada, while others are under house arrest in Iran. But if there is one thing her narrative makes clear it is that the foundation for a new Iran these men and women laid remains. We would be wise to not undermine their costly efforts.