The ISIS leader who once received Canadian military training 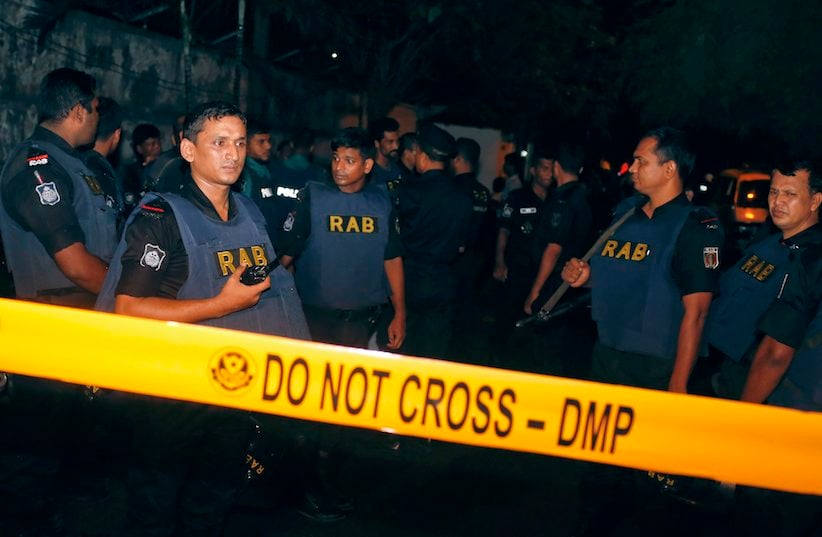 A former Bangladeshi military officer who played a key role in this past summer’s deadly terrorist attacks in Dhaka once received military training in Canada, a Department of National Defence source has confirmed to Maclean’s.

The news follows confirmation last June that Windsor, Ont.-native Tamim Chowdhury, who had been on Canada’s terrorism watchlist since 2013, had emerged as the leader of Islamic State’s Bangladeshi affiliate. Now it appears his second in command also had a Canadian connection, bringing the total to four people linked to Canada who have been accused in Bangladesh recently of being members of Islamic State.

The latest development is perhaps the most disturbing. The man, identified by Bangladeshi media as Muhammad Jahidul Islam and known to his extremist cohorts as Major Murad, was a retired major from the Bangladeshi military, according to press reports, and Chowdhury’s “right hand man.” Investigators in Bangladesh say Islam had retired from the military in July 2015 after returning home from Canada and described him as the man responsible for training the attackers who targeted the Holy Artisan Bakery, an upscale cafe in the Bangladeshi capital, Dhaka, killing 29, including 18 foreigners.

He died in a hail of bullets after police raided his hideout in an apartment north of the city on Sept. 2.

According to an investigation carried out by Amarnath Amarasingam, a terrorism expert at the University of Waterloo, a source in Bangladesh says Islam was in Canada as part of an officer training program for military personnel from developing countries: the Directorate-Military Training and Cooperation (DMTC) at the Army Staff College in Kingston, Ont. Another source in Bangladesh also told Maclean’s that Islam received military training in Canada as part of the program.

A DND spokesperson said Ottawa is aware of reports that Islam trained in Canada. “We are currently looking into the matter, but cannot confirm the information at the moment,” Daniel Le Bouthillier, head of media relations, wrote in an email response to a Maclean’s query.

But the DND source, requesting anonymity, confirmed that Islam attended the college from June to December 2014, though it’s unclear if he remained in Canada for any time after his training or returned immediately to Bangladesh. He added that he was part of a small contingent of Bangladeshi officers—”under 10″—who came to Canada for training.

“The family claims [Islam] showed no radical tendencies before he left Bangladesh,” Amarasingam says, “and that he came back from Canada acting differently, more conservative.”

The former head of the DMTC, Andrew Rasiulis, says he is shocked that a person could potentially radicalize in the Staff College. “It’s obviously not a place you would expect a person to develop extremist tendencies,” Rasiulis, who retired in June 2014 and is now a fellow at the Canadian Global Affairs Institute, says.  “If this proves true, then Canada will need to look seriously at how it recruits candidates.”

It’s unclear what happened to Islam while he was in Canada but the connection to Chowdhury paints a much more complex picture of a potential militant network that appears to have evaded Canadian authorities.

On Aug. 24, Bangladeshi media also reported the arrest of Rasheduzzaman Rose, a former international student at St. Mary’s University in Halifax who graduated in 2012 with a degree in economics before returning home and joining the militant Jama’atul Mujahideen Bangladesh, or JMB.  The JMB fractured in late 2014 with one faction, headed by Chowdhury, declaring allegiance to Islamic State. Rose is described as the interim chief of that group’s southern region.

Another Bangladeshi student studying in Canada, Tahmid Hasib Khan, remains in prison in Bangladesh on charges that he aided in the attack on the Holy Artisan Bakery. His family denies he had any connection to the group and was simply in the wrong place at the wrong time.

But it is Islam’s possible connection to Canada’s decades-old officer training program that has rung alarm bells. Rasiulis says Islam would have been recruited directly from the Bangladeshi military for the Army Staff Officers Course in Kingston. “Bangladesh is definitely part of the program,” he says. “Its purpose is to train officers from developing countries for deployments on peacekeeping missions.”

The normal vetting procedures in place would not even have considered potential links to terrorism, Rasiulis adds, particularly from a country like Bangladesh, which for Canada was seen as a “golden country” in terms of its military resources.

Things have clearly changed. Over the past three years, Bangladesh has become an increasingly fertile ground for militants. Brutal machete attacks on secular bloggers have put the Bangladeshi authorities on alert. But it was the assault on the Holy Artisan Bakery that brought Islamic State’s presence there to the world’s attention.

Bangladeshi authorities say Islam was the brains behind the operation and the man who prepared the attackers. He was likely also in contact with them throughout the nearly 12-hour assault.

“This is exactly the kind of stuff he would have learned during his time in Kingston,” Rasiulis says. “When I was heading up the training program, we weren’t worried about importing terrorists. But ISIS is a new and evolving threat. Clearly our vetting procedures will now have to evolve as well.”