The fall of Ramadi isn’t a disaster. It’s a chance to try and bridge Iraq’s sectarian divide. 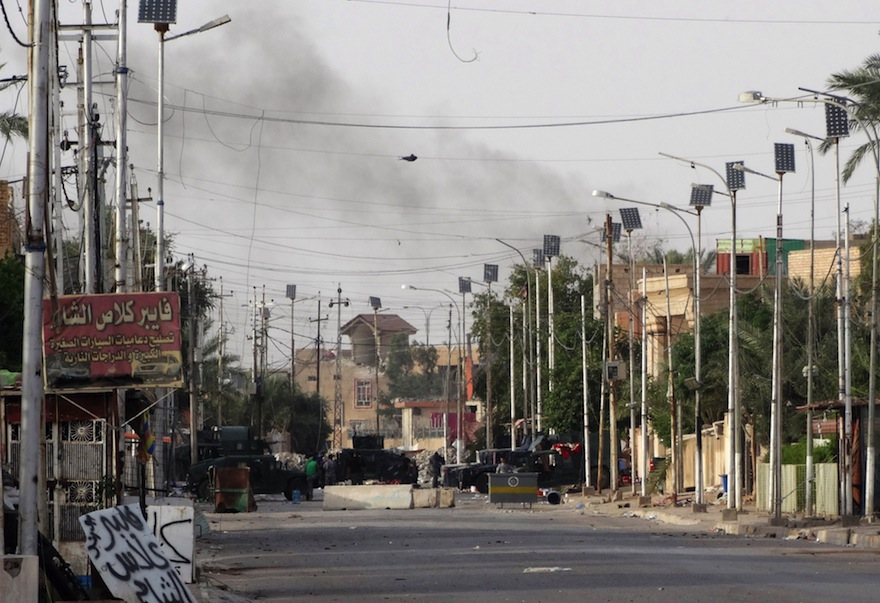 It didn’t take long, after news broke on Sunday of the self-styled Islamic State taking control of Ramadi, for the doomsayers to go into overdrive. The fall of the key Iraqi city, the gateway to the western desert and capital of the Sunni-dominated al-Anbar province, is being billed as another sign of the strength of the world’s most violent militant group and the weakness of the forces arrayed against it.

“ISIS takes control of Ramadi, Iraqi troops flee,” an Associated Press headline read. “ISIS seizes key Iraqi city of Ramadi: What happens next?” asked CNN. The reports make it seem as if Islamic State suddenly swept into Ramadi, as it did in Mosul in June 2014, frightened away an incompetent Iraqi army, and is now poised to catapult Iraq into a final phase of implosion.

But the reality is, neither did Iraqi troops “flee,” nor did Islamic State “seize.” There are a few things wrong with the way the so-called fall of Ramadi is being portrayed.

First and foremost is the notion that this is all happening suddenly. It’s not: Islamic State has been trying to take control of al-Anbar province since 2013. The region was the stronghold of al-Qaeda in Iraq, Islamic State’s precursor. Since the onset of the Syrian civil war, Anbar has become Islamic State’s natural home, a vast, sparsely populated region dominated by Sunni Muslims with a long, unprotected border with Syria.

Ramadi occupies a key geographical position on the main road to Syria and has been in Islamic State’s sights for some time. Some observers have argued that the group’s recent losses in other parts of Iraq—Tikrit, for instance—have enabled it to redouble its efforts to take Ramadi, which represents a much bigger strategic prize.

Those efforts began more than a year ago, prompted by a breakdown in the relationship between local Sunnis and the Shia-led Iraqi government. The single event that opened the door for Islamic State was the December 2013 arrest of Ahmed al-Alwani, a member of the Iraqi parliament and a powerful tribal leader from Ramadi, on terrorism charges.

His detention was part of a larger anti-Sunni program initiated by then-prime minister Nouri al-Maliki, a Shia infamous for his anti-Sunni policies, which included targeting powerful Sunni leaders in al-Anbar, particularly those who led Awakening Councils, the tribal militias set up with the help of the U.S. in 2006 to counter the influence of al-Qaeda in Iraq.

In December 2013, the arrest of Alwani triggered a standoff between Sunni militias and Iraqi forces in Ramadi, giving Islamic State fighters the opportunity they needed to make a move on the city. While Iraqi forces and Sunni militiamen were squaring off against each other, Islamic State militants took control of several suburbs, forcing out civilians and creating an ideal setting for a guerrilla war.

Since then, Ramadi has remained a contested city, with Islamic State entrenched in an urban war that perfectly suits their style of fighting and expertise. Air assaults, carried out by the U.S.-led coalition, including Canada, are largely ineffective in such a setting, where fighters enjoy mobility and cover.

What’s needed are ground troops, which the Iraqi army has provided. But, as journalist Raed El-Hamed pointed out in a June 2014 analysis for the Carnegie Endowment, Islamic State militants have the advantage because of their “superior combat experience dating back to the Saddam Hussein era, and insurgency training acquired during the U.S. occupation.”

“The government troops, in comparison,” he warned, “are largely inexperienced units and are highly dependent on the [Shia] militias.”

It’s these militias that will take the fight to Islamic State in Ramadi, something current Iraqi Prime Minister Haider al-Abadi has avoided until now. It was not until the Iraqi army was forced to retreat that Abadi gave the order for the militias to advance, asking Sunnis to fight alongside their Shia brothers against the bigger enemy.

Ramadi now faces an extremely volatile future. If the Shia militias are successful in pushing Islamic State out, will they then concede control of the city to local Sunni leaders? Some Sunnis have condemned Abadi’s move, characterizing it as a Shia attempt to take over Anbar; others are taking a more practical approach, agreeing to join the militia advance.

This will now be a major test of whether or not Iraq can overcome its deep sectarian divisions. Ramadi’s fall to Islamic State was not a demonstration of the militant group’s strength, but, rather, a symptom of the underlying systemic problems that brought Iraq to where it is now. The city now represents how successful Iraq’s new leadership has been in mending sectarian fences. Retaking it will either prove or condemn President Obama’s strategy: Can Iraqis come together for the greater good?