John Beeden’s long and winding row across the Pacific

John Beeden, the 59-year-old Canadian who rowed from San Francisco to Australia in 209 days, discusses his solo expedition 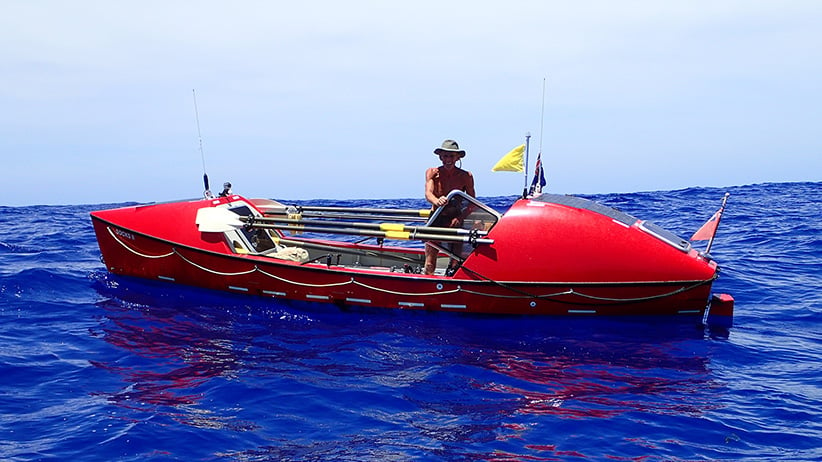 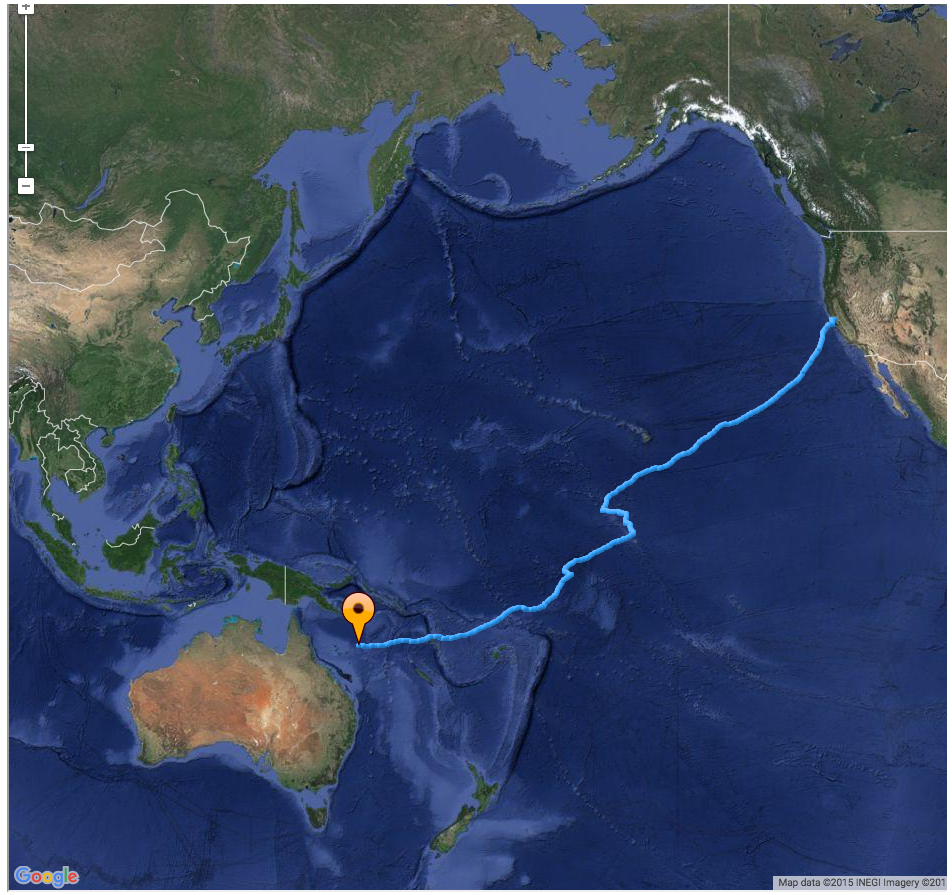 The last time John Beeden , 53, touched dry land was on May 31 in San Francisco. The Burlington, Ont., resident has now been rowing for close to 200 days, endeavouring to become the first person to complete a solo, non-stop crossing of the Pacific Ocean. (No one has even attempted the route since the late Peter Bird had to be rescued just off the Great Barrier Reef in 1983.) The trip—in a specially designed six-metre boat with satellite navigation and lots of safety features—has already taken longer than anticipated. But if all goes well, he’ll complete his journey in Australia, right around Christmas Day, and celebrate with his wife and two daughters. He talked about his epic voyage in an email interview from the middle of the Coral Sea, south of Papua New Guinea. You can follow his daily progress here.

Q: Where are you right now, and what are the conditions like?

Q: What’s the plan for your finish? Are you shooting for a specific location and time?

A: Marlin Marina in Cairns, daylight is imperative but it’s pretty impossible to predict a time this far out. Currently estimating between 23rd and 26th of December. 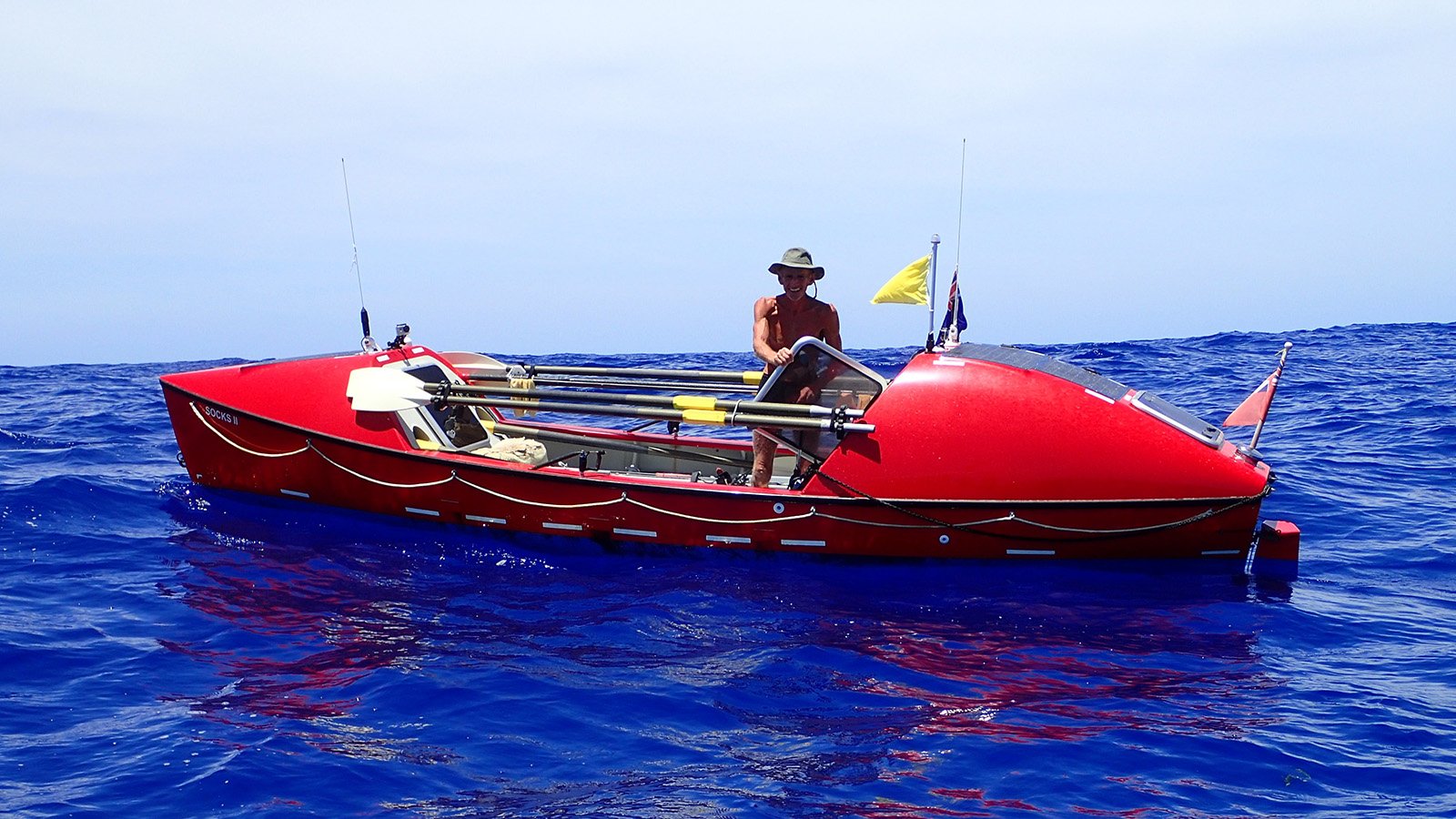 Q: You’ve been at this for more than six months. Even with the satellite phone and email access it must be a lonely venture. How do you cope?

A: I have a sat phone and can send and receive plain text emails and SMS messages, no web access. There’s a lot to do so you’re busy all the time. You’re awake. I get my messages from home and friends so loneliness is not really an issue.

Q: Are there books or music or other forms of entertainment that you’ve been consuming?

A: When I left San Francisco I messed up the update on my iPod so I’ve had no entertainment at all until the resupply a couple of weeks ago when Cheryl sent an iPad mini. I thought it would be a problem at first but I didn’t really miss the iPod after a while. I’ve listened to some music in my last evening session since Vanuatu but that’s about it.

Q: You’ve been eating mostly dehydrated food. Is there any part of it that you still look forward to? And is there something that you will never eat again once you make shore?

A: I like the curries I have on board, I have three different types and they are all good. I wouldn’t eat any of the dehydrated food onshore. While it’s okay for the trip, I’d rather eat fresh food. 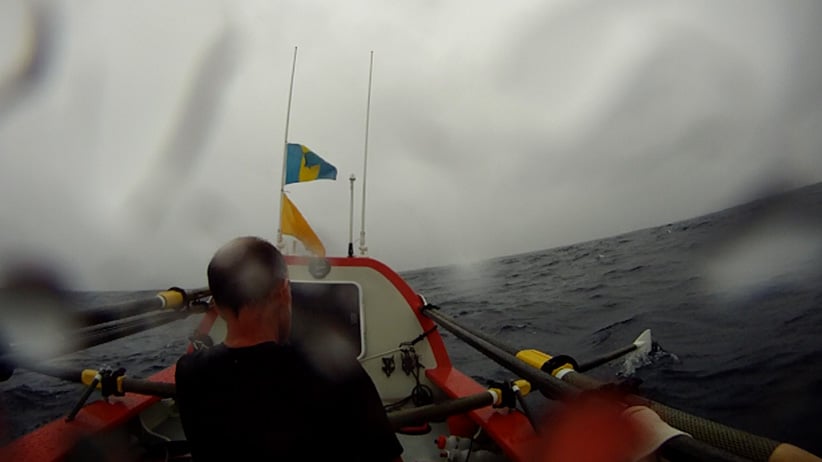 Q: How many calories a day are you consuming?

A: About 4,000. I’m not large [he’s lost 10 kg from his marathon runner’s frame over the course of the voyage] and also getting old, so my metabolism has slowed down; 4,000 is the maximum I would eat in a day.

Q: Were you able to replenish your supplies at any point?

A: I was trying to do the journey solo, non-stop and unassisted. Unfortunately, because I’m a month late, I was running out of food, so we did a resupply at Vanuatu. That means I can’t claim the “unassisted” anymore. The resupply was done at sea, so the “non-stop” is unaffected.

Q: You’ve taken a purist’s view when it comes to your boat—no autopilot, a design that doesn’t make use of the wind, no technical cheats. Why?

A: If you’re rowing you should be rowing. All these little cheats, as you call them, reduce the challenge. If you want to sail, buy a sailing boat. I don’t want to wake up in 10 years and think, “I really should have done that row without help.” 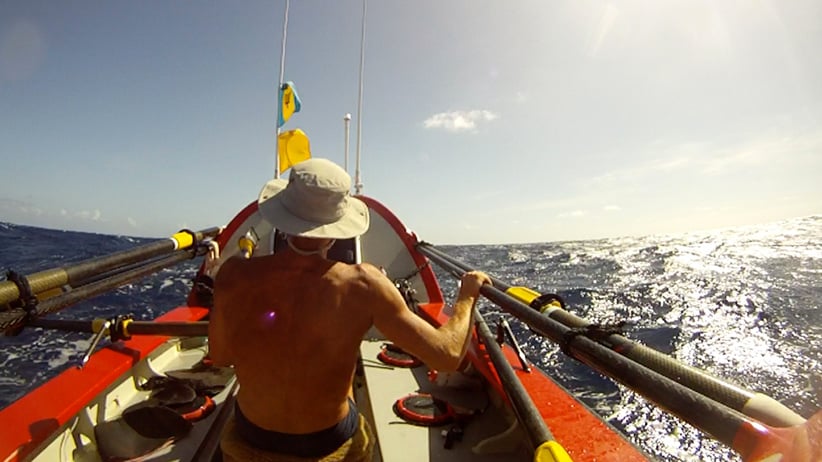 A: I row for 13.5 or 14 hours a day, I get up at 2 a.m. local, I have one-hour break spread over the day to prepare food. The only other break I have is in the evening when I have about two hours to clean the boat, clean me, eat, write the blog and then it’s to bed as soon as possible. I try to get five hours sleep but usually it’s three or four, at best, depending on the weather.

Q: The current often works against you when you stop, pushing you back the way you came. What do you do to try and minimize that drift?

A: I try to control the boat with the rudder, if the wind is hard against, I have the para-anchor. But sometimes you just have to go backwards.

A: The Inter Tropical Convergence Zone (ITCZ), from 10 degrees north to 10 degrees south. It’s the doldrums, which contrary to their name are one squall after another, wind from all directions and very difficult to pass. The equatorial counter-current is in the centre, this is a 250-nm-wide current running east at up to three knots. If you don’t get across it, you’ll end up in Peru. Then there is 150 nm of mixed current, spinning you in circles, pushing you back. I rowed a number of 28-hour days with only a couple of 20-minute naps to get free from the currents.

Q: What still lies ahead?

A: The Great Barrier Reef is the last big challenge, it’s about 300 nm away.

Q: You took this challenge on because you rowed across the Atlantic in 2011 and found that it was a little too easy. Are you satisfied?

A: Well, not easy, but I didn’t feel like I was pushed to the edge and really tested. I’ve looked over the edge plenty on this trip, been in situations I thought I would never get out of. So yes, I found the challenge I was looking for.

Q: What will you do for an encore?

A: Spend a summer at the cottage, row my scull on the lake but never be more than six miles away from home. 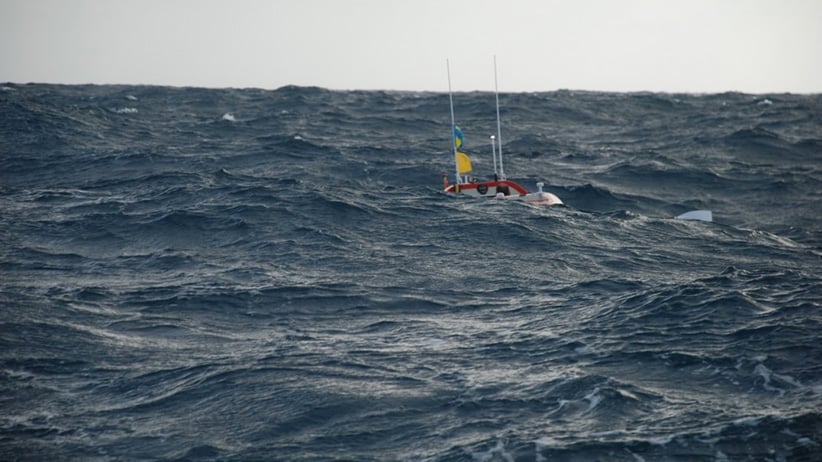