How the Middle East is losing its religions 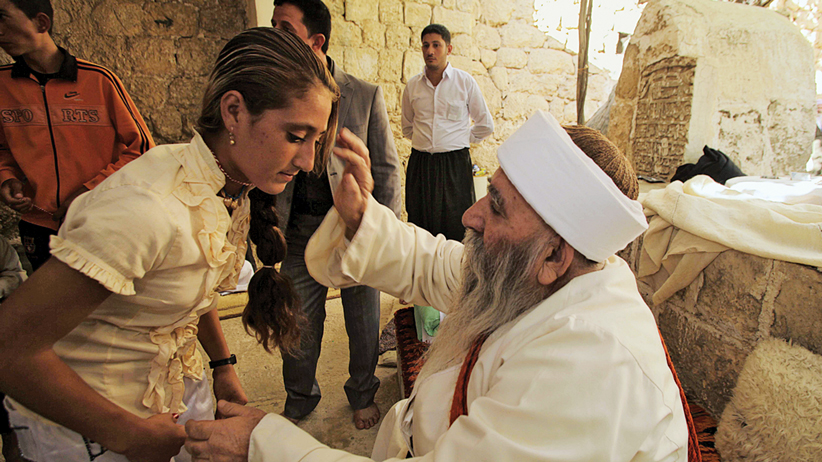 For Westerners inclined to think of the Middle East as a vast Islamic sea dotted with islands of the other two Abrahamic faiths—Christianity and Judaism—last summer’s scenes in Iraq were as surprising as they were horrific. Who were the Yazidis whom the fundamentalists fanatics of Islamic State were murdering, kidnapping and ultimately besieging on Mount Sinjar? And what was the meaning of the belief—widespread even among peaceful Muslims—that the Yazidis, a Kurdish-speaking minority, were devil worshippers?

Gerard Russell, a former British diplomat fluent in Arabic and Farsi, was as shocked as anyone, but he wasn’t surprised. He had already spent years writing Heirs to Forgotten Kingdoms: Journeys into the Disappearing Religions of the Middle East, and he was aware that in 2007 four co-ordinated suicide bombs had killed 796 Yazidis in modern history’s second-deadliest terrorism attack after 9/11. “I went back there in late August,” Russell says in an interview from London, “and found them in refugee camps. They’d had the stuffing knocked out of them. They want out, to go to the West, and I don’t blame them, but that will mean, for them and other minorities, the end of thousands of years of history.”

In Heirs, Russell seeks out and finds people who may forbid wearing the colour blue, make moustaches obligatory for men, believe in reincarnation, revere fire, peacocks or multiple baptisms. There are Mandaeans—Iraqi marsh dwellers who celebrate John the Baptist but are no more than polite about Jesus and outright reject Abraham—some of whose rituals have millennia-old Babylonian roots; Zoroastrians, adherents of ancient Persia’s pre-Islamic faith; Druze, whose religion makes no demands upon them, save that they marry within it—a precept Amal Alamuddin ignored when she wed George Clooney in September; Samaritans, now down to a mere 750 individuals in two communities in Israel; Egypt’s Christian Copts; the polytheistic Kalasha of Afghanistan; and Yazidis.

It’s the Yazidis who forbid blue, although they no longer remember why, and demand moustaches. Their God is too ineffable to take much action on Earth, and the major force for good or ill is His lieutenant, Melek Taoos, visualized as the Peacock Angel. That’s already troublesome for the Yazidis in the Middle East, where the Druze believe the tempter in Eden was not a serpent but a peacock. Far worse, though, in the opinion of their Muslim neighbours, the Yazidis equate Melek Taoos with Iblis, the chief rebel angel, who Muslims equate with Satan. But their reverence, the Yazidis counter, is because of Iblis’s repentance—he eventually put out all the fires of hell with his tears, and was restored to his former position as chief angel. “Far from worshipping the devil,” Russell says, “the Yazidis believe there is no such entity.”

Like the other minority faiths, the Yazidis are witnesses to an older form of religion, says Russell, who is a Roman Catholic. “Christianity and Islam are ideological religions—there is doctrine and practice not tied to ethnicity. With the Yazidis and Mandaeans, a distinct people has its distinct gods; they are all passionate for their religion, even when they don’t know it in detail. It is a marker of who they are, like language or ethnicity elsewhere. They are not missionary religions and they maintain themselves by strict controls on marrying out.”

That particular control will be hard to maintain as they disperse as refugees among many Western nations. Visiting a Yazidi acquaintance in Buffalo, N.Y., Russell ponders the future of the family’s teen daughter: since Yazidis must marry within their social caste as well as their faith, there are no more than a handful of eligible men for her in all of North America. “Of course, the Internet will help,” Russell acknowledges, “so they could find a husband in Sweden or Germany. But the young can’t be denied their free choices in the West.”

That’s why Russell was feeling a mix of emotions as he wandered a supermarket in metropolitan Detroit. Even Iraqi Christians, the country’s largest religious minority—1.4-million strong as recently as the 1990s—have been decimated by violence, persecution and ﬂight. In the middle of modern Americana—among the cereal boxes, vegetables and soup cans—Russell heard women speaking in Aramaic, the everyday language of the Holy Land in the time of Jesus Christ. “You can now hear more Aramaic in Detroit than in Baghdad,” he says.

He felt uplifted and sad at the same time. “I was glad so many were personally secure,” says Russell, but he couldn’t help but worry about all those scattered ancient peoples as distinct cultures. “They can try to recreate their lives and their communities here, but it won’t be easy and it won’t be the same.”