The Netherlands gets their first king in 123 years 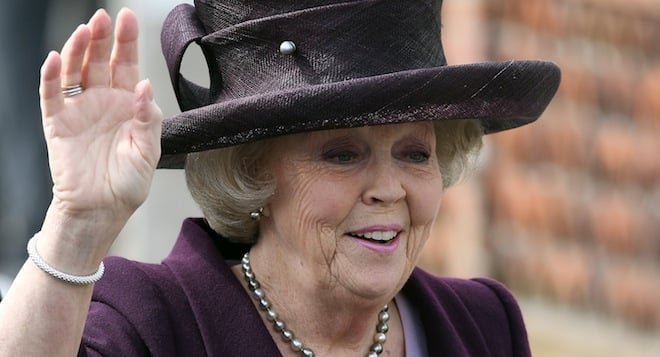 There hasn’t been a Dutch king since 1890, when William III died, leaving his 10-year-old daughter Wilhelmina as monarch. Since then there have been two traditions for Dutch monarchs: they’ve all been woman and they’ve all abdicated. But that tradition ended today when Queen Beatrix announced she is abdicating in favour of her heir and oldest son, Willem-Alexander, age 45. In a televised address, she told her country, “Responsibility for our country must now lie in the hands of a new generation.” His coronation will be on April 30, the nation’s holiday.

While this transition would spark a national crisis in most other monarchies—”abdication” is a verbotem term in Britain because of the crisis caused when Edward VIII gave up the throne—it has become standard operating procedure in the Netherlands, where the throne is a largely ceremonial post. Beatrix, who will turn 75 on Thursday, has been monarch since 1980, when her mother Juliana abdicated at age 70 after 31 years on the throne. Before that, Wilhelmina abdicated in 1948 at the age of 68.

The announcement, while not expected, wasn’t a complete surprise. The last decade has been hard on Beatrix. In 2002, her husband, Claus, died after suffering from severe depression. In 2009, the queen and other members of the royal family watched in horror as a would-be assassin drove his car into crowds watching the royals in the national Queen’s Day holiday parade. Eight died.

And last March her second son, Prince Johan Friso, was buried in an avalanche in Austria, suffering massive brain damage. He remains in a coma in a London hospital. The queen flies back and forth between the Netherlands and Britain every week or so to visit him and his family, who are based in London.

And certainly, she’s done her best to prepare Willem-Alexander for the throne. In recent years, the widowed Beatrix has taken her son and daughter-in-law, Máxima, on foreign tours. Beatrix would accompany them for all the big, head-of-state duties, while Willem-Alexander and Máxima would undertake secondary engagements on the tour san Beatrix. They just finished one in Singapore last week.

So the Netherlands will have a coronation on April 30. And while it gets its first man on the throne in more than a century, Willem-Alexander will only be a blip. He’s got three daughters, with the eldest, Catharina-Amalia set to follow in her father’s path.