The new most powerful man in the Middle East 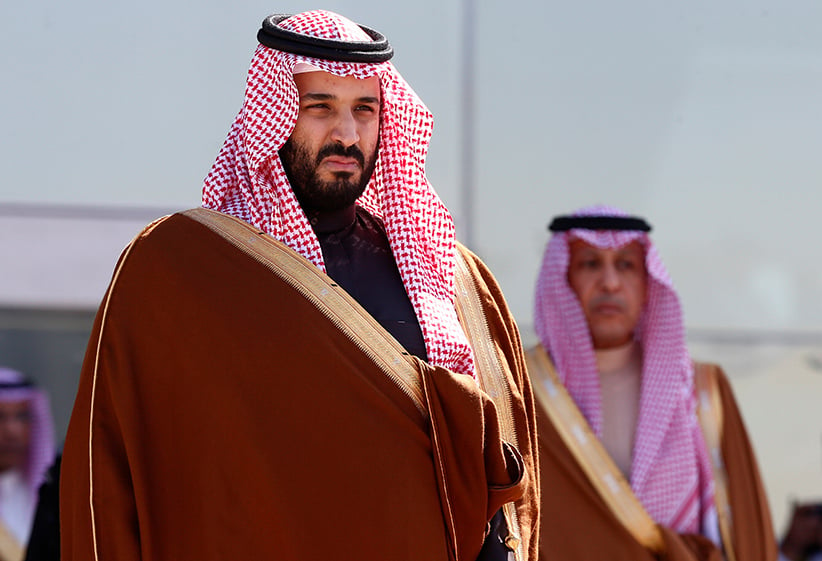 After a month of eye-popping events in the Middle East it only seems natural that a royal intrigue should be added to the mix. In a move reminiscent of Game of Thrones, King Salman Abdulaziz al-Saud of Saudi Arabia has elevated his 31-year-old son, Mohammed bin Salman, to crown prince. The move puts the final nail on the wishes of King Salman’s predecessor, King Abdullah, who had named his nephew, Mohammed bin Nayef, as the man to take the crown after Salman’s death.

It appears King Salman wasn’t listening. Since his succession to the throne in 2015, the octogenarian monarch has never hidden his preference for his son over a long list of more senior princes. In one of his first acts as king, he appointed the then 29-year-old upstart as defence minister, the youngest person in the world to occupy such a crucial post. He also gave him free reign over Saudi Arabia’s languishing economy.

His track record has been a radical departure from the statist policies of his predecessors. He has promised a privatization campaign that makes Margaret Thatcher and Ronald Reagan look like neoliberal neophytes. Virtually everything is up for sale, from health care to education, to Saudi Aramco, the oil giant that is the backbone of the Saudi economy.

At the end of April, the Saudi government announced it expected to raise $200 billion in coming years by selling assets in a number of key sectors from electricity generation to agriculture. That would go a long way to cover the costs of a massive 10-year, $350-billion arms deal the royals signed with the U.S. during President Donald Trump’s visit to the kingdom in May, and help reduce the deficit, which stood at $79 billion last year.

As defence minister, bin Salman has proven more of a hawk than even Trump. While the latter promised to “bomb the s—t out of ISIS” during his election campaign, bin Salman has been actively bombing the s—t out of Iranian-backed Houthi rebels in Yemen since 2015 and along with them, an unknown number of civilians, prompting human rights organizations to accuse the Saudi military of war crimes.

RELATED: Why Canada should boost its economic ties to Saudi Arabia

But that hasn’t fazed bin Salman, who doubled-down on his reputation for muscle-flexing when he gathered together a coalition of Middle Eastern countries and imposed a blockade on Qatar, ratcheting up regional tensions to an almost an unprecedented level.

While senior members of the U.S. administration cringed, Trump tweeted his support for the move. “So good to see the Saudi Arabia visit with the King and 50 countries already paying off,” he wrote on June 6. “They said they would take a hard line on funding extremism, and all reference was pointing to Qatar. Perhaps this will be the beginning of the end to the horror of terrorism!”

Trump’s support for bin Salman was no coincidence. In the lead-up to the May presidential tour of the Middle East, bin Salman actively pursued a closer relationship with the incoming U.S. administration, and Trump in particular. Sensing a sea-change in the U.S. relationship with the conservative kingdom, the ambitious prince had embarked on a public relations blitz, giving interviews with major news organizations and making frequent trips to the U.S.

According to Dr. Madawi al-Rasheed, a visiting professor at the Middle East Institute at the London School of Economics, who predicted the palace coup in an article published on June 16, bin Salman told Trump that he, not Mohammed bin Nayef, would be Saudi Arabia’s future king. The PR-savvy prince also dangled all the right carrots, she added, “promising lavish investments in the U.S. economy, ordering more weapons, and vowing to be yet another Washington man in Riyadh to fight terrorism.”

READ MORE: Why would Saudi Arabia execute a Shia cleric? It’s all about America.

The self-promotion appears to have paid off, at least in the short term. Now, as Crown Prince, bin Salman has been elevated to the status of the most powerful man in the Middle East, in practical terms, the man in control of Saudi Arabia, with the ear of the U.S. president.

But Rasheed cautions his position is far from secure. The elder Mohammed bin Nayef remains a powerful force in Saudi Arabia’s “deep state”, despite being stripped of his posts, including control over the interior ministry, internal security and anti-terrorism apparatus, intelligence services and perhaps most significantly, the religious institutions.

Bin Salman has promised to curb the powers of Saudi Arabia’s Wahhabi clerics, a move that would likely empower bin Nayef and set the stage for a damaging confrontation between the country’s entrenched conservatives, representing Saudi Arabia’s older class, against a rising younger generation that feels its time has come.

For the time being, with King Salman alive and firmly backing his son, bin Nayef will likely bide his time. But at 81 years old and in poor health, the king’s days are undoubtedly numbered. If the succession process runs afoul, it could destabilize the entire kingdom, Rasheed warns.

And a Saudi Arabian monarchy at war with itself spells more trouble for the entire Middle East.