The Ontario woman who could become Iceland's first lady 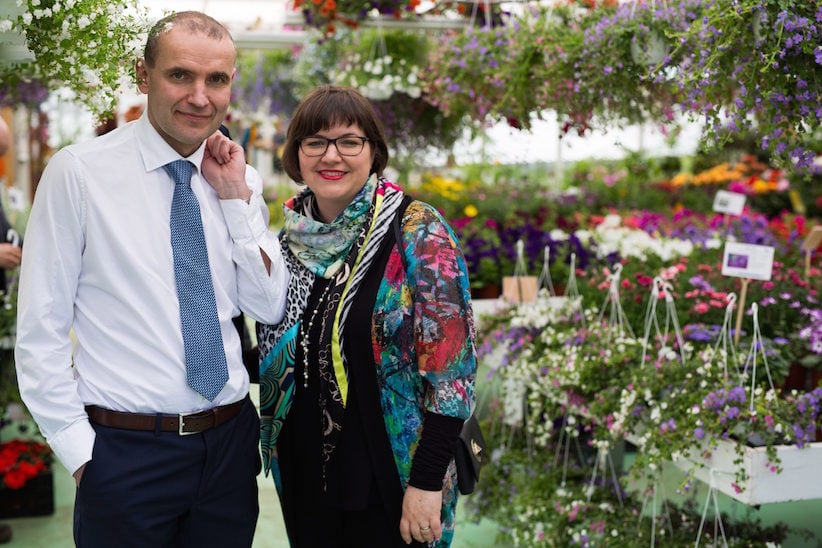 Eliza Reid and her husband, Gudni Johannesson, are shown in this handout image during his campaign in Iceland. THE CANADIAN PRESS/HO-Hakon Broder Lund

In just a few days an Ontario woman will find out if she is to become the first lady of Iceland.

Eliza Reid, who married an Icelandic history professor and moved to the Nordic country more than ten years ago, has found herself at the centre of an election campaign in which her husband has emerged as the front-runner for the office of the president.

The whirlwind race, and its implications for the future, have Reid grappling with the very real possibility of taking up a public position and having to move her family into the presidential residence.

“When I was growing up in the Ottawa Valley it would never have occurred to me that my future would have taken me in this direction,” said the 40-year-old. “I feel like I’ve been very welcomed by Icelandic society. It would be a tremendous honour to be able to have that role.”

As election day looms on June 25, Reid believes her Canadian background has helped in a campaign which cropped up “completely out of the blue.”

“As a Canadian, my stereotype is a bit that I am grounded and regular and don’t try to be something that I’m not,” said the mother of four who works as a writer and editor. “And I think those are things about us that appeal to the electorate, we’re just what you see is what you get.”

Reid met her husband, Gudni Johannesson, when they were both studying history in England. They moved to Iceland in 2003 and married a year later.

Running for the presidency — a largely ceremonial role which has been compared to Canada’s Governor General — only came up this spring, Reid said.

Iceland’s outgoing president first announced in his New Year address that he would not be seeking another term as the country’s head of state, prompting people to start declaring their interest, she said.

Some asked Reid’s husband, who is an academic expert on the history of the presidency, if he would consider running, but the suggestions weren’t initially acted upon, she said.

The situation changed in April, when the Panama Papers scandal revealed that the family of Iceland’s prime minister had offshore accounts, Reid said.

The prime minister ended up resigning, Johannesson was called upon to provide a fair bit of commentary on the matter, and his public profile rose, she said.

“He was seen as having intelligent, but non-partisan things to say about what was going on,” said Reid. “People just started calling our house, sending him Facebook messages and calling his cellphone…saying you should really consider running.”

After mulling it over with his family, Johannesson announced on May 5 that he would run for the presidency and has since emerged as the leading candidate.

“People don’t necessarily want a career politician as their head of state,” said Reid. “Gudni is seen as being very knowledgeable of the institution of the presidency, of its roles and limitations, but is also not seen as having his own private agenda.”

Since their campaign began, Reid has been by her husband’s side at almost every event, and says she has been received warmly by his supporters.

“People often elect the couple, especially because of this sort of figurehead capacity of (the role),” she said. “People like to know that I was born somewhere else but I’ve learned the language and have been taking part in society for a number of years.”