A crisis of leadership in Gaza

Hamas came to power as a slayer of corruption, not Zionism—and its support in Gaza may be crumbling 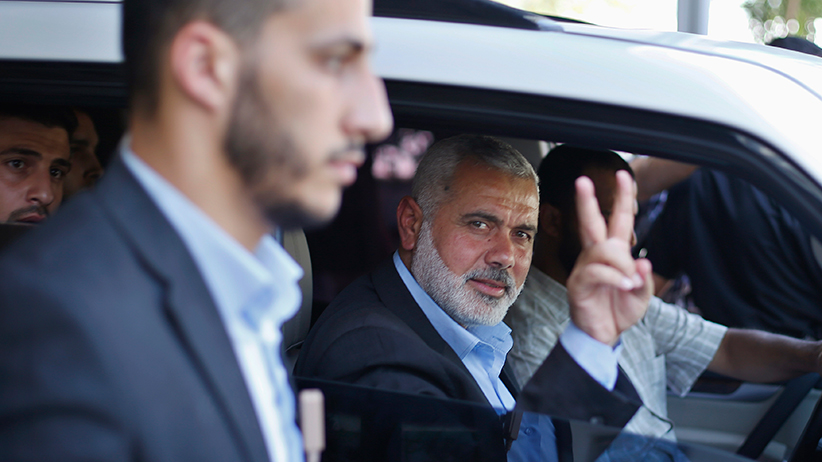 The people of Gaza are the architects of their own misery. Having voted Hamas into power eight years ago, they alone are to blame for the dizzying body count in that unpeaceable land. Some argue that the civilians, including dozens of children, killed in the Israeli bombardment are less collateral damage than the bloody consequences of voting for a radical Islamist group bent on the destruction of Israel.

As in 2006, 2008 and 2012, the Israeli government and scads of hawkish commentators alike have parroted this blinkered view that in voting for Hamas, Gazans are victims of their own anti-Israel hatred. In 2005, Hamas won a foothold in municipal elections; shortly before the legislative elections the following year, acting Israeli prime minister Ehud Olmert warned Gazans not to “choose again the extremists who have led them from tragedy to tragedy and to sorrowful lives.” Because they voted for Hamas, tragedy and sorrow inevitably followed. One reaps what one sows.

At best, the sentiment is incomplete; at worst, it is a wholly cynical justification to “bring the Gaza Strip back to the stone age,” as one widely read Israeli daily put it recently. Yes, Hamas is a hateful and violent organization whose charter calls for the destruction of Israel. Its claims that Jews were behind the French Revolution and both world wars, not to mention the Rotary Club, would look out of place with all but the most fevered anti-Semites.

But this isn’t why Palestinians voted for Hamas. Rather, Hamas positioned itself as a slayer of corruption, not Zionism. For this, we can thank Fatah, the long-serving linchpin of the PLO movement, and the poisonous legacy of its founder and longtime leader, Yasser Arafat.

By the time Hamas presented its candidates in the 2006 legislative elections, the Fatah party’s transformation from righteous liberation force to Palestine’s corrupted status quo was long complete. Under Arafat, who died in 2004, Fatah controlled just about every aspect of life in Gaza and the West Bank. Part Che Guevara, part Mother Theresa, Arafat was a living revolutionary who lived modestly, never doffing his beloved kaffiyeh, while demonstrating his limitless generosity by doling out cash from an aide’s ready briefcase to anyone who asked.

All the while, Arafat kept a jealous grip around the purse strings of his beloved (and imagined) Palestine. Every import, from flour to gasoline, passed through the weave of his fingers, with Palestinians typically paying double, or even triple, for life’s necessities as a result. A 2003 International Monetary Fund audit suggested he skimmed $900 million from the Palestinian Authority between 1995 and 2000 alone.

This stubbly and unkempt little man “used the money that he stole to buy influence, to provoke or diffuse conspiracies, to pay gunmen, and to collect hangers-on the way other men collect stamps or butterflies,” David Samuels wrote in a 2005 profile of Arafat. He died with billions spread out in bank accounts around the world, and his status as a darling of the left intact.

Not surprisingly, Palestinians were eager to see the end of Fatah’s legacy of institutionalized corruption—and Hamas was happy to oblige. Under Arafat, Hamas was the wartime equivalent of a useful idiot. He would “allow” Hamas to attack Israel, only to crack down on the group afterward, in the interests of diplomacy, if not plausible deniability.

Yet Hamas’s anti-corruption platform gave the group the legitimacy its artisanal bombs never could. Like Hezbollah in Lebanon, Hamas provided welfare and medical care to much of the West Bank and Gaza—services often only available to Arafat’s coterie. At the same time, Hamas dropped its call for Israel’s destruction and teased out the possibility of a peace treaty with its hated neighbour to the east. Having suffered at the hands of Fatah, Gazans quite naturally chose to vote the bums out. The rest is bloody history.

Contrary to the view of many commentators, most Palestinians want a peaceful solution to the current crisis. A Washington Institute poll, conducted just as the current tensions were ramping up, suggests that 70 per cent of Gazans support the continued ceasefire with Israel. Nearly 60 per cent of Gazans said the Fatah-Hamas unity government should renounce violence against Israel—if only because the overwhelming majority wants jobs there.

The Washington Institute poll further suggests that 66 per cent of Gazans see “corruption by Palestinians government officials” as a major problem. This juiciest of ironies is reflected by the facts on the ground: According to several news reports, former (and formerly penniless) Hamas prime minister Ismail Haniyeh recently purchased a $4-million seaside estate, among other properties, thanks largely to the black-market sale of subsidized fuel and a tax on goods flowing through the clandestine tunnels between Egypt and Gaza.

Bombarded and shell-shocked by yet another outsized military operation, it can hardly be comforting for Gazans to see how, for Hamas, Yasser Arafat seems less bogeyman than role model.