The plot to overthrow... Montenegro? 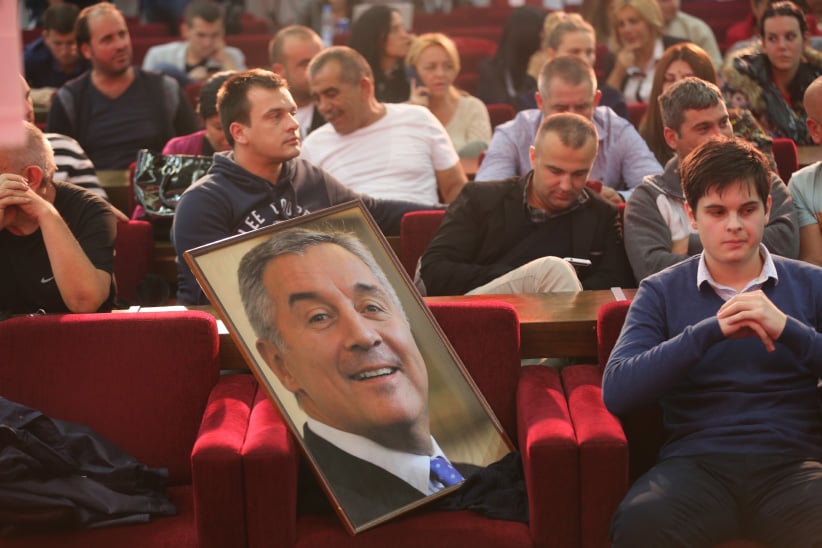 According to the story, unnamed sources had revealed that last October the Montenegrin government had intercepted an election day coup plot to stage a mass murder in the country’s parliament that would take down the Montenegrin Prime Minister with it. Serbian nationals had planned to sneak into the parliament and open fire on the crowd of politicians while dressed in police uniform making it look like the local constabulary had turning on the government. Subsequently, the plan was to install a pro-Russian government.

This news in itself is not actually that surprising, since there were in fact a series of arrests in Montenegro last October but at the time the conspiracy was blamed on Serb paramilitaries and Russian nationalists who have long sought to steer Montenegro off its long-held pro-Western course. The Whitehall sources, however, alleged that the plot was in fact directed by Russian intelligence officers with the support of Vladimir Putin himself. The aim? An attempt to sabotage the country’s plan to join NATO—which is still on course to happen later this year.

The startling allegation emerged last week as Russia’s foreign minister, Sergei Lavrov, tore into NATO, dismissing it as a “Cold War institution” in his speech at an international security conference in Munich.

Boris Johnson, the British Foreign Secretary, is reported to have met and discussed the alleged Montenegro plot with Rex Tillerson, his U.S. counterpart, last week.

Then on Monday, another piece of the puzzle emerged. Whitehall sources released to the media multiple passport images of the same man (under different aliases)—whom they say is a key Russian spy involved in the plot. His name is Eduard Shirokov and he is listed as a former Kremlin employee. The Polish government has confirmed he was kicked out of Poland for spying in 2014. There is currently an international warrant out for his arrest although he is believed to have returned to Russia.

Tensions in Montenegro, which sits precariously sandwiched between Croatia, Bosnia, Kosovo, Serbia and Albania on the Adriatic coast, have been running high in recent weeks. Over the weekend, the Montenegrin special prosecutor told local press that indictments would be made against 25 people in April. Additionally, two opposition MPs were stripped of their immunity from prosecution.

If it sounds like something out a Bond movie—or perhaps just a throw-back to the Balkans wars of the 1990s—then you’ve got the idea. For centuries the region has been a geo-political tinderbox and while Montenegro (a long-held Yugoslavian province that only became fully independent in 2006) escaped the worst of the bloody conflict in the 90s, it is increasingly under Russian scrutiny as it attempts to shore up its independence and strong ties to the West.

But with Donald Trump (with his curious affinity for Putin and ties with Russia) in the White House, the Balkans region is looking increasingly unstable. Historical tensions between Serbia and Kosovo are simmering again and tiny Montenegro, population just 600,000, is looking vulnerable to Russian interference if the U.S. abandons its historic policy of keeping the peace.

On Monday, Moscow flatly denied reports of the attempted coup and assassination through various spokesmen. Kremlin spokesman Dmitry Peskov dismissed the accusations as “absurd.” Lavrov, for his part, mocked the story as an outlandish fiction of the British press, right up there with well-documented stories of the Kremlin hacking into U.S. government emails in an effort to swing the election in favour of Trump. “I realize that the British media like to get involved, they have repeatedly conjured things up out of thin air, like the Litvinenko case—the way they interpreted that,” he said. “We haven’t been presented with a single fact, out of all these false allegations.”

Ex-Russian spy Alexander Litvinenko was poisoned by plutonium-spiked tea in London in 2006 – a British government inquiry into the case last year found his death had almost certainly been ordered by Putin himself.