The Pope did not bring peace to Washington

Francis’s visit was an interlude of joy in a terminally cynical town. But it would not last long. 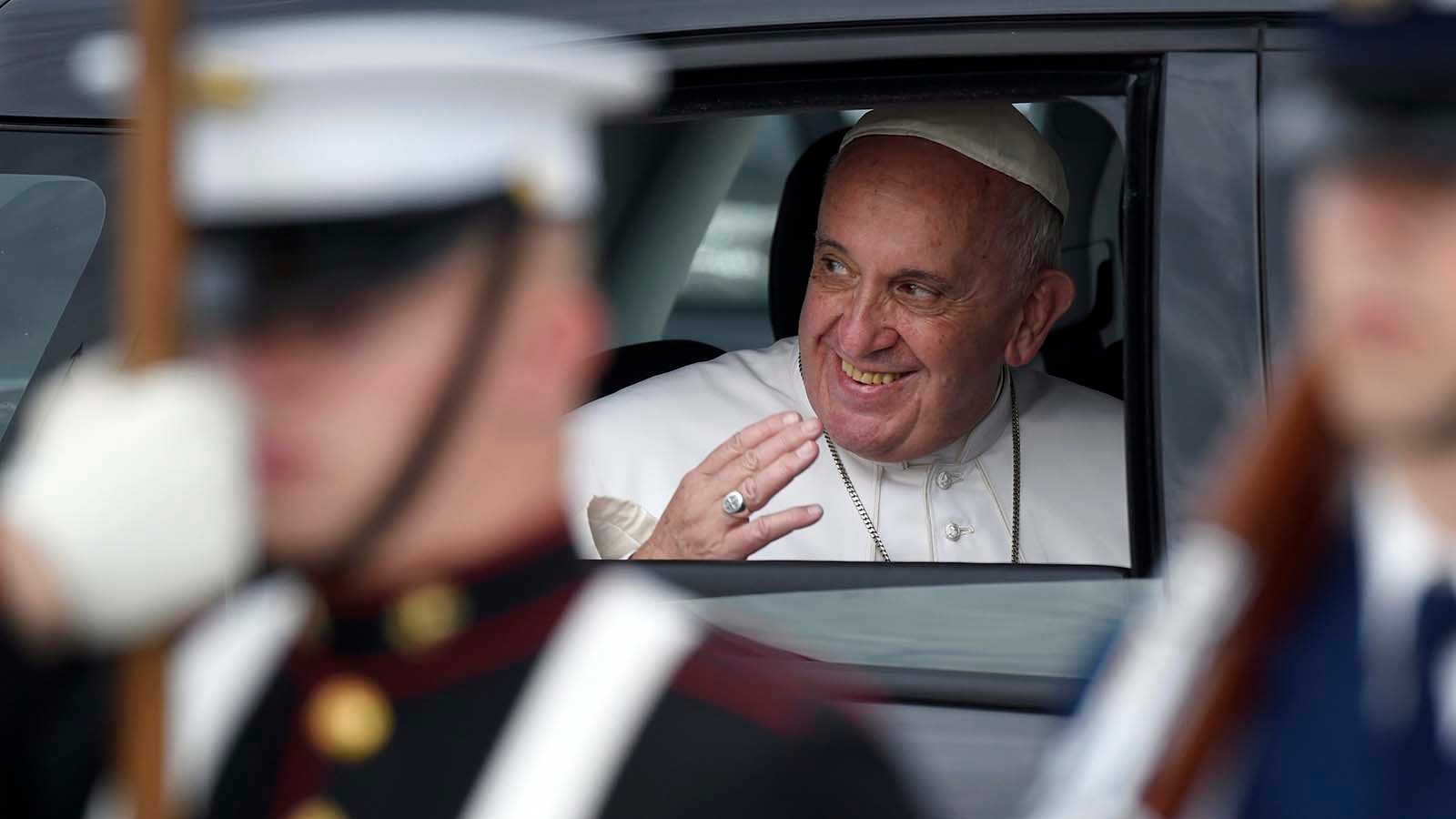 An extraordinary week in Washington and the outlying hamlets of New York City and Philadelphia turned even more bizarre Friday, one day after a papal appeal for compassion and comity brought Democrats and Republicans to their feet in the United States Capitol, but unfortunately not at the same time.

It was Thursday morning when white-gowned Francis, an Argentine visiting this fractious republic (in a big airliner and a little Fiat) for the first time in his nearly 79 years, was welcomed by John Boehner, the lachrymose 61st Speaker of the House of Representatives, with a bellowing cry of “The Pope of the Holy See!”

The Vicar of Christ then spoke more than 3,400 meticulously calibrated, phonetically pronounced, and sometimes barely comprehensible words to an audience that included seven declared presidential candidates (plus the fence-sitting Joe Biden, the current Vice President), four justices of the U.S. Supreme Court (but not its three Roman Catholic hard-right-wingers), a pew-ful of Cardinals, and every Senator and Representative save one ostrich from Arizona who hunkered in his office rather than give it up to a humble prelate from Buenos Aires (with a Master’s degree in chemistry) who preaches that global climate change is the result of human activity.

Inside the chamber, a Maclean’s correspondent found himself seated closer to the papal rostrum than Gov. Chris Christie of New Jersey or Dr. Ben Carson, who were assigned to the uppermost rungs of the visitors’ gallery. (Neither Donald Trump, Jeb Bush, nor Hillary Rodham Clinton were in the house.) Outside, tens of thousands blanketed the lawns below the scaffolded dome to gain a post-speech wave and a Buenos Días from the New World’s first Bishop of Rome, who then proceeded in his conspicuously unpretentious jalopy from Capitol Hill to a soup kitchen in the heart of one of the most racially and economically divided cities in the world.

Francis’s three-day Washington sojourn was an interlude of joy and reverence in a terminally cynical town. But it would not last: within 16 hours of the Pontiff’s departure from the city for Manhattan, a cabal of Tea Party Republicans was plotting to shut down the U.S. Government–yet again–over funding for the Planned Parenthood organization, Speaker Boehner had announced his resignation effective, fittingly enough, on Halloween, and President Barack Obama had gone from civilities with the genial Francis to a tough round of cyber-hacking negotiations with China’s President Xi Jinping.

It didn’t even take that long for Francis’s plea for tolerance toward immigrants and for careful stewardship of a wounded planet to fall flat on alternating sides of the Congressional aisle. When he noted that “We, the people of this continent, are not fearful of foreigners, because most of us were once foreigners,” Democrats rose as a body to applaud while Republicans slumped glumly in their padded leather chairs. But when the Pope said that “fundamental relationships are being called into question, as is the very basis of marriage and the family,” Republicans–taking this as a swipe against the (now-legal) anathema of same-sex marriage – leapt to their feet.

There was, at least, a general shout-out for the Golden Rule, but when Francis called on all nations to stop peddling weapons for what he called “money that is drenched in blood, often innocent blood,” Texas Senator Ted Cruz was one of several Republicans who never even flinched while Democrats clapped.

“A nation can be considered great when it defends liberty as Lincoln did,” the Pope said, channeling The Donald’s raucous vow to Make America Great Again, “when it fosters a culture which enables people to ‘dream’ of full rights for all their brothers and sisters, as Martin Luther King sought to do; when it strives for justice and the cause of the oppressed, as Dorothy Day did by her tireless work, the fruit of a faith which becomes dialogue and sows peace in the contemplative style of Thomas Merton.”

But the Pope’s citation of American cynosures who helped this country to “live through many crises, tensions and conflict . . . and to do so with dignity” soon was swallowed whole and spat out for personal gain by the unstoppable engine of presidential politics.

“I was so pleased that in his address to Congress today, Pope Francis spoke of Dorothy Day, who was a tireless advocate for the impoverished and working people in America,” the left-leaning Bernie Sanders, who is seeking the Democratic nomination in 2016, wrote in a fundraising appeal to supporters moments after the Pope left the Capitol. (“I am not a theologian, an expert on the Bible, or a Catholic. I am just a U.S. senator from the small state of Vermont,” Sanders demurred in the email.)

In the Capitol Rotunda after the papal oration, Senator and presidential candidate Cruz resumed his laceration of the president and Congressional Democrats for their support of Planned Parenthood in the wake of surreptitious videos that purportedly show staffers of that organization discussing the sale of body parts from aborted fetuses.

“Obama’s position is, if we don’t give $500 million to an organization that is under criminal investigation for federal crimes that carry a maximum penalty of 10 years in prison, then he will veto funding for the entire federal government,” Sen. Cruz told Maclean’s. “That is an extreme position in my view.”

The weekend offers rest for neither lawmakers, priests, nor laity. The Pope is to conclude his American tour on Sunday in Philadelphia, where more than a million celebrants are expected at a series of outdoor masses. President Obama is headed to New York, where he will address the General Assembly of the United Nations and gaze into the eyes of Vladimir Vladimirovich Putin for the first time in more than a year.

Back in Washington, meanwhile, eight Republican presidential candidates–including Trump—will flaunt their more-conservative-than-thou bona fides at the annual Value Voters Summit. And Congressional Republicans will begin to devour each other in the process of selecting the 62nd Speaker of the House.