The Pope is visiting the United Arab Emirates. That’s a big deal.

Opinion: The papal visit challenges the contention that there is an unbridgeable gap between Islam and Christianity 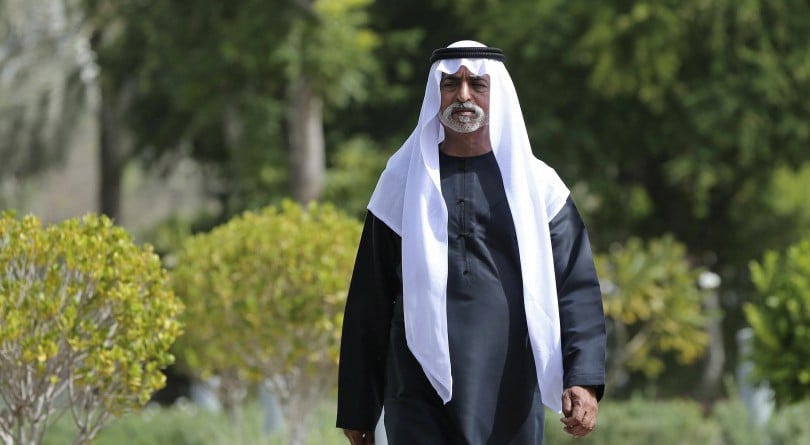 Ten years ago, I launched a newspaper in the United Arab Emirates for the Government of Abu Dhabi. The launch was part of a new media play, accompanied by a host of other investments across all sectors intended to diversify the economy away from oil.

By launch date we had recruited around 170 journalists from around the world. All of them were professionals, but too few, like myself, had ever set foot on the Arabian Peninsula. I learned this the hard way when complaints began to come in about a cartoon in our funny pages, pinged in unchecked from Canada in camera-ready format, depicting the prophet Moses—an insult in this religiously conservative country.

The duty of care afforded to Islam is paramount in the region of its birth. We in the post-religious West find it hard to understand that for most Muslims—strict or otherwise—the will of God permeates and directs all aspects of life from family to charitable giving to personal finance.

In the UAE 60 years ago, the pre-oil Bedouins were scratching out a living pearl-diving, farming dates and catching meat among the dunes with trained falcons. Since then, Islam has acted as a spiritual and cultural anchor amid the modern demands of globalized, petrodollar-fuelled development. Islam is stitched into the UAE’s constitutional settlement and legal framework. Political legitimacy rests in part on the formula shared by the great medieval nobles of Catholic Europe—protect and endow the faith.

And yet, with thousands of other Christians from countries as diverse as France and the Philippines, I was able to attend mass every week in a church built on land donated by the ruling sheikhs. Next to the Catholic cathedral was a Coptic cathedral and also St Andrew’s, an Anglican church which hosted the ordination of the first woman priest in Arabia. Services in all three places were accompanied by the sound of the Muslim call to prayer from the mosque next door.

You could not ask for a more vivid display of spontaneous interfaith harmony, or of the surprising contradictions that characterize expat life in the UAE.

It is illegal to proselytize in the UAE, as is conversion to another faith. So soon after I arrived I was surprised to receive an invitation from the Foreign Affairs ministry to attend midnight mass in Bethlehem with Sheikh Abdullah bin Zayed, a member of the ruling al Nahyan dynasty and UAE Foreign Minister.

Pictures of the event show Sheikh Abdullah at mass in traditional dress, looking more like the popular depiction of the historical Jesus than the besuited Christians and others around him.

Remember this is the Gulf, the location of the original Islamic revelation. The UAE shares a border with Saudi Arabia, which administers the holy places at Mecca and Medina and which does not permit public religious observance outside Islam.

Remember also that the spread of Salafi-jihadism, especially since the 2003 Iraq invasion and Arab Spring, has led to heightened criticism among religious hardliners of the more modern Gulf monarchies for their tolerance of religious freedom, expat inflows and Western “vices” as they seek to diversify their economies.

And remember finally that throughout most of the rest of the Middle East, Islamist violence —albeit accompanied by demographic change—has led since 2003 to the near extinction of Christianity in the cradle of its birth.

This is the context in which to understand the significance of the impending visit by Pope Francis, spiritual leader of over 1 billion Catholics, to the UAE—one place in the Middle East where Christian observance is growing, rather than being expunged. It will be the first time a pope visits the Arabian Peninsula.

The Pope’s celebration of mass in front of 120,000 of the UAE’s nearly 1 million Catholics in Abu Dhabi on Feb. 5 will take place in the context of widespread Middle Eastern religious turmoil and persecution. His visit is a challenge to those who contend that there is an unbridgeable gap between Islam and Christianity and the culture and social systems these faiths have given rise to.

It lends support to a country which, sandwiched between Mullah-led Iran and religiously immovable Saudi Arabia, remains determined to preserve its centuries-old status as a trading hub open to religious and cultural differences.

Pope Francis’ visit helps remind us that the UAE, despite its closed political system and allegations of rights violations, is one of the last stable, culturally open redoubts in a region torn apart by religious and political strife.

The UAE is country of bustling cosmopolitan city states. Abu Dhabi’s diversification Plan 2030 was well under way before Saudi Arabia’s diversification plan of the same name. The UAE is the first Arab country to harness peaceful nuclear energy under International Atomic Energy Agency protocols and is a centre for global development of renewable energy. It has for years worked alongside Western powers militarily in Kosovo, Afghanistan and elsewhere. It has become a safe haven for generations of expatriate Arabs who, from Dubai and Abu Dhabi, are able to support family diasporas scattered by regional turmoil.

In all these things the UAE is not like its neighbours, despite being drawn into the geopolitical narrative of powerful Saudi Arabia as the Sunni powers engage with an expansionist and increasingly isolated Iran.

The Pope’s visit is a huge and deserved diplomatic coup for the Emiratis and a comfort to a beleaguered Christian community that has been harassed by extremist militias across the region—shot at, blown up or exiled from lands which hosted the early church.

During the important “rite of peace” of Peace during mass in Abu Dhabi the Pope will recite the words “May the peace of the Lord be upon you.” Nearly identical wording is used in the traditional Arabic greeting “As-salamu ‘alaykum”—peace be upon you.