The right to be forgotten online: Will it ruin the Internet?

A new rule is forcing Google to ‘forget’ personal information. Will it make for a kinder Web, or will it kill free speech? 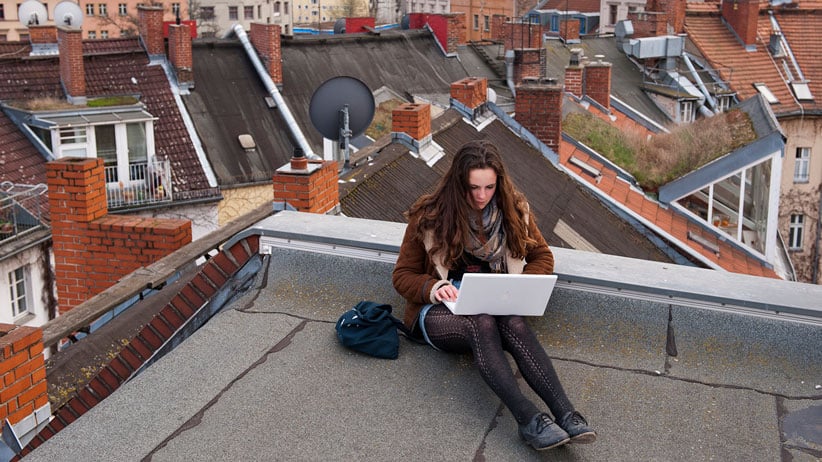 Earlier this year, a woman in Italy made an improbable request: She asked Google to remove some details about her personal life from the Internet. Her husband had been murdered decades ago and she was haunted by the fact that, whenever she searched her name, articles about her husband’s death appeared. In May, Google made good on her appeal, telling its search engine to effectively “forget” that the murder ever occurred.

This was made possible through a controversial ruling by the European Court of Justice (ECJ) on the so-called “right to be forgotten.” The court ruled in May that Google (and, by extension, other search engines) must allow individuals to erase certain results that appear on web searches of their names in cases when the linked-to data is “inadequate, irrelevant or excessive.” The law goes far beyond existing legislation governing privacy and libel. Under the “right to be forgotten,” Google may be forced to erase links to data that are legal, factual and already in the public domain.

Reaction to the surprise ruling was frenzied, and critics accused the ECJ of heralding the death of the free Internet in Europe. Google, which has long claimed that it is merely a passive purveyor of data, was none too pleased. The ECJ was imprecise when it came to defining “inadequate, irrelevant or excessive” data, as well as terms such as “public interest.” This means it will be up to Google to decide which requests to follow or ignore. Its executive chairman, Eric Schmidt, protested that the company had never asked to be a “decision-maker.”

Late last month, Google held a public hearing on the “right to be forgotten” in central London—the sixth of seven town-hall-style meetings that Google is hosting across Europe to discuss how “one person’s right to be forgotten should be balanced with the public’s right to information.” Some critics have dismissed the tour as a PR stunt, meant only to demonstrate how messy the ECJ directive is and, thus, drum up opposition to it.

At the London meeting, almost all the invited speakers spoke critically about the idea of a forgetful Internet. One particularly heated debate concerned the concept of a “public” figure. David Jordan, director of editorial policy and standards at the BBC, wondered if a volunteer school board member, for instance, should be considered a “public official” and, thus, whether his personal data should be considered “in the public interest.” Evan Harris, a former British MP, suggested that individuals might request erasure of embarrassing information before running for public office, which would work against the public interest. Should Google then reinstate the links? And, by this reasoning, isn’t everyone’s information in the public interest on the grounds that we are all potential public figures?

Another discussion concerned criminal convictions: Should old crimes be forgotten? After how long? And does the calculation change if the crime was committed by a minor or someone with a mental illness?

Google’s alleged strategy to stoke opposition might be working. In recent months, both proponents and critics of Internet forgetting have united behind a shared critique: that the ECJ has effectively outsourced “right to be forgotten” policy-making to Google—and, therefore, allowed a for-profit American tech company to determine what constitutes the “public interest” in Europe.

This all began in 2010, in Spain. A lawyer named Mario Costeja González made a complaint against a Spanish newspaper that, years earlier, published an article mentioning that his home had been repossessed. González had since resolved his debt problems and argued that reference to the auction was thus irrelevant. He wanted the newspaper to delete the original article, and Google to erase references to it in search results. The Spanish court referred the case to the ECJ, which struck down the first request (that the newspaper scrub its archives) but agreed with the second. Individuals, the ECJ argued, have a right to be forgotten online.

Since May, Google (which is responsible for more than 90 per cent of Europe’s Internet searches) has fielded requests to de-link some half a million websites, and has removed about 58 per cent of requested URLs. Google has publicized few details about its decision-making procedure (partly for legal reasons), but it has come forth with several case studies: There was a convicted pedophile who wanted recent data about his conviction removed from searches of his name (Google said no), and a victim of violent crime who wanted articles about the assault de-linked. (Google said yes.)

The ECJ ruling has inspired considerable hostility among free speech advocates. Mail Online publisher Martin Clark said de-linking was “the equivalent of going into libraries and burning books you don’t like.” The New York Times warned it “could undermine press freedoms and freedom of speech.”

But others see the ruling as an opportunity to build a better Internet—a nicer and more forgiving dot-com where people aren’t boxed in by a culture of relentless digital remembering. Luciano Floridi, an Oxford University philosopher who sits on Google’s “advisory council on the right to be forgotten,” says he’s optimistic about the opportunity to transform a Wild West Internet into a space that better reflects contemporary values. “The Internet is a recent phenomenon. We have seen growing pains, but it’s becoming a more mature information society.”

In recent press reports on the ruling, a narrative has emerged that pits an ostensibly freedom-loving America against a privacy-obsessed Europe. “The EU doesn’t make free speech as central a right as the U.S.,” says Jules Polonetsky, executive director of the Washington-based Future of Privacy Forum. The argument usually goes that Europeans—as a result of their experiences under fascist and Communist surveillance states, and their recent memories of the Gestapo, Stasi, KGB and Securitate—are cagier about personal data and more concerned about potential abuses.

Regardless of the impetus, this European process of “forgetting” is picking up pace. European regulators are now working on a proposed EU-wide data-protection regulation, which would make the right to be forgotten an explicit right within the EU. The proposed legislation includes stringent restrictions on data collection and retention. If it passes, companies will need to notify European citizens whenever their data is being collected, and give them specific information about what has been collected, as well as how and why it is being stored. European commissioners hope the regulation will pass by year’s end.

Opponents worry it will foretell the end of the global Internet—and will push us toward an increasingly balkanized web, which varies across borders and bends to national caprice. In the meantime, Google and other search engines face a formidable and perhaps untenable task. Google has reportedly hired dozens of lawyers and paralegals to deal with de-link requests on a case-by-case basis. “It’s not obvious to me that this can ever be automated,” Schmidt warned last month. Microsoft (which owns the search engine Bing) and Yahoo have also responded to the ruling, but the search engines are working separately, without common policy or procedure.

And yet, for now, a simple hack remains that allows a Europe-based Internet searcher to dodge the ECJ with just a few easy clicks. Using Google.com (rather than, say, Google.uk) opens up the un-forgotten Internet that North Americans still enjoy. Last week, Schmidt was asked whether he advises such a strategy. “I am not recommending that,” he said with a slight smile.

FILED UNDER: European Court of Justice Google right to be forgotten