Rita Nguyen launched the first Burmese mobile social media app, working in an area where others fear to tread 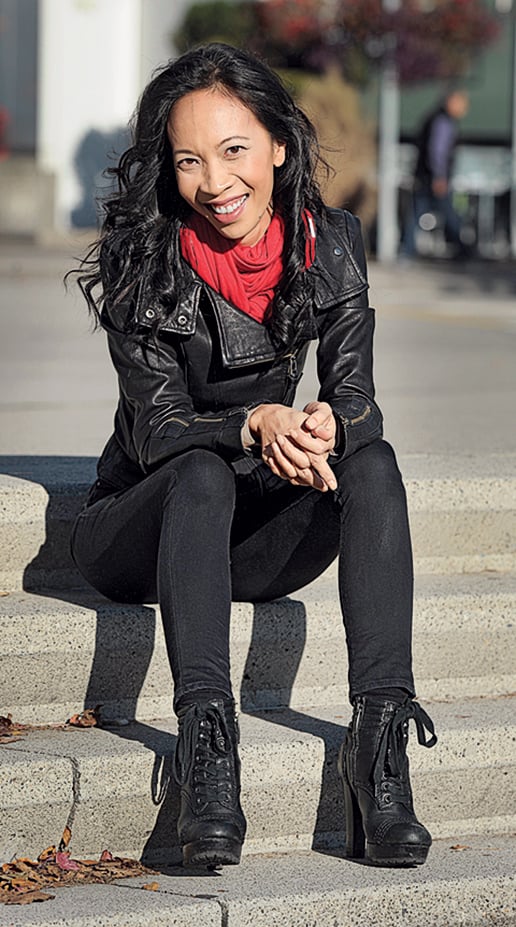 On 27th Street, in Rangoon’s mouldering colonial core, an ancient sound—a halting clack-clack-clack—emanates from a hole-in-the-wall storefront. Typewriters. Electric ones, manual ones, the metal letters flashing as they whack the paper. “IBM,” says one man, gesturing proudly at a particularly handsome, newish-looking model, employed at the moment in the cumbersome job of filling out a form.

Across the street, high in a brand-new condo overlooking the Rangoon River, stretch the open-concept offices of Squar, an IT start-up of laptops and polished cement that wouldn’t be out of place in San Francisco, Seattle, or—for that matter—Vancouver, where Squar’s co-founder and CEO, Rita Nguyen, happens to be from.

Last June, Nguyen, a 37-year-old self-exile from North America’s corporate IT world, launched Squar, the nation’s first Burmese-language mobile social media app, even though barely a quarter of its 60 million people carry cellphones, and the World Bank says Burma remains one of the world’s toughest places to do business. (It’s so complex a country that it even goes by two names—the other being Myanmar.)

For many foreign IT investors, that gap—between typewriter ribbon and bandwidth—remains too wide to risk wading into the market. A Deloitte report last year noted the 15,000 towers that must go up by 2015 to meet Burma’s wireless penetration targets, infrastructure that will cost some US$4 billion.

The US$500,000 in seed money Squar cobbled together from venture capitalists and other investors came mainly from Asia; North Americans are, Nguyen says, easily spooked by frontier markets. Lots of other people warned that decamping to Rangoon was a risk. “There was some eye-rolling—some people felt it was a bit early,” says the CEO, who moved permanently last June.

Burma’s lack of connectivity is a legacy of decades of military rule; the election of a quasi-democratic government in 2010 hasn’t made much difference. Lots of mobile-phone users here buy their SIM cards on the black market, at more than US$150 a pop, and keep the attached paperwork, complete with a passport photo of a stranger (the government-registered user), out of sheer curiosity.

The folks at Squar are banking on that changing—fast. Burma’s wireless penetration rate grew from 10 per cent last year to 27 per cent this year, and is expected to grow to 80 per cent by 2016, according to projections released last week by the Ministry of Telecommunications and Information Technology.

The instruments of that growth are now poised to strike. In January, global telecom giants Ooredoo, of Qatar, and Telenor, of Norway, winners of a battle last year to get into the market, finally received their licences to operate as carriers, after a delay of more than six months.

With cheaper, more reliable SIM cards coming, Squar, an app that feels much like Google Plus and has already spawned a community of 250,000, looks well-positioned. “It’s like a Black Friday sale—everyone wants in, but they can’t get in,” says Rita. “The doors will open and there’s going to be a stampede. We’re just stocking the shelves. Waiting.”