Lone-wolf attacks and the future of terror 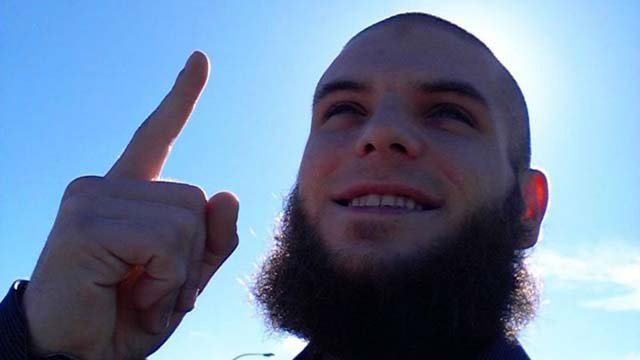 RCMP Commissioner Bob Paulson says there is no evidence linking Michael Zehaf-Bibeau’s murder on Wednesday of Cpl. Nathan Cirillo at the National War Memorial in Ottawa with Monday’s murder of Warrant Officer Patrice Vincent in St-Jean-sur-le-Richelieu, Que. But there are similarities. Both victims were members of the Canadian Forces. And while much about the motivations of the accused perpetrators is unknown, both have been accused of harbouring extreme Islamist beliefs.

Prime Minister Stephen Harper said Vincent was murdered by an “ISIL-inspired terrorist,” referring to Islamic State, a radical Islamist group that has murdered and ransacked its way through much of Iraq and Syria. Vincent’s alleged killer, Martin Couture-Rouleau, was one of about 90 people the RCMP were monitoring on suspicion of extremism-related activities. He had been arrested in July trying to get to Turkey—a common transit point for jihadists hoping to travel to Syria—and his passport was seized.

Zehaf-Bibeau had not triggered similar alarm. In a news conference Thursday, Paulson said that while the RCMP had “uncorroborated information suggesting that he had associations with an individual who is known to us,” Zehaf-Bibeau was not one of the 90 “high-risk” travellers the RCMP was monitoring.

The other similarity is that both men so far appear to have committed their crimes on their own, without a supporting network, and without having been trained or radicalized abroad. Theirs were also logistically simple attacks: The weapon in one case was a deer-hunting rifle; in the other, a car. Notably absent were explosives, once the hallmark of jihadist assaults against the West.
This fits a pattern of some recent assaults driven by religious extremism. Lee Rigby, a British soldier, was murdered on the streets of London last year by two men armed with knives and a cleaver. Nidal Malik Hasan, an American army psychiatrist, murdered 13 of his comrades in a 2009 shooting spree at Fort Hood, a Texas military base. The two brothers accused of bombing the Boston Marathon in 2013 did use explosives, but their weapons were unsophisticated pressure-cooker bombs.

Although Hasan had been in email contact with Anwar al-Awlaki, an accused al-Qaeda recruiter, none of these men had trained abroad or were financed by international terrorist organizations.

Contrast these attacks with earlier, spectacular operations. The October 2000 al-Qaeda attack on the USS Cole while it was refuelling in Yemen was carefully planned months in advance. The Sept. 11, 2001 assault on the United States involved a multinational network that needed to be funded and trained.

Western governments responded by increasing security measures and intensifying efforts to detect plots. These precautions, however, are much less effective against individuals or small numbers of people who don’t have connections to a larger extremist organization, and whose ambitions, while deadly, don’t involve hijacking planes or destroying buildings.

“What keeps me up at night is not so much the foreign fighters who return to the West, but the radicalized, homegrown violent extremists, because it’s much more of an equal opportunity, egalitarian thing,” says Matthew Levitt, director of the Stein Program on Counterterrorism and Intelligence at the Washington Institute for Near East Policy. “You won’t necessarily set off traditional law enforcement tripwires, such as travel or receiving or giving money or being in telephone or electronic contact with somebody.”

Tripwires alerting counterterrorism officials today include a suspect’s association with, or desire to be part of, Islamic State. The organization has in many ways already surpassed al-Qaeda as the world’s most prominent—and in the eyes of potential recruits, admirable—Islamist extremist group.

“It has done what al-Qaeda could not, which is to re-establish the caliphate, and it has actual territory to back that up, huge swaths of territory,” says William McCants, a fellow at the Brookings Institution, referring to parts of Syria and Iraq the group now occupies. “So if you look where the energy is in the jihadi community and where the recruits seem to be going, it’s all heading in Islamic State’s direction.”

And yet Islamic State also recognizes the impact that lone individuals acting on their own can make against Western targets. “Do not ask for anyone’s advice and do not seek anyone’s verdict,” an Islamic State spokesman said in a September audio speech. “Kill the disbeliever whether he is civilian or military, for they have the same ruling.”

Couture-Rouleau’s possible attempt to join Islamic State makes it conceivable that he had heeded the group’s spokesman when he struck two soldiers with a car. But if Islamic State in fact inspired that attack, there may be a sliver of good news related to it. Pleas for “lone-wolf attacks,” says McCants, are typically the “last resort” of terrorist groups without the ability to conduct larger-scale operations. Levitt adds that they usually result in fewer casualties.

The much darker side of this equation is that precisely because simple attacks by individuals or small groups are easier to carry out and more difficult to detect, there is a greater risk of them occurring more often. “Terrorism terrorizes people either because of the number of people killed and wounded, or sometimes if it’s a particularly sensitive time and location,” says Levitt. “The other thing is the frequency of the attacks—the sense that is created in society that it can’t be stopped, the constant calls from people wanting to change the way that open societies operate,” he adds. “So even if it’s not as devastating in any given instance, it can be very scary for people. Even the lack of an organization can be scary, because there’s no particular adversary. It’s everywhere.”

Mubin Shaikh was the police informant who helped uncover and stop the so-called Toronto 18 group that planned an assault on Parliament Hill in 2005. He recognizes the changing methods of today’s jihadists. “They’ve realized, hey, if our intent is to scare the s–t out of people—to trigger heavy-handed responses by government, to force isolation of the Muslim community, pushing them to more radicalization—what do you have to do? Take two guys into a mall, shoot it up, and you’re done. You’ll be out of there in 15 minutes, and we’ll be talking about it for days and weeks and months.”