The U.K. election: Six things to help make sense of the outcome

From the surge in young voters to what the results means for Brexit to Boris Johnson's next move, here are the key takeaways 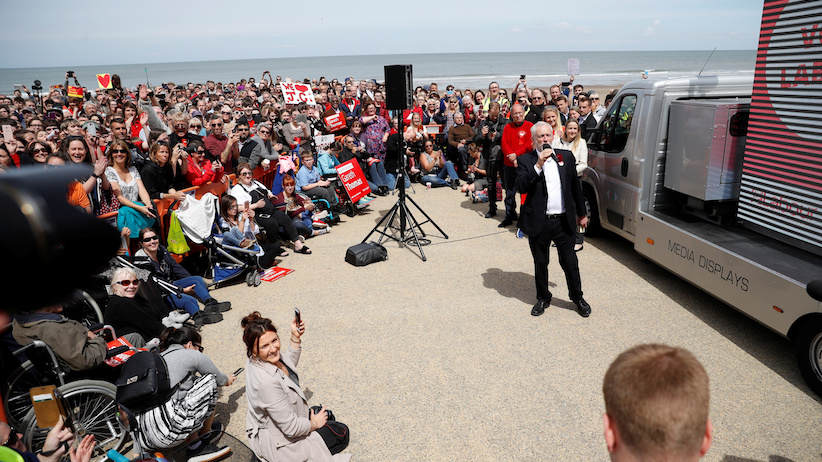 With British voter turnout hitting its highest rate since 1997 (69 per cent—up a significant two per cent from the last election) the one decisive and unforeseen factor that swung this election away from the expected Conservative majority was young people coming out to vote, in large part for Labour leader Jeremy Corbyn.

Although many polls showed young people saying they intended to vote, few final polls took them at their word (untested first time voters being notoriously unreliable).

But turn out and turn up they did.

READ MORE: How Theresa May doomed her campaign

Although Corbyn must certainly be credited with his ability to get out the youth vote as promised, there has also been speculation that this surge is the result of young Britons coming out to express their dissatisfaction with Brexit—a referendum that many of them did not bother to vote in.

2. To form a government, May will form a coalition with the Democratic Unionist Party of Ireland—but what will this mean?

The DUP is the largest unionist political party in Northern Ireland, currently led by Arlene Foster. It has strong links to the Protestant Church and is staunchly anti-abortion and anti-gay marriage.

These differences aside, the sticky wicket in a prospective coalition with the Tories will likely be (as ever) the issue of Brexit. Northern Ireland is the only country in the U.K. that shares a physical border with Europe in the form of Ireland. They are deeply concerned about what this will mean for their future under Brexit, but perhaps even more pressing is the issue of money. Last summer, Northern Ireland officials wrote to the Prime Minister to say the absence of EU funds and programmes could spell disaster for the country. Needless to say, this issue will be front-of-mind as the Tories come hat-in-hand looking to deepen their “friendship” in exchange for power.

3. UKIP is all but demolished.

Despite desperately trying to leverage nationalist support in the wake of recent terror attacks, the U.K. Independence Party won zero seats and saw its popularity fall precipitously, attracting fewer than 600,000 votes—down from 3.9 million in 2015.

READ MORE: Jeremy Corbyn wins, even when he loses

Within hours of the result their unseated leader, Paul Nuttall, announced he was resigning as leader effective immediately and deleted his official UKIP Facebook page and Twitter account.

In his resignation speech, he promised that the party would continue to be “the guard dogs of Brexit,” though how they planned to do that remains unclear. Presumably it has something to do with Nigel Farage popping into the spotlight to say he would not rule out coming back (yet again) to act as leader should the party need it.

With the collapse of the Tory majority and UKIP it seems increasingly likely that the Remain (or soft brexit) camp will gain traction in the coming months, as Britain enters into negotiations with the EU.

Corbyn’s stated view—that a soft deal is better than no deal at all—will now have majority support in parliament. Meanwhile Theresa May’s gun-slinging all-or-nothing stance has lost political favour. In theory, this could push the negotiations toward a more accommodating outcome, one that would, ideally, allow the referendum result to be upheld without the worry of the U.K. walking away with no trade deal at all. It’s possible the U.K. could even end up the new Norway—technically out of EU but remaining within the single market and without closed borders.

5. There will not be a second Scottish referendum anytime soon.

One of the other big surprises of the night was Scotland, in which the SNP lost seats to all the major parties but most notably the Conservatives. Alex Salmond, the longstanding former leader of the SNP was voted out. This morning, SNP leader Nicola Sturgeon conceded that her announced plans for a second referendum on independence was a major factor in the result and something she would need to “reflect on.”

6. Will Boris Johnson be the next Prime Minister?

As the Come Back Kid of British politics, Boris has, in many ways, ended up on the right side of this latest plot twist. As sitting Foreign Secretary, a Brexiteer with soft Brexit sympathies and the political antithesis of the reputationally-damaged Theresa May, he will no doubt be a key contender for the top job when May, as is widely expected, finally does step down. Somehow, despite all his pratfalls, Boris has come through yet another political mess unscathed, his popularity intact. Asked in the hours after the election whether he would support May’s bid to lead a minority government, Johnson tipped his hand by obfuscating and saying it was “still early days.” It’s telling, that.