How the U.K. is at the vanguard on transgender equality 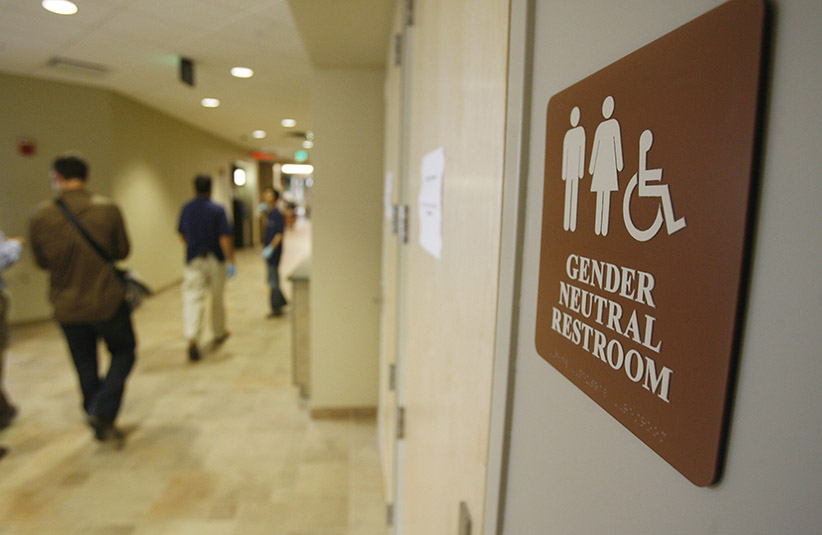 Last week, the U.K.’s largest treatment centre for transgender youth reported a startling rise in the number of minors seeking treatment and advice. The National Health Service’s Tavistock and Portman gender-identity development service in London released figures that showed the number of child referrals had more than quadrupled in five years. In 2010, only 139 minors were referred to Tavistock for gender-identity issues, compared to nearly 700 so far this year. Of those, 77 were under the age of 11.

The figures were released at a time when the British government is also in the midst of conducting a much-publicized parliamentary inquiry into transgender equality. Late last month, Culture Minister Ed Vaizey told the select committee of MPs that online transphobia in the form of trolling and attacks using social media had become a “massive concern” for the government, and that social media companies such as Twitter will have to provide a “clear code of conduct” for targeting hate speech against transgender people.

He also said it was a duty of U.K. broadcasters to depict transgender people not as “something exotic, but as completely mainstream,” in order to set a better example for trans youth. A revised code of conduct from the broadcasting regulator Ofcom will be coming out early next year to reflect this, he revealed. “I would rather see someone cast as a doctor, a lawyer, a policeman, an MP, and who happens to be trans,” Vaizey said. “Too few broadcasters reflect diversity of society. I think that any people who are transgender live with a great deal of discrimination, bullying and victimization. The last thing we’d want people to feel is they can’t raise legitimate criticism with broadcasters.”

On the thorny issue of trans people competing in single-sex sporting events, he said it was “incumbent on sporting authorities” to call out unfair discrimination when it happens. Vaizey pointed out that the U.K.’s Equality Act allowed an exception for single-sex sports to exclude other sexes, based on “strength and stamina” reasons. But he added that “clearly, there are many, many sports where both sexes can compete on level terms.”

Vaizey’s strong words reflect a strong social shift toward transgender awareness in the U.K.—a country that is increasingly on the vanguard of trans-equity policy.

But the cultural shift has not been without controversy. Last year, a primary school in East Sussex caused parents to be outraged when it converted its bathroom facilities to be gender-neutral. While the school insisted that the facilities were installed for reasons of “hygiene, maintenance and pupil behaviour,” they also wanted to encourage students “to feel informed about how to effectively support transgender- and gender-questioning by their children, preventing any transphobia at the school.” Since then, a handful of schools across the U.K. have followed suit, and there has been talk of instituting unisex locker rooms with separate cubicles in secondary schools, as well.

According to a statement from the Tavistock centre, the increase in trans youth seeking treatment and advice is a “complex issue” that can, in part, be attributed to better awareness and acceptance—the rise of trans celebrities such as the actress Laverne Cox and Caitlyn Jenner are one factor—as well as increased access to service within Britain’s National Health Service (NHS). “It is also probably fair to say that young people are increasingly interested in exploring gender,” the statement pointed out.

Related: A podcast on transgender representation in culture

In the U.K., transgender youth are offered access to individual, family and group counselling, as well as regular check-ins and checkups to monitor their mental and physical well-being. The NHS can provide cross-gender hormones to eligible, 16-year-old trans youth who wish to physically transition (often through gender-reassignment surgery) after they turn 18. However, Mermaids, one of the country’s highest-profile trans-youth support groups, has been vocal in urging the NHS to go further and provide younger trans youth with hormone-suppressing drugs, which can delay the onset of puberty.

Social change has never come without fierce public debate, and commentators on all sides of the British political spectrum have been critical of the trans movement, including, most recently, the prominent British feminist Germaine Greer, who was recently barred from speaking at Cardiff University because of her public comments about trans people. Defending herself on the BBC, Greer was unrepentant. “I’m not saying that people should not be allowed to go through that procedure,” she said of male-to-female gender-reassignment surgery. “All I’m saying is that it doesn’t make them a woman.”