The U.K.’s beleaguered Labour Party tries to explain the difference between anti-Semitism and anti-Zionism 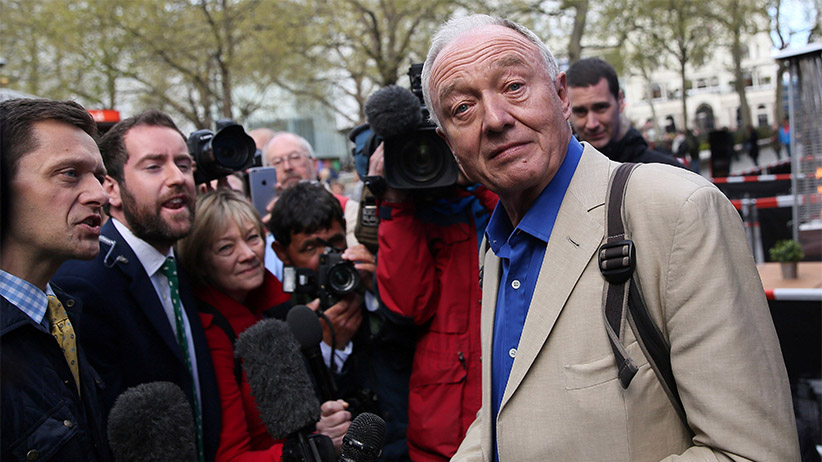 Is there any difference between anti-Semitism and anti-Zionism?

This is the question gripping the British media and splitting the U.K.’s beleaguered official opposition Labour Party this week. The philosophical query is an odd one, since the answer is pretty bleeding obvious: Yes, there is room for debate on the political quagmire that is Israel, but discrimination against Jews is a hate crime, whether it’s the Jews down the road or Jews in Israel.

The debate started last week, when Naz Shah, a newly elected Labour MP for Bradford West and an aide in the party’s shadow cabinet, was accused of making anti-Semitic remarks on social media before being elected to office. The political gossip site Guido Fawkes reported that Shah had several months ago posted a graphic that showed the map of Israel superimposed over that of the United States with a comment that read, “Problem solved.” (The offensive implication being that Israeli Jews ought to be deported to the U.S. to free up territory for the Palestinians.) She apologized the following day in parliament, resigned her shadow cabinet post and was subsequently suspended from the party.

The mini-scandal then erupted in a volcano of public rage when the former mayor of London, Ken Livingstone, went on BBC Radio to defend Shah and, rather bizarrely, pointed out that there was nothing wrong with anti-Zionism, since Hitler “was supporting Zionism before he went mad and ended up killing six million Jews.”

Bracketing for a moment the question of Hitler’s sanity during the pre-genocidal period in which he was merely plotting the Final Solution, Livingstone’s comment could not have come at a less politically expedient time for Jeremy Corbyn, the party’s newly elected, hard-left leader. Livingstone is an old friend, ally and foreign policy adviser to Corbyn and while he was very swiftly suspended from the party following his remarks, the stench of them lingered—and cut to the heart of the issues that divide Labour in its current, shaky incarnation.

Elected in a surprise groundswell by the party’s grassroots membership, Corbyn has struggled to win over many moderate (so-called “Blairite”) Labour MPs who regard him as unelectable and out of touch. Corbyn’s critics argue that his avowed pacifism and anti-imperialism have led to an entrenched anti-American and anti-Israeli stance on foreign affairs. He has a history of hobnobbing with members of the Muslim Brotherhood and in the past, has described Hamas and Hezbollah as his “friends.” Since taking office, Corbyn has talked in the media of the need to begin “a dialogue” with Islamic State. “I think there has to be some understanding of where their strong points are,” he told Andrew Marr on BBC Television early this year.

Does this make Corbyn an anti-Semite? No, but he does seem awfully tolerant of it in others. The Israeli ambassador to Britain, Mark Regev, went on BBC Television to demand that Corbyn denounce the views of Hamas and Hezbollah, whom he described as anti-Semitic, homophobic and misogynistic. Regev also invited Corbyn to visit his homeland, saying that Labour was “in denial” about the problem of anti-Semitism within its ranks.

On Friday, Corbyn announced he would set up an independent inquiry into charges of religious discrimination within the party. But Livingstone refused to retract his comments, insisting they were “historical facts” and that the entire row had been “whipped up” by a group of “embittered old Blairite MPs” intent on bringing Corbyn down. Len McCluskey, the chief of the country’s biggest trade union, Unite, backed up Livingstone’s view, saying that the allegations of anti-Semitism had been “got up” by Corbyn’s enemies to attempt a leadership coup.

As if to highlight the issue of hard-left extremism, Corbyn defended his position at a May Day rally—the first time a Labour leader has attended such an event in over half a century. As members of the Communist Party waved pro-Stalinist banners, Corbyn told the crowd, “We stand absolutely against anti-Semitism in any form. We stand united as a Labour movement, recognizing our faith diversity, our ethnic diversity.”

As prominent Labour frontbenchers reportedly considered resigning their posts, rumours swirled this week that prominent Jewish donors were pulling their support from the party. Sir Ronald Cohen, a social investment pioneer and major party donor, summed it up when he told the press, “There is no room for racism among the values of the Labour Party and if the leadership does not stamp our racism now, racism will stamp out the Labour Party.”

Corbyn probably agrees. It’s whether he can convince everyone else that matters.