The U.S. was justified in killing Soleimani—but is it ready for what comes next?

Terry Glavin: Americans may ponder whether they've kicked off World War III. But Soleimani made many in the Mideast feel like they're already in a world war. 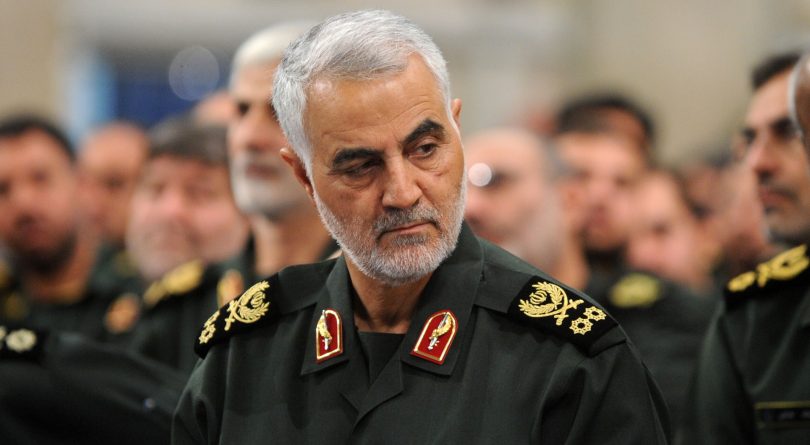 It may well have been capricious in the extreme for Donald Trump’s White House to order that spectacular hit in Iraq, but lets face it: the airstrike target was the Lord of the Flies. He got nothing less than he visited upon countless others who—unlike him—had no blood on their hands.

Qassem Soleimani, the Iranian major-general who was incinerated in a precision Pentagon airstrike in Iraq on Thursday, was not just the most ruthless and blood-soaked warlord in the entire Middle East. He was Iran’s military-intelligence mastermind and the head of the Quds Force, which put him at the pinnacle of Tehran’s extraterritorial terror, espionage and military chain of command.

RELATED: The uprising in Iran: ‘These people have nothing to lose. They’re fearless now.’

Of the hundreds of thousands of innocents slaughtered across the Middle East over the past decade, it would not be a stretch to say most were murdered by Soleimani’s connivance, or at his direct order.

But Soleimani was the equivalent, you could say, of the U.S. secretary of state. Without getting into any of the partisan hyperventilation about whether Trump has just kicked off World War III, or wading into the quarrels about whether the operation should be understood as an assassination or an execution or a battlefield bullseye, a stroke of strategic genius, a wildly reckless miscalculation or just a drearily necessary act of civic hygiene, a number of deeply unsettling questions arise.

To start with, just how much thought went into this? Is the United States ready to withstand the kind of “forceful revenge” that Ayatollah Khamenei has predictably threatened, and the “revenge for this horrific crime” that Iranian president Hassan Rouhani has demanded Iran’s allies in the region exact from the U.S.? Is America supposed to go into lockdown now?

And what are the implications for the NATO mission in Iraq, headed by Canada’s own General Jennie Carignan, and for the 250-plus Canadian Forces military trainers and special-operations soldiers posted in and around Iraq? Did anyone ask NATO whether this was a good idea?

Those questions will be widely and quickly canvassed, but there is another more pertinent and useful question that might be put to the Americans.

What the hell took you so long?

It’s the sort of question they are least likely to ask of themselves, except perhaps rhetorically. It’s awkward. Anyone of any intelligence will understand Trump to be an oaf and a charlatan, but paradoxically, he is genuinely as much an “anti-war” windbag as the hoarsest-voiced California Democrat, and his complaints that America must get shut of its “endless wars” perfectly mimic the dumbest slogans of his loudest left-wing detractors.

RELATED: Why Canada should crack down on corrupt Iranian officials and their dirty money

Any enumeration of American stupidity in Iraq will inevitably lead back to the 2003 Anglo-American enterprise in Shock and Awe, spearheaded by the formerly isolationist George W. Bush. This is fair enough, even though citing that episode is often as not a convenient way to avoid the question of what sort of hellscape the planet would be right now had Saddam Hussein been allowed to carry on, undisturbed, having murdered roughly a million people in the years leading up to Shock and Awe. But there is a more proximate cause of the bloody chaos that led up to Soleimani’s obliteration Thursday on the road out to Baghdad’s international airport.

It’s a story that starts, inconveniently, with Barack Obama’s singularly fanciful obsession with securing a legacy for himself involving a “moderate” Iran cohabiting the Middle East in peace with its neighbours, and without nuclear weapons—at least temporarily. None of that has turned out as Obama had hoped. Instead, it’s turned out exactly the way Obama’s closest advisers warned him it would. It’s no wonder Trump bailed from the deal.

It was because of his Iran-talks vanity project that Obama took such care not to upset the ayatollahs in Tehran, which is why he washed his hands of Iraq and allowed Soleimani and his various Shia proxy militias to have the run of the place, with the grotesquely sectarian Khomeinist satrap Nouri al-Maliki in the prime minister’s post. That was in the final, fateful months of 2010. It was time for “nation-building at home.”

Through the Bush years, Soleimani’s Iraqi militias murdered thousands of Iraqis on Tehran’s behalf, and killed more than 600 U.S soldiers. During the Obama years, Iraq’s sectarian militias grew to a fighting force of 150,000, most of them trained and funded by Soleimani. Prominent among them is the U.S.-designated terrorist organization Kataib Hezbollah, whose leader, Abu Mahdi al-Muhandis, was killed along with Soleimani on Thursday. Muhandis spent several years in prison in Kuwait for his role in the December 1983 attacks there on the U.S. and French embassies.

By the time the genocidaires of Abu Bakr al-Baghdadi’s Islamic State roared out of the Syrian desert into Iraq and across the Nineveh plains, the Iraqi army was helpless. The generals could not command their troops, let alone sustain the confidence of Iraq’s Sunni people. The power of the gun in Iraq had been usurped by Soleimani, and while his proxy militias put up a fight against ISIS, they were also often as bloodthirsty and brutal as ISIS.

In 2014, an inquiry by the UN’s Office of the High Commissioner for Human Rights found that the Shia militias engaged in ethnic cleansing with the same enthusiasm as ISIS, “leaving a trail of death and destruction in their wake.” According to Human Rights Watch, the Iran-backed militias burned as many as 47 Sunni towns and villages in northern Iraq, looting and kidnapping as they went.

Through the Trump years, Soleimani’s proxies have grown only stronger, flush with funds extorted from the Iraqi people, including an annual $2 billion from the Iraqi treasury. This is the sort of corruption that precipitated the mass democratic revolt in Iraq that kicked off last October, drawing tens of thousands of anti-sectarian protesters into to the streets. Last month, protesters in the southern city of Najaf set fire to the Iranian consulate on three separate occasions. At least 460 people have been killed in the protests, and another 25,000 have been wounded. 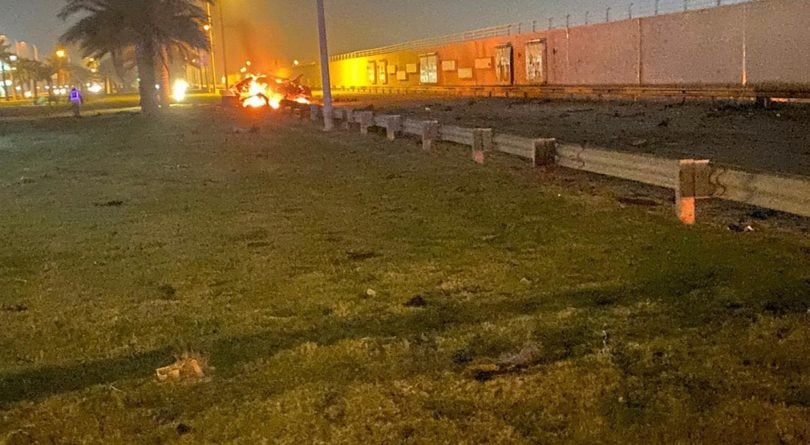 The pro-democracy protesters have disavowed any connection with the crowds that laid siege to the U.S. embassy in Baghdad leading up to Soleimani’s ill luck on Thursday—and no wonder. The crowds at the U.S, embassy appear to have been drawn almost entirely from the militias, and the protesters have engaged in several fatal clashes with Soleimani’s militiamen. Among the leaders in the attack on the compound was Qais al-Khazali, head of the Iran-backed militia Asaib Ahl al-Haq.

“All fighters should be on high alert for the upcoming battle and great victory. The price for the blood for the martyred commander Abu Mahdi al-Muhandis,” the Kataib Hezbollah leader killed along with Soleimani, “is the complete end to the American military presence in Iraq,” al-Khazali declared today.

The Americans are perfectly entitled to loudly ponder whether their current president has just kicked off World War III. But millions of Syrians and Iraqis are already enduring something very much like a world war, thanks in no small part to the previous American president, Barack Obama.

This is awkward, but it is no less true.