The undoing of Vladimir Putin

Our editorial: Russia is on the march, but its economy is crumbling. No party can survive once the money runs out. 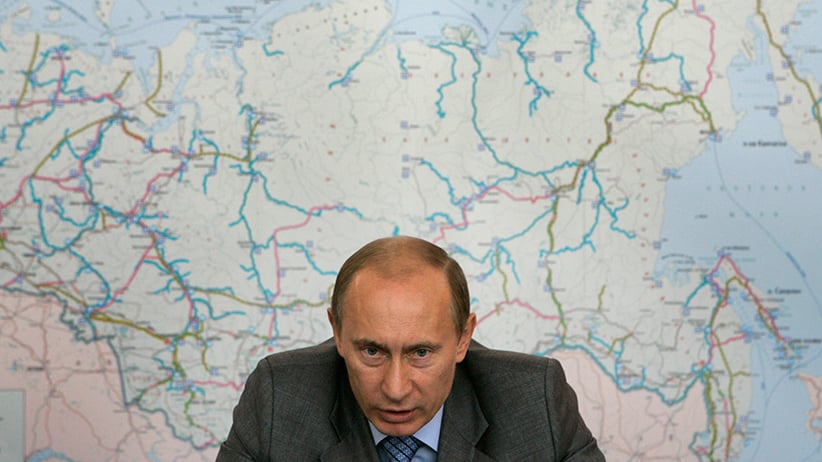 During Catherine the Great’s tour of Crimea in 1787*, Russian Prince Grigory Potemkin is said to have created entire plasterboard villages and hustled the same group of happy peasants back and forth along her route to impress the empress with a vision of prosperity. Recent scholarship suggests the tale of the Potemkin village is largely apocryphal. The prince probably just put some ribbons and banners on existing buildings and hid a few beggars out of sight. Yet the myth persists, largely because it says something useful about Russia and its fixation on outward appearances. It still holds some truth today.

Since welcoming the world to the lavish 2014 Sochi Winter Olympic Games, Russian President Vladimir Putin has embarked on an ambitious and calculating campaign to return his country to global prominence through military strength. He began by invading Ukraine and seizing the Crimean Peninsula, drawing immediate condemnation and sanctions. Russian bombers and submarines now regularly test the defences of Western countries, in a reprise of Cold War tensions. And NATO has serious concerns about protecting member Baltic states Estonia, Latvia and Lithuania from a Crimean-style blitzkrieg. A recent RAND Corporation wargame scenario found Russia could likely capture all three capital cities in under 60 hours. Canada’s plan to send a 450-soldier battlegroup to Latvia next year is a small bulwark against this possibility.

In the Middle East, Russian jets have pounded the Syrian city of Aleppo to rubble while Russia’s only aircraft carrier, the aging Admiral Kuznetsov, makes its way to the Syrian coast where it will be the centrepiece of a large Russian naval force in the Mediterranean—a military build-up unprecedented since the collapse of the Soviet Union. “Russia has no intention of attacking anyone,  Putin said in a speech last week. No one believes it.

Russia has even inserted itself into the United States’ presidential election, as it is widely accepted that a cyberattack on the Democratic Party was the work of Russian hackers. Republican nominee Donald Trump, a fan of Putin’s aggressive political style, has gleefully seized upon the purloined information.

Russia has returned as a foil to Western democratic ideals. But how deep does the threat run?

It is a lesson of geopolitics that military force is merely a reflection of economic strength. Without a strong and growing economy behind it, no military can project power over the long term. While Putin has engineered a stunning reversal of Russia’s international reputation, there remains a massive hole in his economic defences. In many ways, Russia is a Potemkin country.

The collapse of oil prices and sting of Western sanctions has thrown Russia into a severe recession. According to the World Bank, between 2013-15, Russia’s GDP fell a stunning 40 per cent. Despite a population four times our size, the Russian economy is now smaller than Canada’s. Last year, Russian inflation hit 12 per cent. Poverty is up significantly, wiping out more than a decade of progress. Putin has decreed the national deficit cannot exceed three per cent of GDP next year, but with state pensions and other public spending programs rapidly losing ground to inflation and cuts, he has so far avoided significant reductions in the massive military budget. But a new budget proposal this week contemplates a 27 per cent cut in defence spending.

Putin’s autocratic rule is not in any immediate danger; his United Russia party won a resounding victory in parliamentary elections this September and there are slight signs of an economic recovery. Yet no party can survive once the money runs out. During the glory days when oil fetched more than $100 a barrel, Russia socked away its surpluses in a reserve fund. Denied access to conventional bond markets due to Western banking sanctions, Russia has come to rely heavily on this nest egg to cover its shortfalls. From US$85 billion in January 2015, the fund will sink to $15 billion by the end of this year. According to Ondrej Schneider, chief economist at the Institute of International Finance, “at the current rate, the fund would be depleted in mid-2017, perhaps a few months later.” The outlook for Russia, says Schneider, is “sombre.”

There’s no denying the large shadow Russia currently casts over global affairs. But having rebuilt his military during an oil boom, Putin is now facing a struggle to maintain this reputation as Russia’s economy weakens—a prospect that may make him even more dangerous and unpredictable over the short term. Containing Putin will require continued and united opposition to his bullying tactics. Sanctions have clearly had an impact and will bite deeper over time. It’s also necessary to meet military feints with equivalent chess moves, as in Latvia. Finally, we can’t neglect the role of economic growth as a strategic weapon. The collapse of Communist Russia was ultimately brought about by its failure to keep pace with Western capitalism. The same thing will likely be the undoing of Putin too.