Image of the Week: The East African nation's first female president, Samia Suluhu Hassan, takes over from a notorious COVID skeptic. His opponents claim he died of the virus. 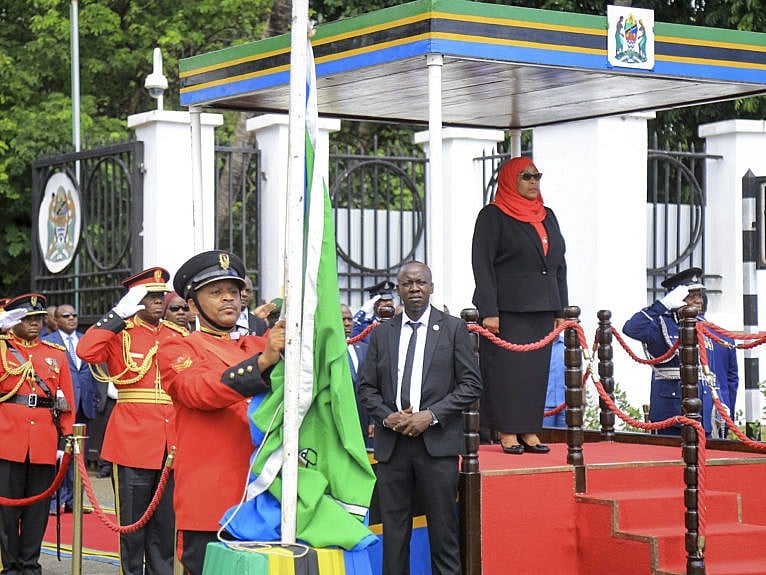 Samia Suluhu Hassan, right, is sworn in as president of Tanzania at a ceremony at State House in Dar es Salaam. She is the country's first female president. (AP/CP)

When John Magufuli was elected as Tanzania’s president in 2015, he vowed to combat corruption and fight back against international mining companies. But, as with other populist leaders who rose to power around that time, those promises gave way to conspiracy theories, arrogance and distrust of institutions and science. As COVID-19 took hold in Africa, Magufuli denied its severity, pushing prayer and herbal remedies, while barring his government from accepting vaccines. Magufuli died on March 17—his party claims it was longstanding heart failure, but political opponents claim insider knowledge that Magufuli contracted the coronavirus. That question probably won’t be settled anytime soon. Rather, the person worth watching is his former vice-president, Samia Suluhu Hassan, who becomes the East African nation’s first female leader. She comes with a trailblazer’s resume, breaking ground as one of the first women of her country’s generation to attend elementary and secondary school, then working with various government projects and NGOs before earning an economics degree in London. On paper, she seems like a good candidate to reverse her predecessor’s fatal trajectory. But that would require her to defy the legacy of a man still renowned by many of her party’s supporters. Whether she has that kind of political courage and good judgment to make such a break is, unfortunately, no sure thing.