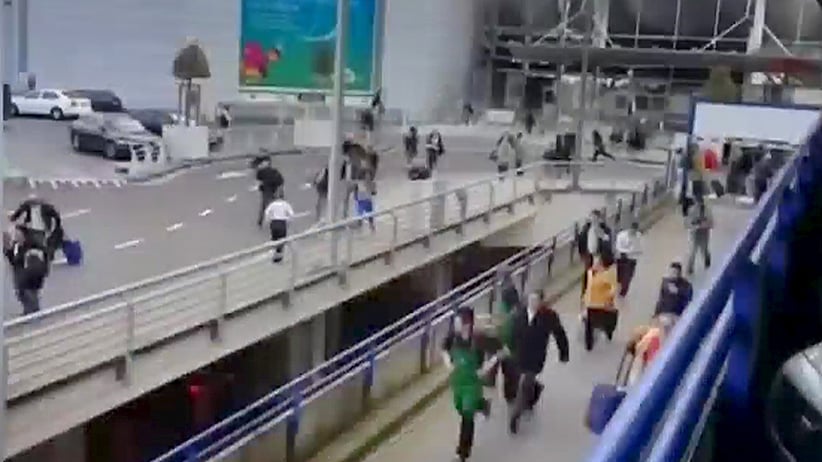 People flee from the Brussels airport in this image taken from video, shot by a bystander in the the immediate aftermath of blasts at the airport near Brussels, Belgium, March 22, 2016. (Reuters)

BRUSSELS — Florence Muls, a spokeswoman for the Brussels Airport, says a third bomb has been neutralized at the airport after two other bombs there were believed to have killed 11 people Tuesday morning.

Muls told The Associated Press the third bomb was dispensed of “with a controlled action” once the chaos of the first explosives had eased somewhat.

Elsewhere in the Belgian capital, anti-bomb squads detonated suspicious objects in at least two locations — the Maelbeek subway station and close to Brussels University a few miles further away. Authorities said those two did not contain explosives.

A U.S. official has told the AP the explosives in Brussels appear sophisticated, and investigators will examine them to see if they bear the same characteristics to those used in the Paris attacks last year.