As millions gather for Kumbh Mela, doctors are watching

55 days, 100 million visitors, and a high risk of disease spreading among the masses

When a cholera outbreak gripped a London neighbourhood in 1854, physician John Snow carefully mapped its deaths. The thin bars he traced under each address clustered around a water pump on Broad Street, which turned out to be the source of the bacteria. Snow’s studies of disease patterns won him recognition as the father of modern epidemiology—and crushed the prevailing theory that cholera was spread by bad air.

Faced with the same challenge today, Snow might use a tablet computer. In mid-January, as the Indian city of Allahabad began ushering in millions of Hindu pilgrims for the religious festival Kumbh Mela, emergency physician and epidemiologist Gregg Greenough settled into a temporary field hospital with his tablet computer. He and his team from the Harvard School of Public Health were on the lookout for signs of influenza, tuberculosis, cholera and other diarrheal diseases. The plan is to record the temporary residence of each pilgrim admitted to hospital and plot it on a digital map that geolocates the festival’s toilets and drinking water. “We’re helping them digitize the data and analyze it in real time,” says Greenough. “It should help keep the pulse of the community and see if anything is emerging so they can act on it quickly.”

Held in Allahabad every 12 years, the Kumbh Mela is the world’s largest religious gathering. Thousands of tents pop up near the spot where the Ganges, Yamuna and mythical Saraswati rivers converge, and throngs of faithful bathe in the waters to wash away their sins. Officials predict that as many as 100 million visitors will flock to the 55-day-long festival, with 30 million alone on Feb. 10, the most auspicious bathing day. The risk of disease spreading among such dense crowds is high, and not without precedent.

At religious gatherings in 2000 and 2001, the meningitis-causing bacteria Neisseria meningitidis W135 spread among pilgrims attending the hajj in Saudi Arabia. Soon after, the microbe made its way into Europe, Asia and the United States.

Even if Greenough’s mapping does identify an outbreak, it’s unlikely to spread outside India’s borders, says Kamran Khan, an infectious disease doctor and scientist at St. Michael’s Hospital in Toronto. Unlike the hajj or the Olympics, the Kumbh Mela is primarily a domestic event. While flights into Saudi Arabia spike to five times normal during the hajj, “with the Kumbh Mela, it’s marginal,” says Khan, “probably five to 10 per cent at some airports.”

To help stem disease outbreaks that do cross borders, such as the 2003 SARS outbreak in Toronto, Khan developed Bio.Diaspora, an online tool that shows how international travellers can spread infectious diseases. Khan is also working with another group of scientists—along with the U.S. Centers for Disease Control and Prevention (CDC)—to develop a tool called BioMosaic that maps census data, migration patterns and health status to identify countries where international travel may give rise to emerging disease. After the 2010 cholera outbreak in Haiti, detection, response and disease education were targeted at specific Haitian-American communities in the U.S. “We don’t have a crystal ball,” says Marty Cetron, director of global migration and quarantine at the CDC. “The point is to get lots of better data and to move from the reactive to the preventative.” 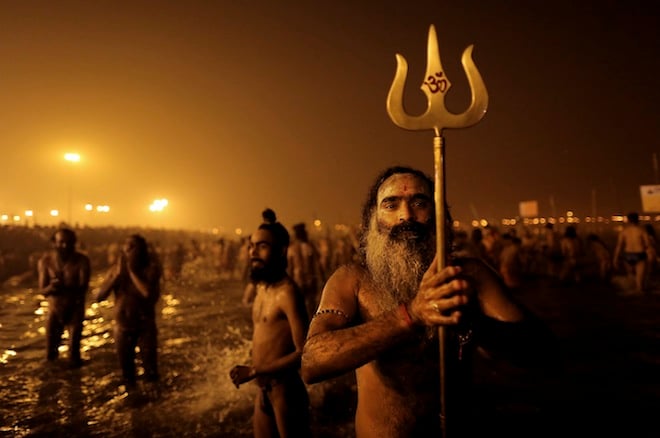 An Indian Hindu holy man, or Naga Sadhu, prays while taking a dip at Sangam, the confluence of the rivers Ganges, Yamuna and mythical Saraswati, during the royal bath on Makar Sankranti at the start of the Maha Kumbh Mela. (Kevin Frayer/AP) 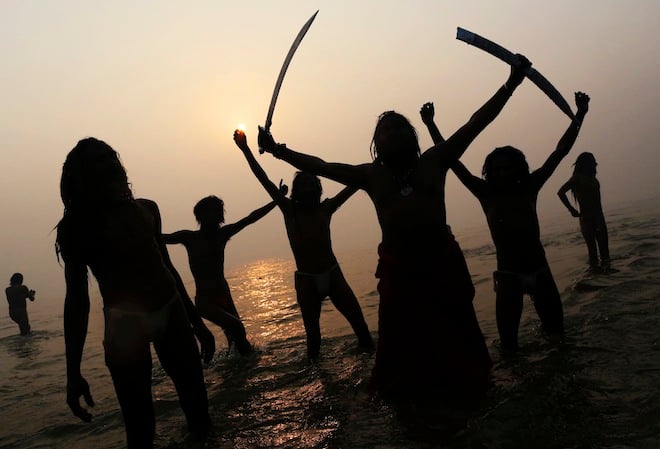 Indian Hindu holy men are silhouetted as they celebrate in the water at Sangam.(Kevin Frayer/AP) 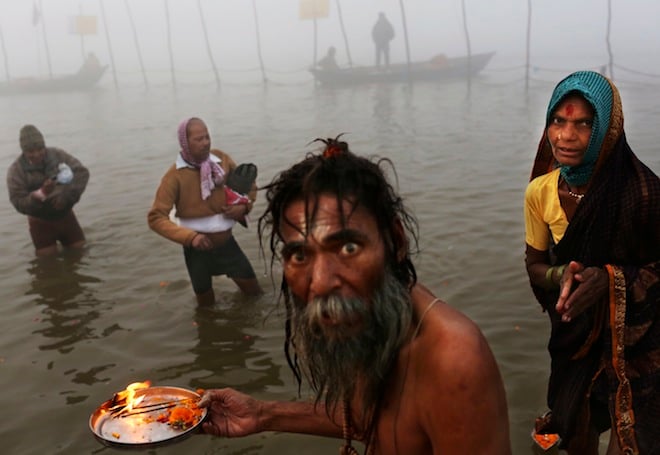 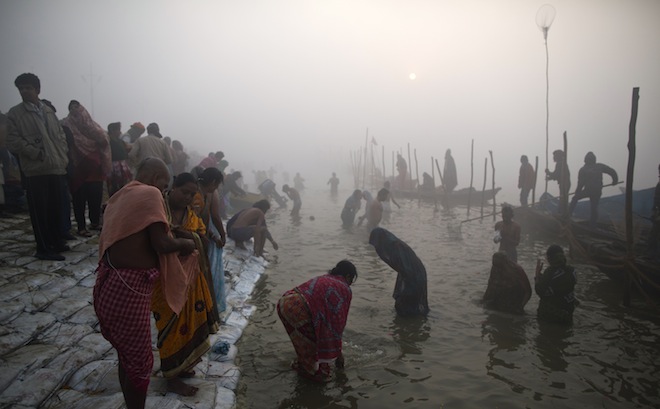 Hindu devotees take a holy dip in the waters of the Ganges. (Ahmad Masood/Reuters) 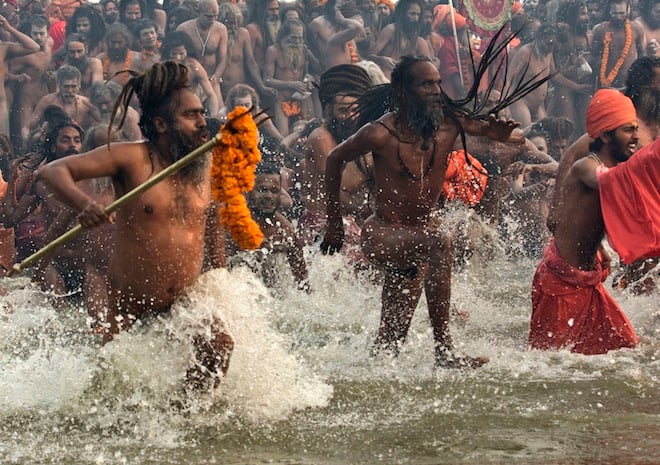 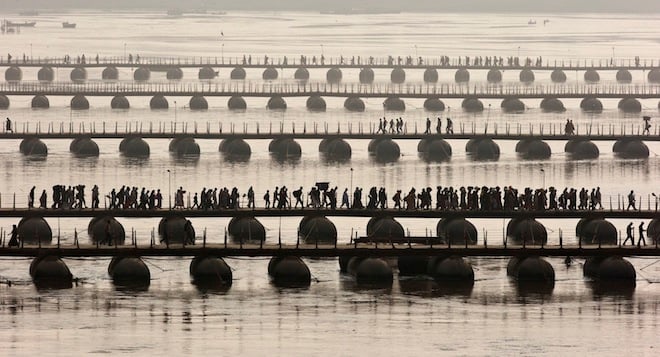