With legal barrier cleared, a new deadline on Thursday: the window to invoke eminent domain in Nebraska for remaining land needed for Keystone 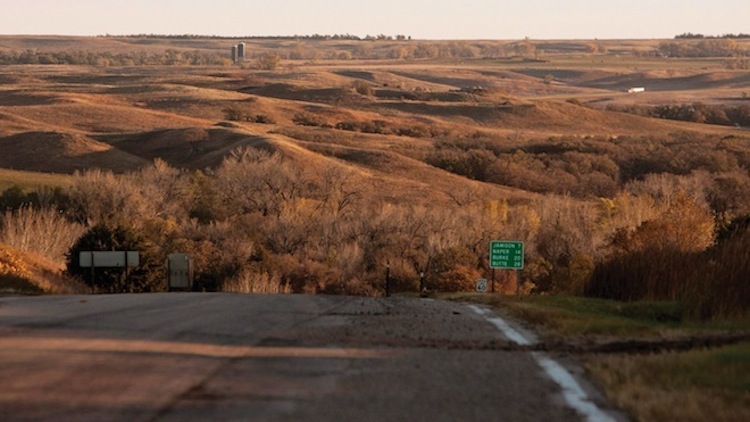 the Sandhills near Mills, Neb., an environmentally sensitive area which TransCanada had planned to build a pipeline through to transport crude oil from Canada to the Gulf Coast. (Nati Harnik/AP)

LINCOLN, Neb. — The developer of the Keystone XL oil pipeline took its first steps in Nebraska on Tuesday since the state’s high court removed a major legal barrier for the planned route.

Officials with TransCanada said they’ve filed paperwork in nine counties to acquire access to the remaining land that’s needed to construct, operate and maintain the pipeline. The two-year window for TransCanada to invoke eminent domain in Nebraska closes Thursday.

The pathway could still face legal challenges in Nebraska. Opponents have sued to try to prevent the Calgary, Alberta-based company from using eminent domain and to overturn the state pipeline-siting law that allowed ex-Gov. Dave Heineman to approve the route in 2013.

The pipeline would carry an estimated 800,000 barrels of crude oil a day to Nebraska, where it would connect with existing pipelines headed for Gulf Coast refineries.

By law, TransCanada can use the courts to force Nebraska landowners to sell access to their land. Company officials say they still need to acquire 12 per cent of the total land easements from Nebraska landowners who have not yet reached a deal with the company. Some holdouts have said they won’t negotiate no matter how much TransCanada offers.

The company has acquired 100 per cent of the private landowner easements in Montana and South Dakota, Craig said.

“This is all we have left,” Craig told The Associated Press. “… We think 88 per cent voluntarily agreements in the last two years is a substantial success.”

Pipeline opponents argue that many of the landowners in Montana and South Dakota were “bullied” early in the process and told they had no other option.

“Farmers and ranchers have the grit and stomach to prevent TransCanada from polluting our water. Landowners will match TransCanada’s lawsuits in local courts and continue to take our fight to the one person who can put an end to all of this: President Obama,” said Jane Kleeb, executive director of pipeline opposition group Bold Nebraska.

Related: The untold story of the Keystone XL pipeline

President Barack Obama has downplayed the project’s benefits, and the White House has publicly threatened to veto legislation in Congress that would fast-track the project.

Environmentalists and other pipeline opponents argue that any leaks could contaminate water sources and the project would increase air pollution around refineries and harm wildlife. Supporters, including state and national Republicans and oil industry members, say those fears are exaggerated and argue that the pipeline would create jobs and ease the country’s dependence on foreign oil.

At least 70 per cent of the Nebraska landowners have signed agreements, Craig said, and he expects the company will sign agreements with at least half of the remaining landowners without having to use eminent domain.

Those still willing to negotiate mostly have concerns about compensation and restoration of native grasslands that could take three to five years to regrow, Craig said.