Trolling ourselves to death in the age of Trump

How we arrived in this Twilight Zone, in which the norms of public discourse have broken down and grotesque spectacles of incivility feel like the new normal 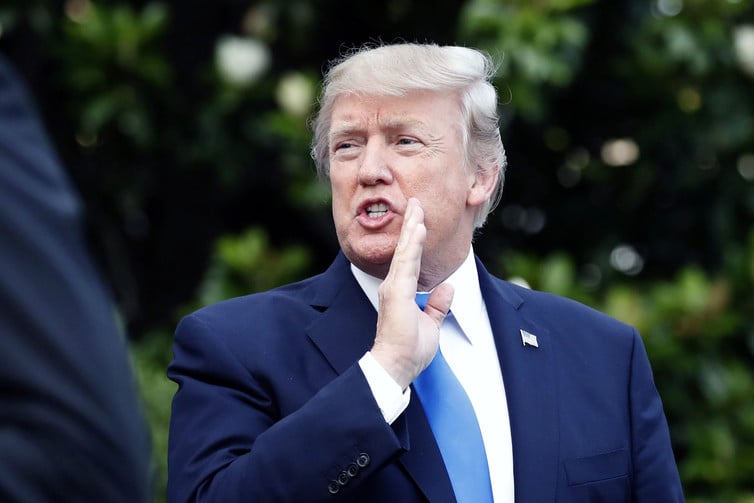 Trolling is no longer confined to the darker corners of the internet, especially now the U.S. president himself is engaging in it. (AP Photo/Alex Brandon)

Last month, the New York Times took on the seemingly impossible task of counting the lies of Donald Trump. To make this task manageable, they counted all the lies over the course of his first six months in office. They arrived at a grand total of 100 lies. And that’s without even including in their count such categories as the president’s “dubious statements” and “careless errors.”

It is difficult to imagine a more demoralizing job than counting the lies of a man commonly labelled a pathological liar. The lies have left us numb. We have grown accustomed, passive, and helpless before them. We fully expect the lies as surely as we expect the sun to rise and fall.

So how did we get here? How did we arrive in this Twilight Zone, in which the norms of public discourse appear to have broken down — this alternate universe in which brazen lies and grotesque spectacles of incivility feel like the new normal?

There are at least two ways of framing the problem. One is to zero in on the media, that is, on journalism. This way of framing the problem sees fake news as the primary culprit. If only we could find some way of keeping fake news in check, this line of reasoning goes, we could restore some order and rationality to our public discourse. Presumably, then, the answer lies in more aggressive fact-checking on the part of traditional journalism and greater media literacy on the part of the public.

A second way of framing the problem is to focus on media, that is, on technologies of communication. This way of framing the problem sees the dominant media of the age, not their content, as the primary culprit. According to this second line of reasoning, if only we could understand how our dominant media shape not just content, but the entire affective structure of public discourse, we might come to appreciate the nature and severity of our present chaos.

Both ways of framing the problem have their respective merits. But between the media and media, which, if either, can be said to be the driver behind what has come to be known as our post-truth world? 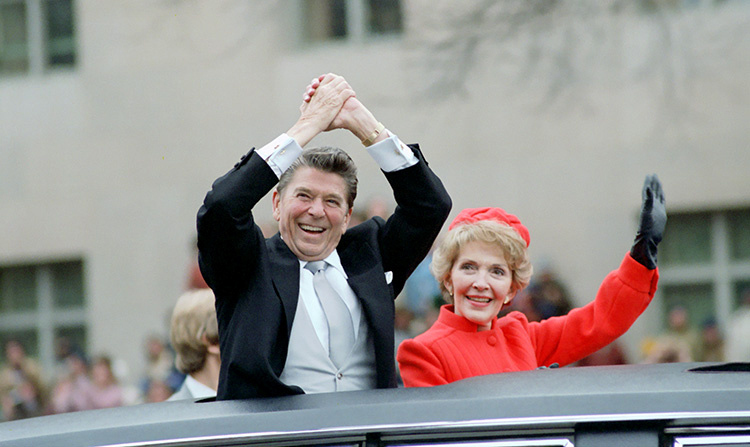 In his 1985 book, Amusing Ourselves to Death: Public Discourse in the Age of Show Business, Neil Postman offered an early version of the second view. Taking his cue from the media theorist Marshall McLuhan, Postman argued that public discourse had been recreated in the image of television. American democracy had become a form of entertainment — equal parts sitcom, soap opera, and tabloid TV — in which the trivial and the superficial had come to hold greater persuasive power than the logical and the factual.

READ MORE: In the Trump era, youth must fight for democracy

Television, Postman claimed, offered nothing less than a “philosophy of rhetoric,” a theory of persuasion according to which truth is decided by entertainment value. The more entertaining a public figure, the more persuasive the message. Postman, of course, wrote in a more innocent time, the age of Ronald Reagan. Would that he had written in the age of Donald Trump.

We can extend Postman’s argument about television to social media. If television turned politics into entertainment, then social media might be said to have turned it into a giant high school, replete with cool kids, losers and bullies. The presidencies of both Barack Obama and Donald Trump are very much social media presidencies. But they tell two different stories. 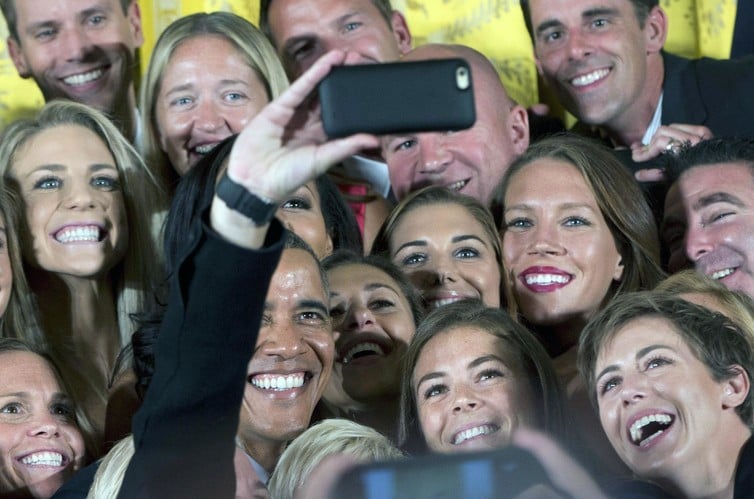 Barack Obama was a social media natural – but this was also a curse for his party. (AP Photo/Carolyn Kaster)

Obama represents the more positive, rosy, feel-good story of social media. He was wildly popular on Facebook, Twitter and Instagram, displaying a tech-savviness that put his rivals John McCain and Mitt Romney to shame. Obama’s photogenic appearance, witty humour, sense of irony, knowledge of popular culture, friendships with Beyoncé and Jay-Z, and impressive grace under pressure made him a social media natural.

But Obama’s social media success turned out to be a curse for his party. His fellow Democrats arrogantly assumed that the future belonged to them — that social media was the terrain of a younger generation of liberal hipsters fluent in irony, memes and hashtags — all the while assuming that conservatives were a largely clueless generation of technologically challenged old people scarcely able to make sense of the exotic world of “the Facebooks,” “the Twitters” and “the Snap Chaps.”

They could not have been more wrong. What they failed to recognize was the rise of the alt-right, a new generation of conservatives equally as cyber-savvy as their liberal counterparts, but whose politics are driven by a burning, insatiable rebellion against liberal orthodoxy. 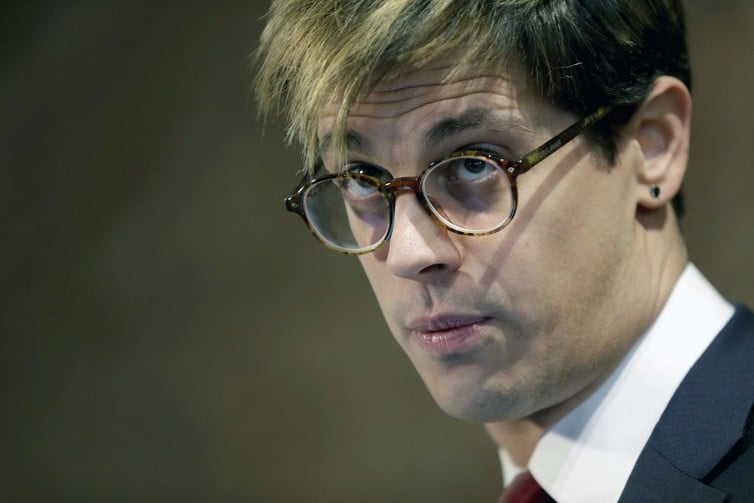 In some sense, we’ve seen a reversal in the narrative of the culture wars: the rebels of yesterday are said to have become the mainstream, while the new generation of conservatives has become the new rebels, a reversal brilliantly documented by Angela Nagel in her book, Kill All Normies.

The alt-right, as Nagel observes, grew out of the subversive culture of 4chan, the obscure imageboard on which anonymous users freely post all manner of images, no matter how graphic or tasteless. The anonymity of 4chan early on fostered a spirit of rebellion against authority. What we today know as memes originated on 4chan. Anonymous, the anarchist-hacktivist collective known for its DDoS attacks on government websites, also originated on 4chan. But the same spirit of rebellion that gave birth to Anonymous also gave birth to the alt-right, which formed in reaction to feminist critiques of video games and gamer culture. One of the most vocal supporters of the Gamergate movement was Milo Yiannopoulos, the public, if now disgraced, face of the alt-right.

It’s not for nothing that Milo, a self-identified and quite proud troll, led the new generation of conservative rebels in support of Donald Trump, in whom they saw the most effective and consistent force against the tyranny of political correctness. The rest of the 2016 Republican field was just too civil, too submissive before the liberal enemy to warrant their allegiance. Donald Trump, however, was the real deal: a man whose irreverence toward liberal propriety and whose absolute lack of principle made him the perfect instrument against the enemy.

If Facebook is a high-school popularity contest, then Twitter is a schoolyard run by bullies. It is the medium in which both Milo and Trump honed their craft as trolls. Although originally designed as a social tool, Twitter soon devolved into an anti-social hellscape. The 140 characters are hardly conducive to civil disagreement. They do, however, lend themselves to reactionary, paranoid behaviour: vicious insults that seek to hurt and offend, to get under the other’s skin, to find their weak spot, to stick the knife in and violently twist it to exact the maximum degree of psychological torment.

It’s difficult not to get pulled into the black hole of Twitter trolling. Even the most dignified users will feel tempted to respond to vicious personal attacks. Twitter wars have become a kind of media spectacle in themselves, worthy of full-blown news coverage, often with headlines like, “…and Twitter lets [him/her/them] have it.”

The problem is that trolling has gone mainstream. It is no longer confined to the darker corners of the internet. The president of the United States is a troll. It is not a wild exaggeration to say that American public discourse is being recreated before our eyes in the light of Twitter.

We are witnessing the birth of a new political game, in which one of the primary moves is the act of trolling. Politicians now routinely troll each other online. Citizens troll politicians and politicians troll them back. The common denominator in all this white noise is the logic of the insult: whoever insults hardest wins.

The problem with zeroing in on fake news as the culprit for a post-truth world is that it does not explain what’s driving the fake news. It would be naïve to think that fact-checking and more skepticism of news sources can somehow contain the problem. Indeed, the problem is much deeper.

Revisiting Postman’s classic book and applying his insights to social media can go a long way not only in explaining the proliferation of fake news, but also the political tribalism that’s pitting citizens against each other. If Postman were alive today, he might be concerned that we are not so much amusing, as trolling ourselves to death.

Jason Hannan is the editor of Truth in the Public Sphere (Lexington Books, 2016). Read the introduction here. He is Associate Professor of Rhetoric and Communications at University of Winnipeg