Tropical storm Rina was the 17th named storm of the year, and that's rare

Have you ever wondered how a hurricane gets its name? Or who chooses names like Harvey, Irma, and Jose? 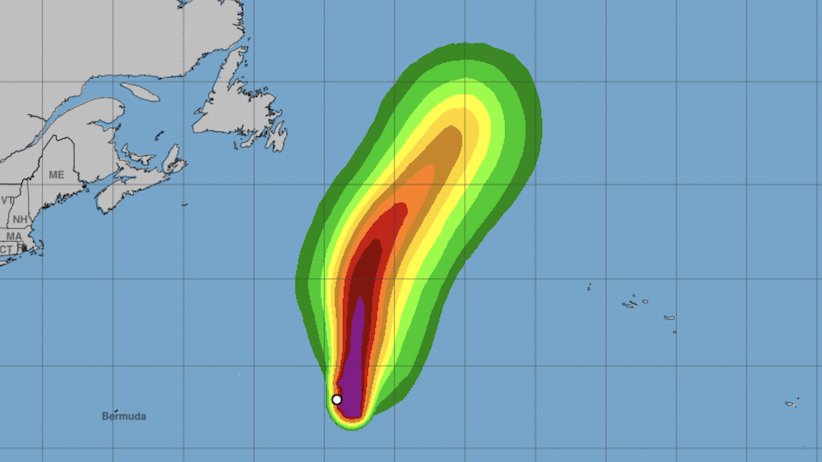 The Atlantic hurricane season has reached its 17th named storm—a rare November “R” —Tropical Storm Rina. There have been only five other “R” storms in the Atlantic Basin since 1950, when formal hurricane names started being used. This occurred in 2012 (Rafael), 2011 (Rina – that’s right, same name), 2010 (Richard), 2005 (Rita) and 1995 (Roxanne). Both Rita and Roxanne ended up being retired due to the destruction they left in their wakes.

While Rina didn’t reach hurricane status, the storm’s presence puts this year in a ninth-place tie for the most named storms for any Atlantic hurricane season since 1851.

Have you ever wondered how a hurricane gets its name? Or who chooses names like Harvey, Irma, and Jose?

Hurricane season typically runs from June 1 to Nov. 30, but hurricanes can form outside of these parametres, as we saw in 2017, with Hurricane Arlene, which formed in April.

READ: What it feels like to witness a hurricane

The names for these Atlantic hurricanes, and other storm systems in various regions, are chosen by the World Meteorological Organization, based in Geneva, Switzerland.

According to the National Hurricane Centre, the naming system began to simplify communication when relaying information, instead of relying on positional naming, based on latitude and longitude. There were several naming conventions prior to the current system, which included naming the storms after the Saint’s day on which the storm fell, and by naming the storms women’s names.

The current convention of rotating men’s and women’s names began in 1978 for the Eastern North Pacific and 1979 for the Atlantic and Gulf of Mexico.

The names begin alphabetically and rotate from year to year starting with a male or female name. There are 21 total names for each season, excluding Q, U, X, Y, and Z. (If there are more than 21 hurricanes in a season, the storms are then named after Greek alphabet characters, such as Alpha, Beta, Gamma.)

The Atlantic hurricane name lists rotate every seven years, so the 2017 list will be re-used in 2023. If a storm is particularly devastating, however, the name would be retired, and another would take its place the next time that cycle of names is used. Hurricane names such as Sandy and Katrina, for example, have been retired.

What’s more: there are some formations that begin as tropical depressions that never escalate into tropical storms. These storms are given a number based on their chronological appearance in sequence prior to being named. For example, Hurricane Irma began as “Ten.”

In other regions, the names are different, as they correspond with names that are familiar to people in the region, with the idea that the storm names will be simple to remember.