Refugees are seen at the port after arriving in Athens, Greece on September 24, 2015. (Ozge Elif Kizil/Anadolu Agency/Getty Images)

Justin Trudeau’s insistence that he will stick with a plan to bring in 25,000 Syrian refugees by year-end — even amid heightened security concerns around the world — has made several provinces nervous about security and prompted Saskatchewan to ask Monday for a suspension of the project.

“Surely we do not want to be date-driven or numbers-driven in an endeavour that may affect the safety of our citizens and the security of our country,” Saskatchewan Premier Brad Wall wrote in a publicly released letter to the prime minister.

“If even a small number of individuals who wish to do harm to our country are able to enter Canada as a result of a rushed refugee resettlement process, the results could be devastating.”

Premiers lack key information on the Liberal initiative, so it’s no wonder they are taking a second look, federal Conservative interim leader Rona Ambrose said in an interview.

“The premiers have been asked to take part in this entire plan but they don’t actually know what it is,” Ambrose said.

“I think that’s the real key here: they need to share the plan. They need to share it with Brad Wall and every premier across the country who has so generously agreed to be a part of it and explain ‘here’s how it is going to happen’.”

Wall said he understands the “overwhelming majority of refugees” are fleeing violence and do not pose a threat, but he urged caution following the massacre in the French capital on Friday.

The Islamic State of Iraq and the Levant has claimed responsibility for the attacks that left 129 dead and 350 wounded.

“The recent attacks in Paris are a grim reminder of the death and destruction even a small number of malevolent individuals can inflict upon a peaceful country and its citizens,” Wall said.

“I’m going to be frank, I don’t think it’s possible by the end of the year,” Kathleen Weil said. “I think that people realize it’ll take the time it’ll take, but we are determined to do it well.”

“They need to make sure that their processes are working, that those security checks are being done properly and then, as they can, invite those refugees to come,” Clark said. 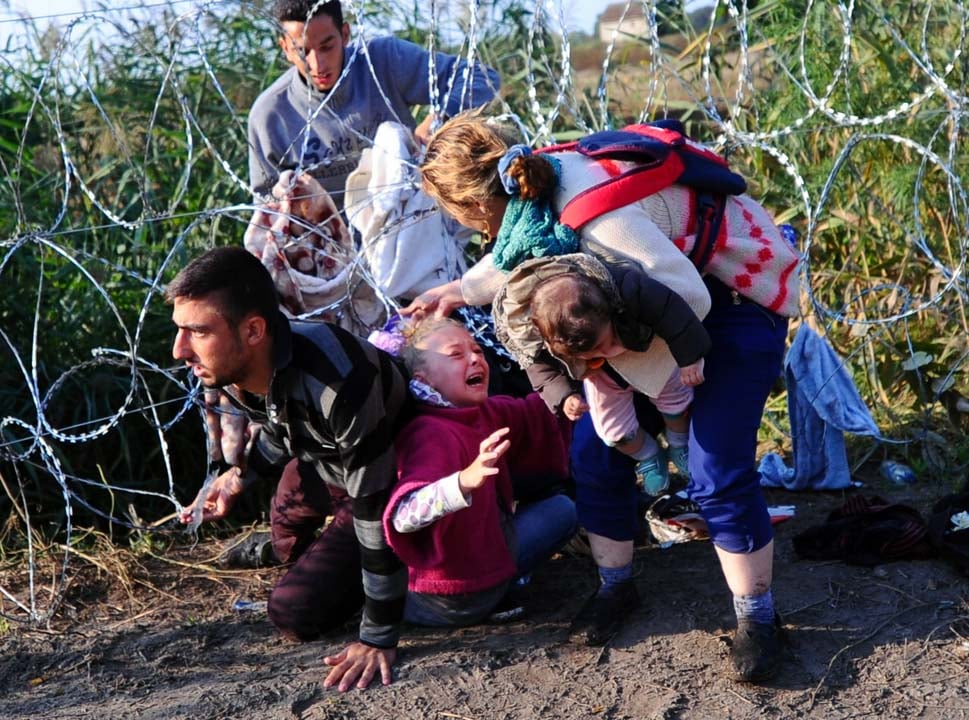 Ontario’s health minister says his province stands by a commitment to take up to 10,000 Syrian refugees through 2016.

The exact number has not yet been decided, but it will be a “significant” percentage of the 25,000 nationwide, Eric Hoskins said.

The Paris attacks have not changed Ontario’s commitment, Hoskins added.

“I’m confident the process the federal government is working on will take into account the legitimate security needs and concerns that Ontarians might have,” he said.

Federal Health Minister Jane Philpott, who is leading the ad hoc committee on refugee resettlement, expressed her condolences on Monday following the attacks in Paris but suggested they do not change the government’s plan.

In addition to addressing security concerns, the Trudeau cabinet faces an enormous challenge to iron out details such as how refugees will be transported to Canada and what happens once they arrive.

Philpott said she hopes to provide more information this week.

“We want to be sure that the plan is responsible and orderly and that we will be able to give a very clear plan when we do make the details available,” she said.

The government also has to determine where it will conduct health screenings, though Philpott would not provide specifics on Monday.

Ambrose said the new government must address concerns being expressed by Canadians.

“After what happened in Paris, people are reacting to that,”she said. “I think the government should not dismiss that.

“The concern right now is people want to know if this can be done in a safe way. That doesn’t mean they’re intolerant people. It means they have a very clear question and a very clear desire to see what the plan is.”