Barack Obama: 'Shimon never saw his dream of peace fulfilled. And yet he did not stop dreaming' 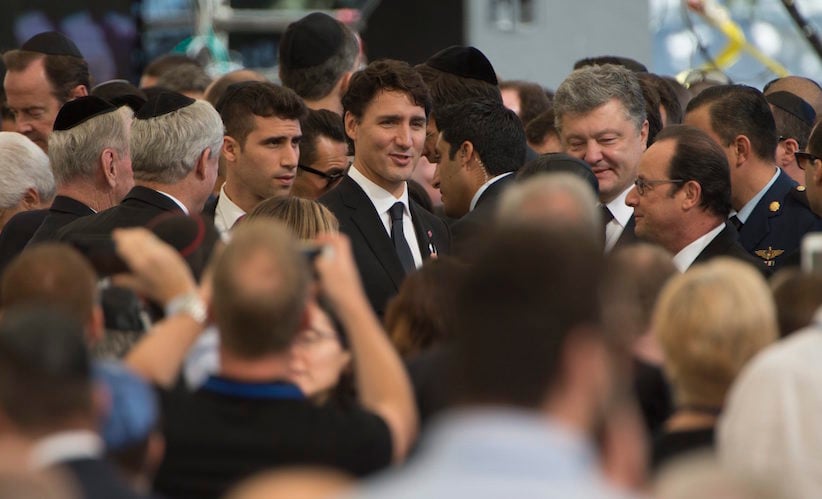 JERUSALEM — Prime Minister Justin Trudeau, his Liberal and Conservative predecessors and political luminaries from around the world gathered Friday to mourn Shimon Peres — a dreamer and visionary who personified the hope for peace in the Middle East.

Trudeau, joined by former prime ministers Jean Chrétien and Stephen Harper, led a Canadian delegation to Jerusalem to attend the state funeral for Peres, who died Wednesday after suffering a stroke at the age of 93.

Mount Herzl national cemetery was brimming with political giants and dignitaries, including Prince Charles, U.S. President Barack Obama and Palestinian President Mahmoud Abbas, who sat in the front row alongside members of the Peres family.

No one in the Canadian delegation was among the speakers at the solemn outdoor ceremony, which took place in sweltering early-autumn heat under a sprawling white tent.

Former Canadian cabinet minister Stockwell Day attended the ceremony and said he hoped for a day when Israel would realize Peres’s hope for peace.

As the funeral began, Foreign Affairs Minister Stephane Dion sent out a tweet that said “Canada has lost a friend, Israel a father. Rest in peace, Shimon.”

Peres, a Nobel Peace Prize laureate, held every major office in Israel, including president and prime minister. He personified the history of Israel during a remarkable seven-decade political career and who came to be seen by many as a visionary and symbol of hopes of Mideast peace.

Obama described the unlikely friendship he forged with Peres given their vastly different backgrounds.

“It was so surprising to see the two of us, where we had started, talking together in the White House, meeting here in Israel,” he said. “I think both of us understood that we were here only because in some way we reflected the magnificent story of our nations.”

He said Peres never tired, never dwelled on the past, and always seemed to have another project in the works.

“It is that faith, that optimism, that belief, even when all the evidence is to the contrary, that tomorrow can be better that makes us not just honour Shimon Peres, but love him,” he said.

“The last of the founding generation is now gone,” he added. “Toda rabah haver yakar,” he said, Hebrew for “thank you so much dear friend.” 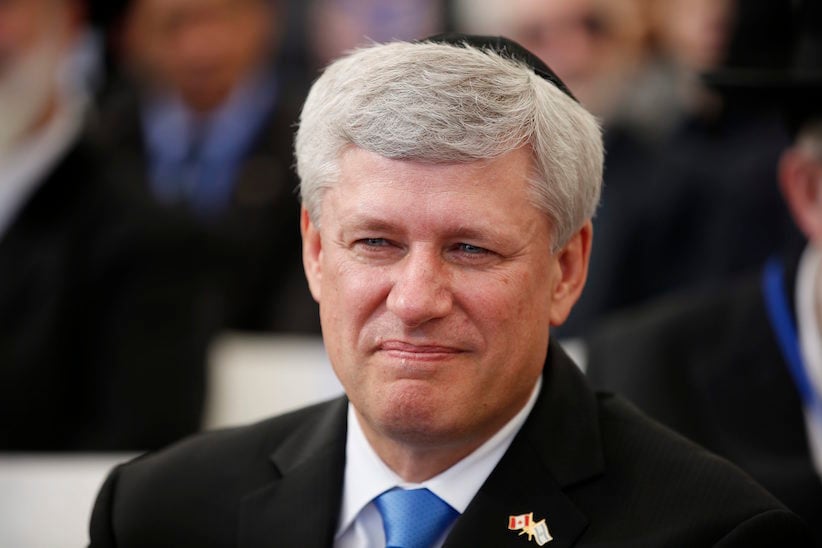 Friday’s funeral was Israel’s largest gathering of international dignitaries since the funeral of Prime Minister Yitzhak Rabin, Peres’ partner in peace, who was killed by a Jewish nationalist in 199.

Clinton, who was president when Peres negotiated a historic interim peace accord with the Palestinians in 1993, called him a “wide champion of our common humanity.”

He described a warm, 25-year friendship and dismissed critics who described Peres as a naive dreamer. He recalled a meeting with Peres where Israeli and Arab children sang together John Lennon’s “Imagine.”

“He started life as Israel’s brightest student, became its best teacher and ended up its biggest dreamer,” said Clinton.

“He lived 93 years in a state of constant wonder over the unbelievable potential of all the rest of us to rise above our wounds, our resentments, our fears to make the most of today and claim the promise of tomorrow.”

The funeral created numerous logistical and security challenges, and roads, including the main highway from Tel Aviv to Jerusalem, were closed.

— with files from The Associated Press