Trump acknowledges he could lose to Clinton 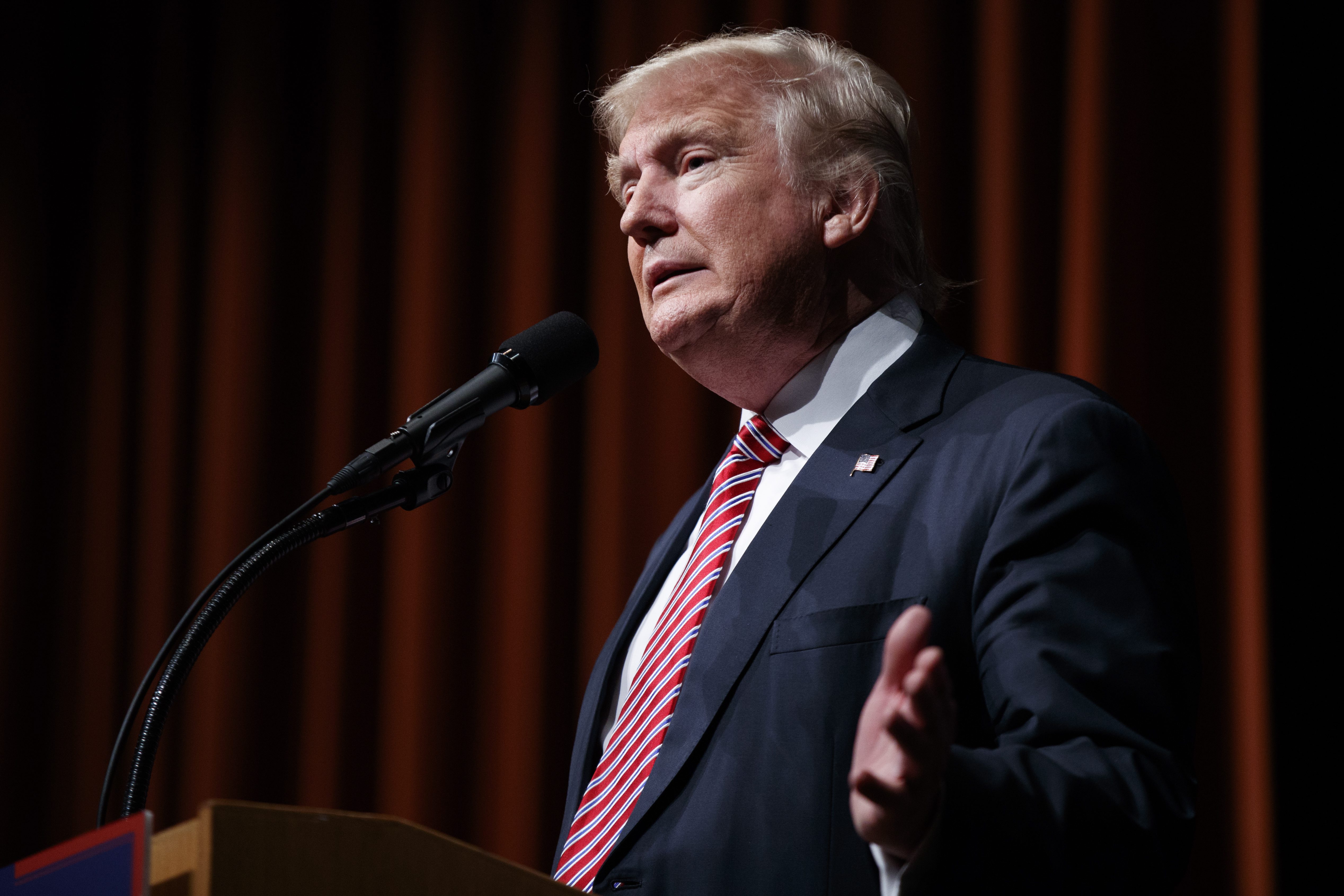 ORLANDO, Fla. – Straying from his trademark bravado, Donald Trump acknowledged Thursday that his presidential campaign is facing challenges and could ultimately fall short – a rare expression of humility by the Republican presidential nominee.

Trump’s most explicit concession came as he pleaded for support at a gathering of evangelical ministers, where Trump observed he was “having a tremendous problem in Utah.” It came the same day the billionaire celebrity acknowledged that his lack of political correctness could cost him the election if Americans reject his blunt approach.

“We’re having a problem,” Trump told the ministers, adding that the next president could get to nominate up to five high court justices. “It could cost us the Supreme Court.”

After trouncing 16 challengers in the Republican primary, Trump is encountering worrying signs as his campaign moves into the general election. Democrat Hillary Clinton’s lead over Trump in national polls has widened in recent days, while a number of fellow Republicans have declared they won’t support their own party’s presidential nominee.

In Utah, typically a reliably Republican state, Trump’s challenges have been particularly striking. The state’s large Mormon population has voiced serious skepticism about Trump, though the state’s GOP governor has endorsed him.

“We’ve really been given a false narrative,” Trump said of his struggles in Utah.

Yet in other traditionally GOP-leaning states like Arizona and Georgia, too, Republicans are concerned Trump’s unpopularity could give Democrats an improbable victory. The concerns are compelling enough that dozens of worried Republicans gathered signatures Thursday for a letter to the GOP party chairman urging him to stop helping Trump and focus on protecting vulnerable House and Senate candidates.

Trump, who typically boasts of how overwhelmingly he’s going to win the election, seemed less assured during a round of interviews and public appearances on Thursday. Asked by CNBC how he planned to reverse the advantage that Clinton has opened over him, Trump said he simply planned to do “the same thing I’m doing right now.”

“At the end, it’s either going to work, or I’m going to, you know, I’m going to have a very, very nice, long vacation,” Trump said.

Expressing anything other than confidence fewer than three months to Election Day is an unusual posture for a major party presidential nominee. But GOP strategist Mike DuHaime, who advised Trump ally Chris Christie’s presidential bid, said there could be benefits to Trump’s newfound self-awareness.

At the evangelical summit in Orlando, Trump beseeched religious leaders to convince their followers to show up to vote for him, gently chiding evangelicals for failing to vote in large enough numbers for GOP nominee Mitt Romney in 2012. He said Christians, who make up a majority of the American electorate, need to have their voices heard.

“Whatever you can do, I appreciate it,” he said.

Trump’s unusually candid reflection about the uncertainty of his electoral prospects came as he’s struggled to keep the focus on his opponent – Clinton – and avoid unwanted distractions. Earlier this week he caused a major stir with comments about the Second Amendment that were perceived as advocating violence against Clinton, and found himself facing questions yet again after declaring Wednesday that President Barack Obama was the “founder” of the Islamic State group – a claim that’s patently false.

Those dust-ups reinforced concerns among Trump supporters that a lack of discipline could imperil his chances. Even as he was given opportunities Thursday to clean up his quip about Obama from a day earlier, Trump instead took it further.

He brushed off conservative radio commentator Hugh Hewitt’s attempt to reframe Trump’s observation as one that said Obama’s foreign policy created the conditions in Iraq and Syria that allowed IS to thrive.

“No, I meant he’s the founder of ISIS. I do,” Trump said, using another acronym for the extremist group that has wreaked havoc from the Middle East to European cities.

Hewitt asked Trump if he would acknowledge that Obama hates the Islamic State, noting that the president is “trying to kill them.” Over the past two years Obama has organized a broad coalition of countries and launched more than 10,000 U.S. airstrikes to defeat IS.

“I don’t care,” the billionaire businessman replied. “He was the founder. The way he got out of Iraq – that was the founding of ISIS, OK?”

The GOP letter to Republican National Committee Chairman Reince Priebus warns that Trump’s “divisiveness, recklessness, incompetence, and record-breaking unpopularity risk turning this election into a Democratic landslide,” according to a draft obtained by The Associated Press. At least 70 Republicans have signed the letter so far, according to Republican operative Andrew Weinstein, who said it included five former members of Congress and 16 former RNC staffers.

The RNC did not immediately respond to a request for comment.