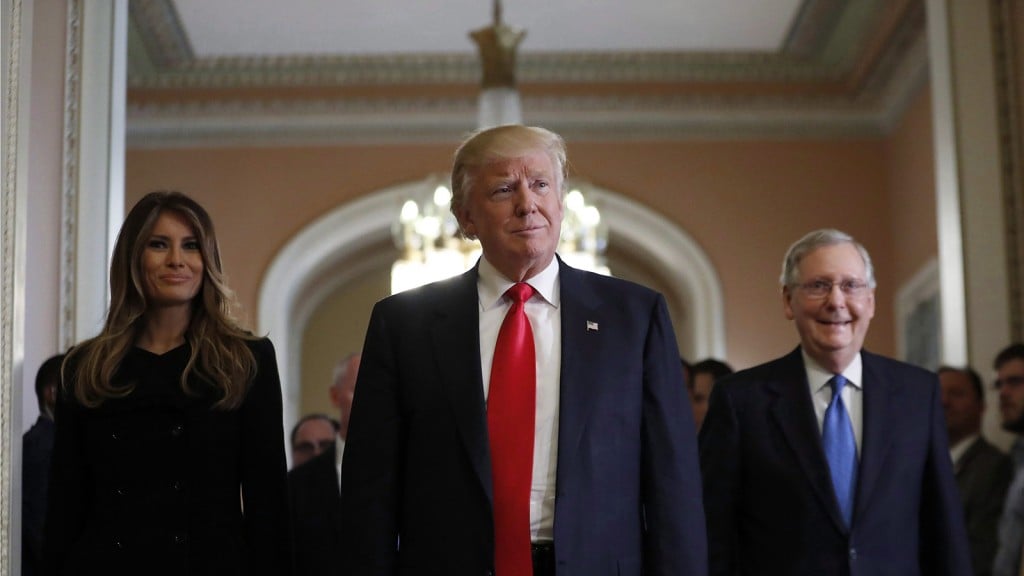 OTTAWA – Canada appears unfazed by Donald Trump’s vow to immediately begin the process of pulling the United States out of the Trans-Pacific Partnership once he becomes president.

In a YouTube video released Monday night, the president-elect said he will issue a notification of intent to withdraw from the agreement on his first day in power, a move many believe would kill the deal.

A senior Canadian government official, who spoke on condition of anonymity because of the sensitive nature of the issue, said no decision on pulling out of the TPP becomes final until February 2018.

When the participating countries signed the agreement last February in New Zealand, that two-year timeframe was built into the process to take into account the domestic political situations in all 12 countries, the source said.

The TPP is intended to open up trade among the 12 countries that encompass nearly 40 per cent of the world’s GDP, including Canada.

Trump, who has repeatedly criticized the TPP as “a potential disaster” for America, did not mention NAFTA, which he has promised to renegotiate.

The source said Canada will continue with its messaging that NAFTA is good for all three countries because it has created jobs.

David MacNaughton, Canada’s ambassador to the United States, has said Canada would be willing to renegotiate NAFTA if that would make it a better deal.

Trump’s message was issued after U.S. President Barack Obama, Prime Minister Justin Trudeau and other APEC leaders met in Peru, where they issued a call to fight the backlash against global trade.

The Canadian government says it believes in free trade but has opted to open the TPP up to widespread consultations prior to making a decision.

The House of Commons trade committee is also studying the deal.

In September, a federal study predicted Canada would generate more than $4 billion in long-term GDP gains if it joined the TPP, but stands to take a $5 billion loss if it opts out.

The analysis, conducted by the Office of the Chief Economist at Global Affairs Canada, assessed the impact of the TPP on Canada and other countries.