Image of the week: The president dispatched troops to America's southern border, where they fired tear-gas. Police on the Mexican side took a different approach. 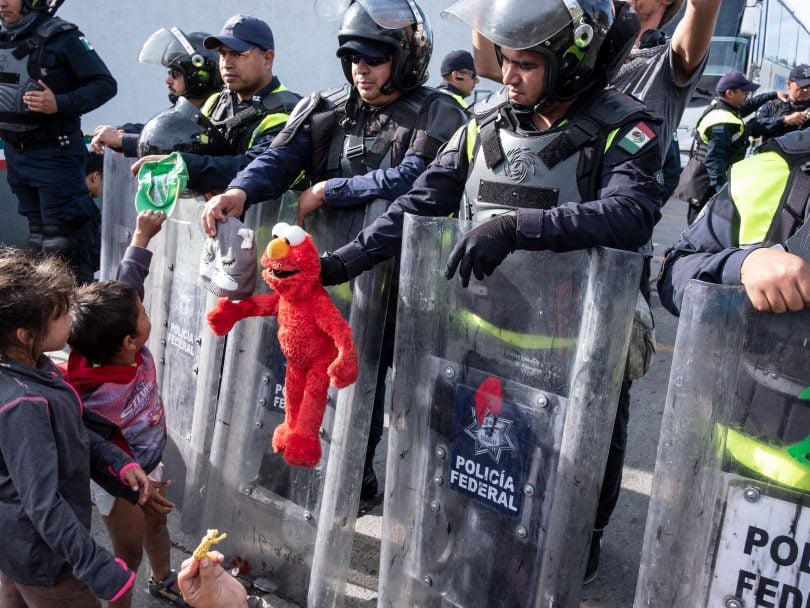 Sitting on the border between San Diego, Calif., and Tijuana, Mexico, is what some claim to be the most popular border crossing for tourists in the world: El Chaparral. When a new pedestrian bridge opened in 2017, officials boasted 14 million visitors passed through every year. So there’s a pungent irony in that crossing, once a beacon of fluid movement and cooperation between the two countries, devolving into a flashpoint in the United States’ attempts to staunch migration northbound from Latin America. The U.S. government shut down the port of entry on Nov. 26, 2018, after a 5,000-person-strong caravan of migrants walked from Central America. U.S. President Donald Trump has claimed, with no evidence, that the caravan is rife with thieves, rapists and (somehow) Islamic terrorists. Peaceful protests at the border have transformed into chaotic scrambles, with migrants trying desperately to climb the barbed-wire fence. The mayor of Tijuana has declared a humanitarian crisis, asking the United Nations for money to handle the new hordes of people sleeping outside the city’s stadium. Trump called in the army. Some of those troops shot tear gas at the crowds, but police guards sent to maintain order on the Mexican side took a more conciliatory tack, like the one captured in the photo above, offering an Elmo doll from behind a shield. Maybe, when these kids reflect back on this traumatizing moment, Trump’s orange nose won’t be the one they remember.