Trump's vow to slap huge tariffs on steel and aluminum imports sparked an uproar from businesses, world leaders and economists the world over 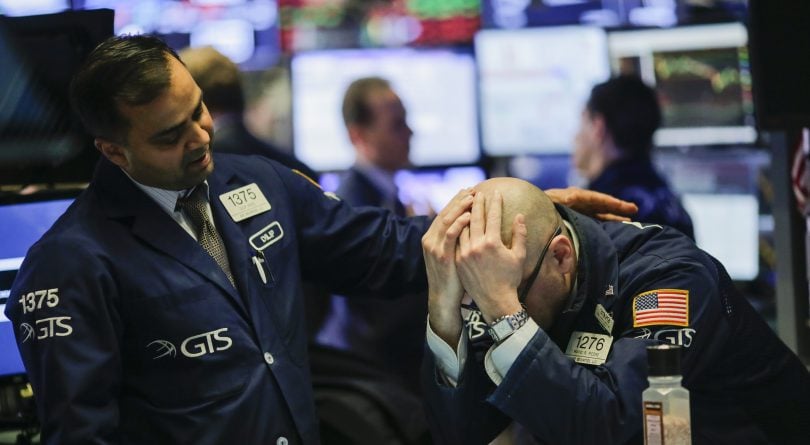 Donald Trump fancies himself a master dealmaker who can get his opponents off their game by employing aggressive and unpredictable negotiating tactics. It’s not clear, however, that the U.S. President’s latest surprise protectionist move was designed to get the kind of reception it has received.

Thursday’s move, signalling his intention to impose a 25 percent levy on all steel imports and 10 percent on aluminum, created shock waves of concern across the globe from politicians, businesses, trade groups, financial markets and from the ranks of his own Republican party. At stake? The risk of higher prices for consumers, pain for manufacturers worldwide, stock market selloffs and a global trade war.

First, it started with the Trump tweets:

“When a country (USA) is losing many billions of dollars on trade with virtually every country it does business with, trade wars are good, and easy to win.”

“Example, when we are down $100 billion with a certain country and they get cute, don’t trade anymore-we win big. It’s easy!”

Then came the reaction:

“Longer term, tariffs on steel and aluminum could signal a marked deterioration in global trade relations to the extent that they are followed by other measures from the U.S. and potential responses from other countries.” -Moody’s Investors Service Managing Director Marie Diron, who warned Canada, the top foreign source of U.S. imported steel, would be the hardest hit.

“We are putting it on hold. We believe that tariffs could cause a pretty significant increase in the price of steel on the U.S. market.” – Electrolux spokesman Daniel Frykholm on the Swedish appliance maker’s decision to delay a planned $250-million investment in Tennessee, pending Trump’s plan

The trade war Richard Nixon launched in 1971 was neither good nor easy to win. Instead, it brought a decade of stagflation. LIke Trump, Nixon was motivated entirely by winning votes from what Nixon literally called “the constituency of uneducated people.” https://t.co/jT13jsiaWf

“If the United States goes down this path for steel and aluminum, there is little to prevent other countries from arguing that they too are justified to use similar exceptions to halt U.S. exports of completely different products.” “Because this leads to a downward spiral and erodes meaningful obligations under international trade rules, justifying import restrictions based on national security is really the ‘nuclear option.’ ” – Chad P. Bown of the Peterson Institute for International Economics, a Washington-based think tank

“Leaving aside the fact that the Pentagon has already come out against these tariffs —ironically on national security grounds— guess who are our biggest suppliers of steel and aluminium? Europe and Canada, respectively.That is so hard to believe that it borders on absurd.”

“In plain language, these tariffs are a terrible idea. In fact, it is such a terrible idea that there was talk amongst the GOP [Republican Party] today about pulling some of the President’s unilateral trade authority.” – Tom Porcelli, US chief economist with RBC

“We will not sit idly while our industry is hit with unfair measures that put thousands of European jobs at risk.” – European Commission head Jean-Claude Juncker

Trade wars do the opposite. No trade war has ever worked. We don’t want to make America 1930 again. pic.twitter.com/fK7oy7GcVz

“This whole issue can blow up the [World Trade Organization]. This is not about national security. This is about propping up a U.S. industry that isn’t viable.” – Axel Eggert, the European Steel Association’s director general

“If all countries followed the example of the United States, [it] will undoubtedly result in a serious impact on the international trade order.” – Chinese foreign ministry spokesperson

Ah, I remember when Smoot and Hawley promised they had found the secret to economic growth: trade tariffs.

Now Trump is going down same path with tariffs.

For those who dont know: Smoot Hawley Tariff Act was a primary cause of Great Depression.

“Every time you do this, you get a retaliation, and agriculture is the number one target. I think this is terribly counterproductive.” – Senator Pat Roberts, a Kansas Republican

“It is a real worry because Europe is an open global economy so it isn’t just about U.S. versus China. And we will see retaliation, there are no two ways about it.” – Ian Ormiston, European equity fund manager at Old Mutual Global Investors