With Turkey's opposition media largely silenced, opponents of the constitutional changes complain that they cannot get their views across 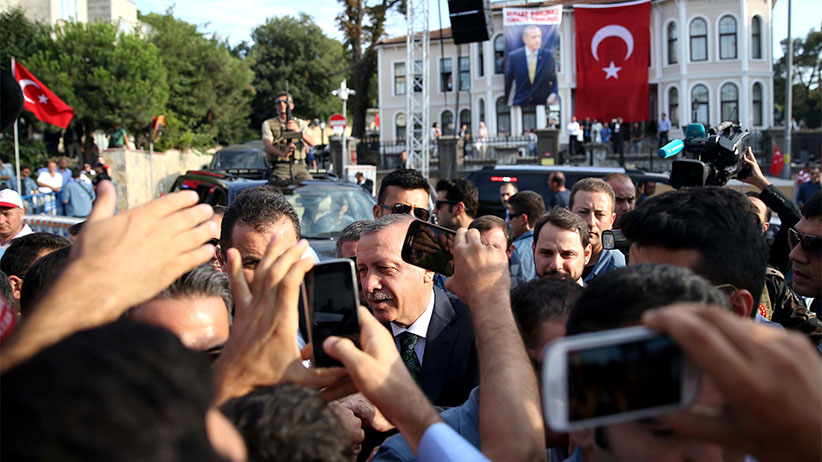 ANKARA, Turkey – Turkey’s electoral board on Saturday confirmed April 16 as the date of a national referendum on expanding the president’s powers, but the main opposition leader predicts he will face an “unfair” campaign process.

The head of the High Electoral Board, Sadi Guven, announced the referendum date a day after President Recep Tayyip Erdogan signed off on the constitutional changes aimed at creating a presidency with executive powers, which were passed by parliament last month. Guven said 55 million people in Turkey and close to 3 million Turks living abroad are eligible to cast votes.

RELATED: How Turkey became a petri dish for Islamist politics

But with Turkey’s opposition media largely silenced, opponents of the constitutional changes complain that they cannot get their views across.

“The referendum process will not take place under fair conditions. We know that the (pro-government media) will continue to act as though the opposition does not exist,” said Kemal Kilicdaroglu, leader of the Republican People’s Party.

Speaking to a small group of journalists, Kilicdaroglu said he still remains hopeful that a “no” vote will prevail.

“We know that it won’t be a just referendum, but despite everything, I have trust in the people’s conscience, foresight and common sense,” Kilicdaroglu said.

The changes, long sought by Erdogan, would grant the president the power to appoint government ministers and senior officials, dissolve parliament, declare states of emergency, issue decrees and appoint half of the members in the country’s highest judicial body.

RELATED: The dawn of the strongman era is here

The proposal would also increase the number of parliamentarians from 550 to 600 and lower the age of eligibility for parliamentary office from 25 to 18.

Critics say it would concentrate even more power in the hands of a leader they accuse of authoritarian behaviour.

The government says a strong presidency will make the country stronger and improve its abilities to fight terror threats.