Turkish PM: No apology to Russia for downing jet

Ahmet Davutoglu: 'No Turkish prime minister or president will apologize ... because of doing our duty' 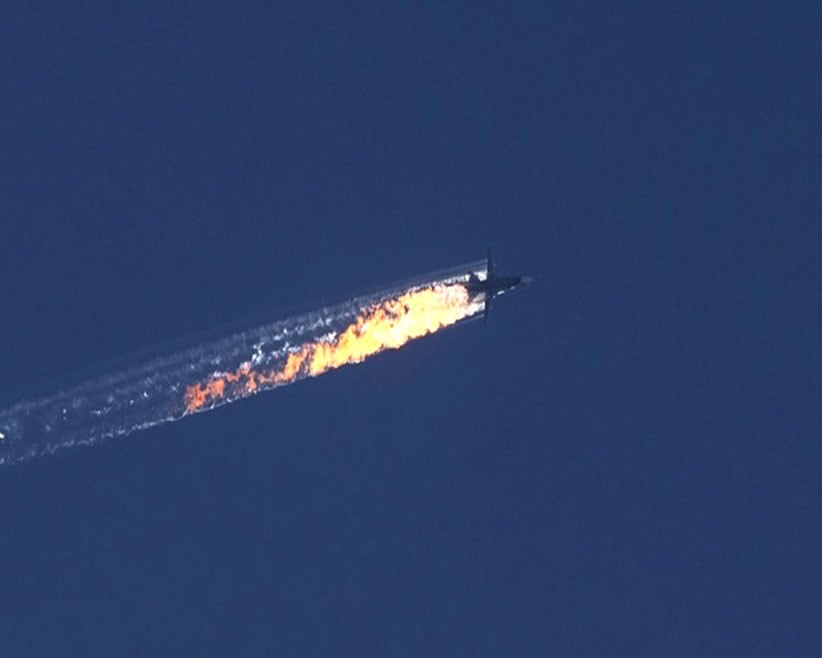 A still image made available on 24 November 2015 from video footage shown by the HaberTurk TV Channel shows a burning trail as a plane comes down after being shot down near the Turkish-Syrian border, over north Syria, 24 November 2015.  (HABERTURK TV CHANNEL/EPA/CP)

BRUSSELS — Turkey’s prime minister says his country won’t apologize to Russia for shooting down a warplane operating over Syria that crossed through Turkish airspace.

Davutoglu told reporters Monday that “no Turkish prime minister or president will apologize … because of doing our duty.” He spoke after a meeting with the NATO chief in Brussels and said Turkey remains open to talks with Russia about ways to avoid such incidents in the future.

President Vladimir Putin’s foreign affairs adviser has said the Russian leader hadn’t taken calls from Turkey’s president because there has been no Turkish apology. Russia insists the plane did not intrude on Turkish airspace.