U.K.’s powerful vow to send their kids to state schools 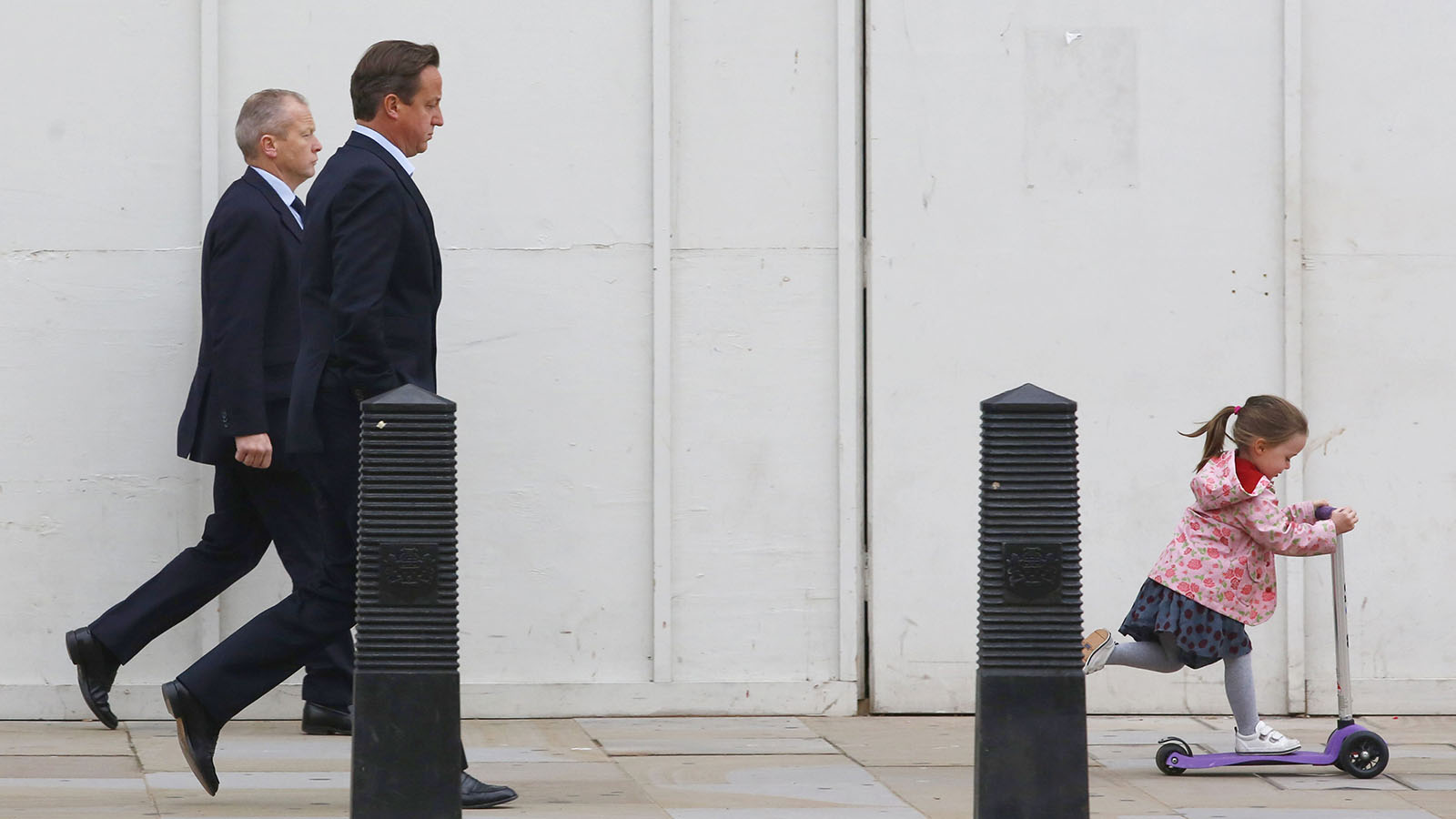 According to the old joke, if you put two Englishmen alone in a room together they will instinctively find a way to exclude a third. This tradition of social exclusion is still true of many aspects of affluent British society—the prevalence of private clubs, the baffling layers of aristocracy, the subtle verbal cues designed to distinguish class and background—but in few places is it so glaringly obvious as the education system.

Last week it emerged that two of the nation’s key Conservative politicians, Prime Minister David Cameron and Education Secretary Michael Gove, are planning to send their children to state-funded secondary school. This may not sound startling to Canadian ears (Stephen Harper has put all three of his kids through the public system and no one batted an eye) but in Britain it is news. And that’s because high-ranking Tories, who are almost exclusively privately educated themselves, have always sent their children to be educated in the tuition-based private system. Powerful Etonians have begot powerful Etonians for as far back as snobbery can remember—until now, that is.

Gove’s eldest daughter, it was announced, will attend the prestigious—if grimly named— Grey Coat Hospital School, an all-girls state school in London. Cameron’s eldest, Nancy, who is still at state junior school, is widely reported to be following suit somewhere in the state system the following year.

Given that Gove and Cameron are in the midst of a radical reformation of the British state system (one that allows for more parent-governed “free schools” as well as privately run, state-funded academies) this might seem almost mandatory. But across the political spectrum, much of the British media seemed staggered. “David Cameron is set to become the first Tory prime minister in the modern era to send his child to a state secondary school,” announced the right-leaning Daily Mail political columnist James Forsyth. “It will be a reminder of his personal commitment to public services and that he’s a different kind of Tory.” Even the lefty Guardian couldn’t hide its amazement, gasping with only the mildest sarcasm, “A country where even an Eton-educated Tory PM sends his offspring to comprehensive schools—can you imagine? Might, at long last, questions even be asked of the royals?”

All of this would seem heartening, even progressive, if it didn’t actually reveal a whole new layer of elitism and social exclusion in the education system—and that is the race to get into the best London state schools. As Spectator editor Fraser Nelson pointed out in his column last week, the state vs. private divide is a false and outdated one: “In fact, anyone lucky (and, let’s face it, rich) enough to get into a good state secondary in London has no need of going private. And this is arguably the greater scandal.”

The reason is real estate. Homes in highly rated state school districts here typically command a huge premium, and that’s on top of the already massive cost of living in London to begin with. According to Lloyds estate agents, houses near schools rated “outstanding” by Ofsted, the agency that inspects schools, can run up to 40 per cent more than those in areas with less desirable (i.e. perfectly average) schools. While this is to some extent true of many cities, Londoners characteristically manage to take the race for status to a newer, distinctly cutthroat, level. Parents have been known to move their families into temporary year-long rentals near their state school of choice just to secure a place, or feigned marital separation so one parent can “rent a room” at one of their friends’ better addresses. The sought-after state schools here have sniffed out these ruses and now do mandatory home visits.

Just as quickly as some parents gave Cameron and Gove plaudits for their choices, others stood up to point out the hypocrisy. (The state school that Cameron’s daughter Nancy attends is St. Mary Abbots, an exclusive Church of England school.) As Nelson points out, rich, well-connected children will always get into the best schools no matter where they go. “The state system gives the worst education to the poorest kids,” he writes, and as such there is “a direct link between poverty and attainment.”

The columnist Allison Pearson, writing in the Telegraph, declared, “There is no moral superiority in wangling a good education for your offspring that you don’t have to pay for.” Of the “outstanding” schools the London rich will invariably find a way to wangle their kids into, they “bear about as much resemblance to a bog-standard [state school] as Marie Antoinette’s Hameau de la Reine did to a peasant’s hovel.”

As though to prove the point, this year the high society magazine Tatler unveiled its first-ever guide to the “poshest state schools,” marking the end of an era when the rich only went in for fee-paying education. The upside of state, according to Tatler, is that “your child gets a better preparation for the real world, one where not everything is handed to them on sterling silver platter.” Plus, “when you do finally get into the cabinet, everyone will love you because you didn’t go to Eton.” Tally-ho, old bean, it’s off to bog academy.