U.S. ambassador to the United Nations Nikki Haley had a message for North Korea on Wednesday 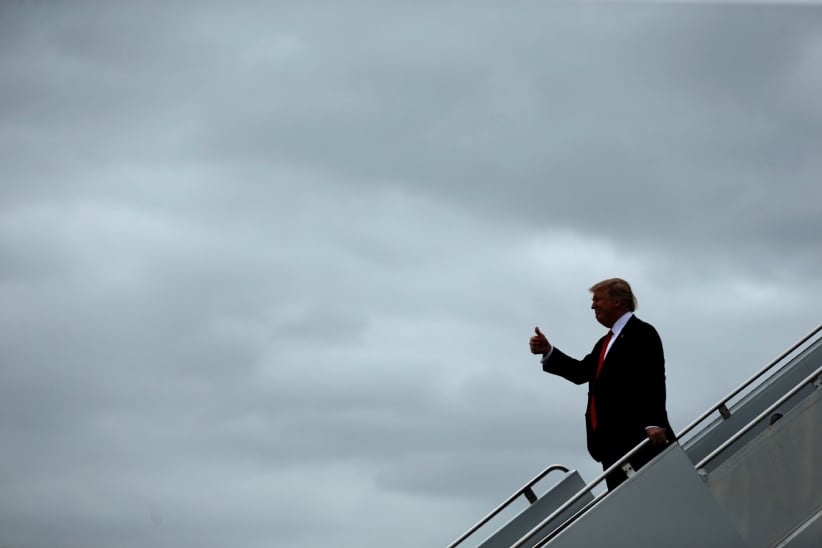 The U.S. ambassador to the United Nations had a message for North Korea on Wednesday: “We’re not trying to pick a fight so don’t try and give us one.”

“The ball is in their court,” Ambassador Nikki Haley told reporters. “They shouldn’t try and play at this point.”

Haley’s comments followed President Donald Trump’s recent statement that the U.S. wants peace — and that how much North Korean ruler Kim Jong Un also wants peace will be a deciding factor in easing tensions between the two countries.

Trump has been pressuring China, North Korea’s main benefactor, to help defuse the situation over North Korea’s development of atomic weapons and long-range missiles but he has also warned that the U.S. will settle the issue alone if other countries won’t help.

U.N. Secretary-General Antonio Guterres told reporters the United Nations fully backs efforts of all states trying to ensure “that North Korea doesn’t acquire the capacities that would become a threat, not only for the region but in a wider area of the world.”

Tensions have escalated over North Korean moves to accelerate its arms programs, including developing an intercontinental ballistic missile that could reach the United States.

The North conducted two nuclear bomb tests and 24 ballistic missile tests last year, defying six Security Council sanctions resolutions banning any testing, and it has conducted additional missile tests this year, including one on Saturday that failed. Developing a hydrogen bomb is also a declared priority of North Korea, officially the Democratic People’s Republic of Korea or DPRK.

Guterres singled out the countries “in the front line” of contacts with North Korea — the U.S., China, South Korea, Russia and Japan — and said everybody involved should “make sure that everything is done for the threat represented by the development in relation to missiles and in relation to the potential for nuclear capability not to become a threat to the international community.”

North Korea, however, withdrew from the six-party talks aimed at the denuclearization of the Korean peninsula in 2009 and has shown no interest in returning.

Haley, the current president of the U.N. Security Council, said members were working on a statement condemning the latest failed missile launch.

Diplomats said the U.S.-drafted statement would strongly condemn the launch and express the council’s “utmost concern” at North Korea’s “highly destabilizing behaviour and flagrant and provocative defiance” of council resolutions. It would also demand an immediate end to the North’s nuclear and missile tests, threaten to take “further significant measures” — U.N. code for new sanctions — and state that North Korea’s illegal activities “are greatly increasing tension in the region and beyond.”

The diplomats, who agreed to discuss the statement only on condition of anonymity because consultations have been private, said China had signed off on it. But they said Russia objected because a sentence in the draft expressing the council’s commitment “to a peaceful, diplomatic and political solution to the situation” dropped the words “through dialogue” that had been in previous statements.

Whether agreement can be reached on a statement remains to be seen.

North Korea will definitely be in the U.N. spotlight on April 28 when U.S. Secretary of State Rex Tillerson presides at a Security Council meeting where Guterres will brief members on the North’s nuclear program. The U.S. has invited foreign ministers from the 14 other council nations and many are expected to attend.

A concept paper circulated to council members ahead of the meeting states that North Korea’s “pursuit of weapons of mass destruction represents one of the gravest threats to international peace and security the Security Council faces.”

The paper, obtained by The Associated Press, says the North’s latest actions “make clear that further international pressure is required for the DPRK to change its behaviour if there is to be any hope for meaningful denuclearization talks to resume.”

It says the meeting will give council members an opportunity to discuss ways to maximize the impact of existing U.N. sanctions “and show their resolve to respond to further provocations with significant new measures.” Council members can also “recommit to implementing all existing and future sanctions to maximize pressure on the DPRK to return to meaningful negotiations on denuclearization,” the paper says.