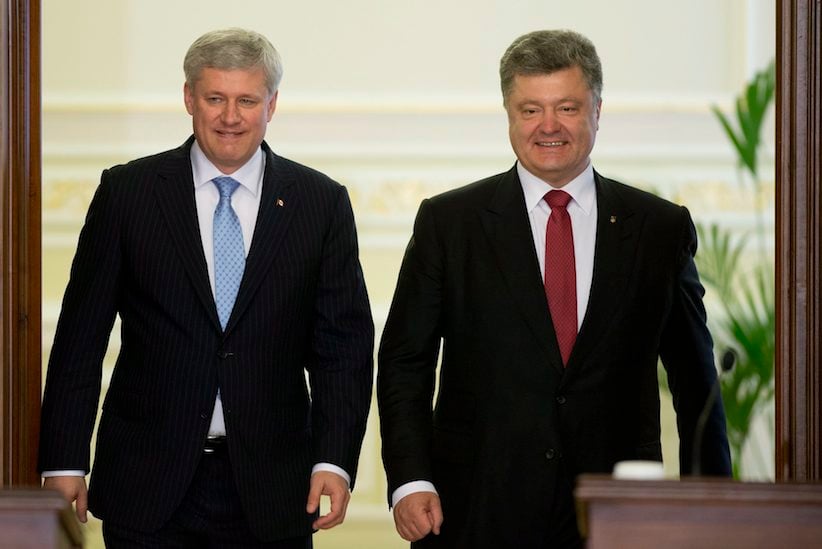 KYIV, Ukraine – “The Littlest Hobo,” “Anne of Green Gables,” maybe even “Flashpoint” could find a new lease on life in Ukraine as the country’s broadcasting council scrambles to fill TV screens with something other than Russian programming, says a senior Ukrainian official.

To counter — both real and perceived — propaganda throughout the war-torn country, President Petro Poroshenko’s government pulled the plug on the Russian signals, leaving a dramatic hole in entertainment and information schedules, said Iurii Artemenko.

The country needs both hardware to improve its own radio and television signals and replacement programming.

Related: 10 things The Littlest Hobo did that a real dog can’t

“We try to find something,” Artemenko said in an interview with The Canadian Press. He recently returned from a trip to South Korea, where he was pleading for content.

“We need high-quality content, shows, dramas, movies, cultural programs,” he said at the same time as expressing his fondness for Quebec cinema.

Artemenko says Canadian programs — dramas and comedies — would be a welcome and an important uplift for an anxious population.

In terms of equipment, Ukraine “doesn’t need money, but tuners and transmitters” to increase coverage in border regions.

The Russians, he said, use television very effectively to incite unrest in the East, claiming that actors are interviewed for news programs and fabricate stories of Ukrainian atrocities.

Information is still freely available on the Internet, Artemenko says there’s been no attempt to block or censor online feeds — something the former journalist says he would oppose.

“I am journalist, my first profession, and I respect journalism, but I can give you lots of examples of Russian propaganda,” he said.

TV is the main weapon in the information war here and its influence is most profoundly felt among adults and the elderly, rather than young people.

Among the first targets of Russian special forces in the takeover of Crimea were the television stations and broadcast outlets, which have now blocked all forms of Ukrainian programming.

Youth get their information online, but Artemenko says despite having a variety of sources they sometimes are not very savvy about cross-referencing information and sorting fact from fiction.

He said he met recently with officials from Facebook, who’ve been inundated with requests — all of them apparently from Internet trolls in Moscow — to either discredit or take down pro-Ukrainian posts.

“My (request) to Facebook was: Please put a new process in place for those who are responsible for Facebook content in Ukraine because these people think like Ukrainians and know details of what is happening,” he said.

Fact-checking Facebook disputes may seem banal, but there is a sinister taint which can morph into violence, especially in this age of online radicalization.

Ukraine’s state secret service has one wing devoted to intercepting online traffic and the head of the section, Vitaliy Naida, was quoted in a recent magazine article saying photos of atrocities in Syria — and some from as far back as the war in the Balkans 20 years ago — are being re-captioned and passed off as war crimes in the embattled eastern separatist regions.

Last spring, four people were killed in a bombing in Kharkiv, the country’s second-largest city, in what Ukrainian officials say was a three-man cell of “partisans.”

There have been other bombings targeting pro-government political groups in Odessa.

Officials at the Ukrainian Interior Ministry, who would only agree to speak on background because they were not authorized to talk to the media, were more circumspect and said the threat posed by online radicalization is not the same as what the West faces with the Islamic State in Iraq and the Levant.

Religion and ideology don’t figure as prominently, especially in the breakaway regions of Lugansk and Donetsk, said one official.

Much of eastern and southern Ukraine is a post-industrial, rustbelt economy where there is high employment and a lot of dissatisfaction.

“In our experience you can find two groups of youth fighting against Ukraine; those with unstable families, either social problems — or poverty and uninformed kids who are seeking adventure and the $200 or $300 (per day) they’re being paid to fight, said the official.