Secretary-General Ban Ki-moon says without money, he feared children in need would suffer 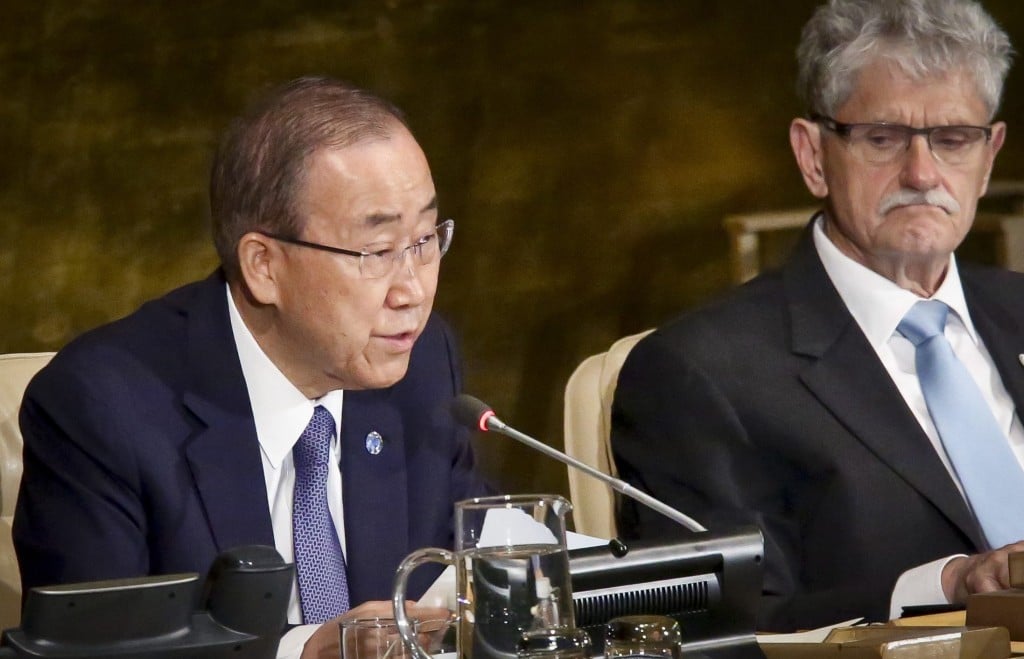 Secretary-General Ban Ki-moon said Thursday he temporarily removed the Saudi-led coalition in Yemen from a U.N. blacklist for violating child rights because its supporters threatened to stop funding many U.N. programs.

Ban said he had to consider “the very real prospect” that millions of other children in the Palestinian territories, South Sudan, Syria, Yemen and many other places “would suffer grievously” if U.N. programs were defunded.

“This was one of the most painful and difficult decisions I have had to make,” he said.

U.N. secretary-generals are always subject to pressure from the 193 member nations. But in a rare rebuke, Ban said in this case some unnamed countries had gone too far, declaring “it is unacceptable for member states to exert undue pressure.”

The secretary-general was responding to what he called the “fierce reaction” to his decision, which was denounced by human rights groups. They accused the U.N. chief of caving in to Saudi Arabia and said the U.S.-backed coalition belongs on the list for its attacks on children, schools and hospitals.

Ban said he stands by his annual report on children and armed conflict, which “describes horrors no child should have to face.”

The report said the U.N. verified a total of 1,953 youngsters killed and injured in Yemen in 2015 – a six-fold increase compared with 2014 – and it attributed about 60 per cent of those casualties to the coalition. The U.N. said it also verified 101 attacks on schools and hospitals last year, double the number in 2014, of which 48 per cent were attributed to the coalition.

Ban said he decided “to temporarily remove” the Saudi-led coalition countries from the blacklist of governments and armed groups violating children’s rights pending a joint review of cases with the Saudis.

“We will assess the complaints that have been made, but the content will not change,” he said.

Ban did not say explicitly that the coalition could go back on the list after the review.

But the secretary-general did say that in response to concerns from Saudi Arabia and other governments the U.N. is considering if there is a better way to distinguish countries from “terrorist and extremist groups” who are now listed together on the blacklist.

Saudi Arabia’s U.N. Ambassador Abdallah Al-Mouallimi told reporters shortly afterward that “It is our firm belief that this de-listing is final, irreversible and unconditional, and when all the facts are in that will be further reconfirmed.”

He denied that Saudi Arabia used “threats or intimidation” in its contacts with the secretary-general saying “it is not in our nature to conduct ourselves in any such aggressive style.” Al-Mouallimi said the government pointed out that the Saudis were not contacted about the report’s conclusions as required, and therefore only one side was reflected, which made its findings “wrong.”

“We did say such listing and such unfair treatment of Saudi Arabia and the coalition forces would obviously have an impact on relations with the United Nations,” Al-Mouallimi said.

But he denied talking about defunding the U.N. agency for Palestinian refugees “or anything else for that matter.”

Al-Mouallimi said he wouldn’t be surprised if “tens of countries” told the secretary-general that his listing of the coalition was unacceptable, citing statements from the Organization of Islamic Cooperation, the Arab League and the Gulf Cooperation Council criticizing the report.

U.N. spokesman Stephane Dujarric said later that “both the Yemenis and the Saudi’s were consulted in early March on the content of the report.”

U.S. State Department spokesman Mark Toner, speaking to reporters in Washington, said the United States agrees with the secretary-general “that the U.N. should be permitted to carry out its mandate, carry out its responsibilities, without fear of money being cut off.”

He acknowledged that the U.S. in the past has withheld and threatened to keep funds from the U.N., explaining that the administration believes that on issues such as protecting children the U.N. should be able “to report objectively … without fear of reprisal.”