UN humanitarian chief 'horrified' by attacks on civilians in Syria

Stephen O'Brien: 'I am horrified by the total disrespect for civilian life in this conflict' 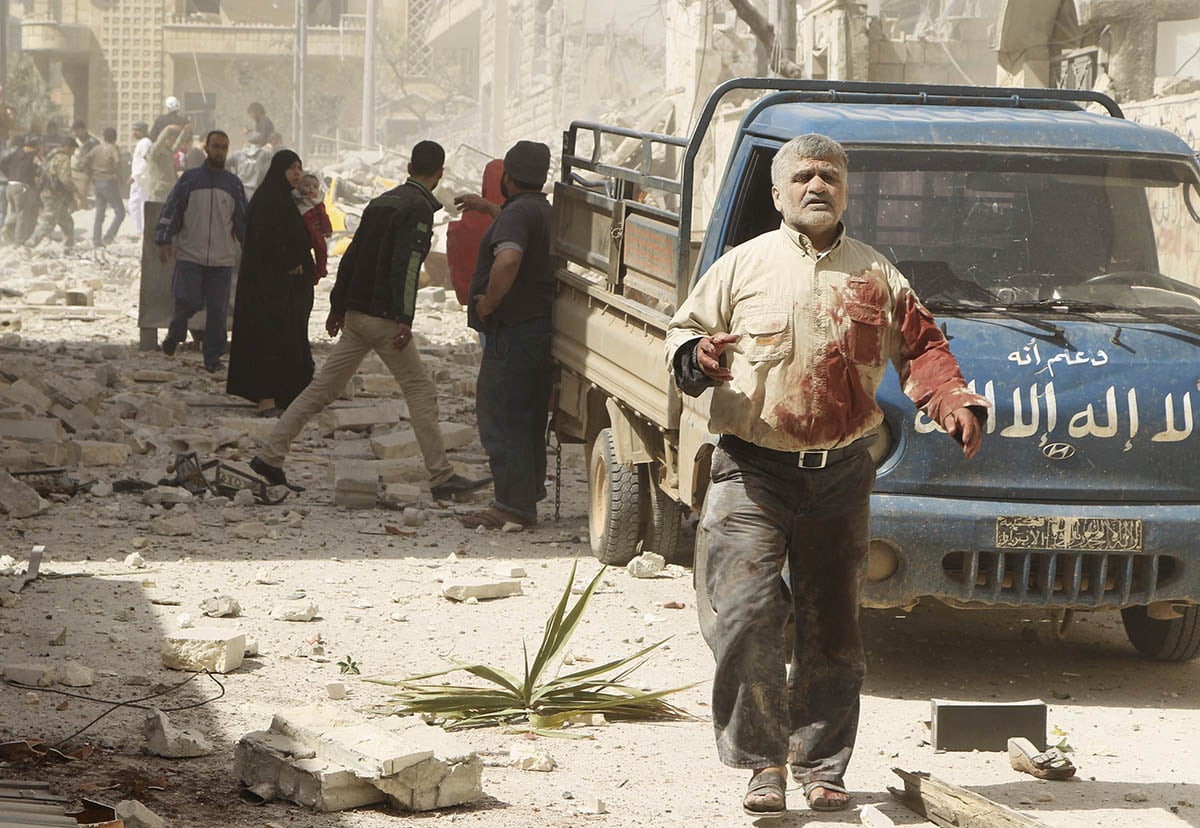 An injured man walks amid debris as residents reacts at a site hit by what activists said were barrel bombs dropped by forces of Syria’s President Bashar al-Assad, at al-Thawra neighborhood in Idlib city April 20, 2015. (Ammar Abdullah/Reuters)

DAMASCUS, Syria — The United Nations humanitarian chief said Monday he is “horrified” by the attacks on civilians that are taking place in Syria, warning that the protracted conflict not only “severely affects” the lives of millions of people in the country but also threatens the stability of the entire region.

Stephen O’Brien told reporters that “attacks on civilians are unlawful, unacceptable and must stop.” O’Brien spoke in Damascus on Monday at the end of a three-day visit to Syria, during which he met senior officials and visited the central province of Homs.

His comments came a day after government air raids killed at least 96 people in the Damascus suburb of Douma, making it one of the deadliest single incidents since the country’s crisis began in March 2011.

“I am particularly appalled by reports of airstrikes yesterday, causing scores of civilian deaths and hundreds injured, right in the centre of Douma,” O’Brien said. “I am horrified by the total disrespect for civilian life in this conflict.”

“I appeal to each and every party to this protracted conflict to protect civilians and respect international humanitarian law,” he said.

He noted that the U.N. and other partners are providing assistance to millions of Syrians in need, including by crossing conflict lines and international borders. However, O’Brien said, “I remain extremely concerned for the welfares of the 4.6 million people stuck in hard-to-reach and besieged areas.”

O’Brien also lambasted armed groups for cutting off water in Damascus, saying: “It is unacceptable for those engaged in conflict to use access to water and other services as a weapon of war.”

Syria’s conflict has killed more than 250,000 people and wounded at least a million.