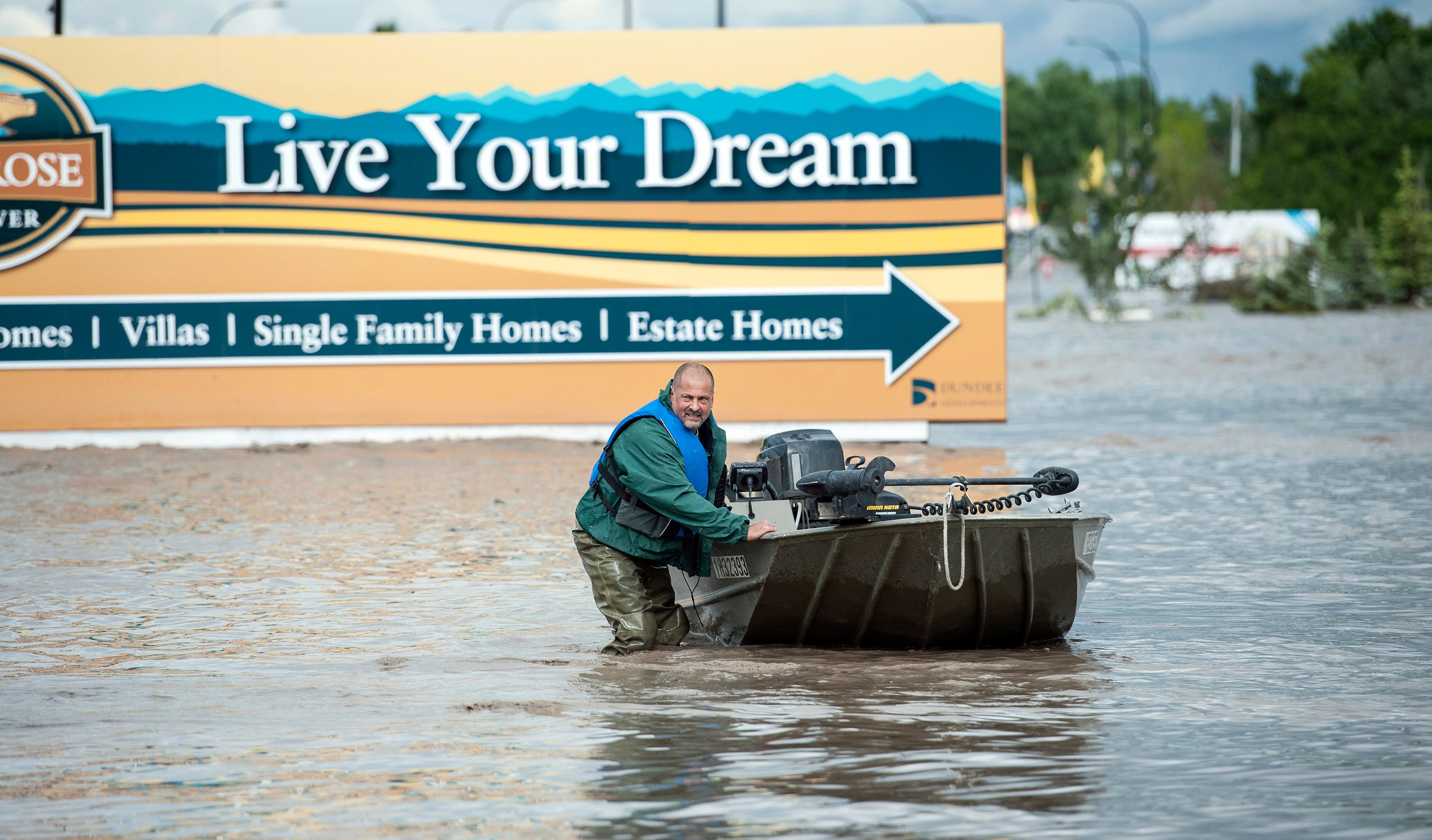 Siberian wildfires so intense they melted the permafrost beneath them. Flooding in Alberta that paralyzed a major city. Toxic algae blooms in Lake Winnipeg that have grown 1,000 per cent since 1990.

They’re all linked, say the authors of a new United Nations-sponsored book entitled Water, Energy and the Arab Awakening, being released Monday. In it, 16 authors — including former prime minister Jean Chretien — argue that the world can no longer afford to ignore the effects of climate change on rainfall patterns and their consequences for human security.

“There’s a nexus between water security, food security and energy security,” said editor Zafar Adeel. “We’re beyond the point where you can deal with these three areas as separate silos.”

Just look at what happened in 2013, said Robert Sandford, one of Canada’s leading water scientists and one of the contributing authors.

In June, flooding submerged downtown Calgary. Two weeks later, Toronto was hit with more rain in two hours than it usually sees in a month.

Meanwhile, the Global Nature Fund declared Lake Winnipeg the “Threatened Lake of 2013” as longer, heavier rains have been flushing so much runoff into it that efforts to reduce the resulting amount of fertilizers and animal waste aren’t keeping up.

And in northern Siberia, an outbreak of hundreds of wildfires was followed by rainfall so intense it flooded more than a million square kilometres.

“Many of our recent floods were similar in a number of ways,” wrote Sandford.

Storms seem to get stuck in place instead of moving along. Their internal dynamics look more like tropical storms than those from temperate regions.

Recent research suggests declining Arctic sea ice may be behind those effects. Although that theory remains controversial, Sandford said some sort of thread runs between a warmer Arctic, a weaker jet stream and extreme weather events.

Those effects are compounded by so-called atmospheric rivers, the great, high-altitude air currents that carry moisture around the globe such as the Pineapple Express that dampens North America’s west coast. As the atmosphere gets warmer, those rivers can carry more water — seven per cent more for every degree Celsius.

It was the collision of three such rivers that led to the flooding in Russia.

The changes are happening across the entire northern hemisphere, said Adeel.

The book proposes that a 180-kilometre pipeline bringing water from the Red Sea to the Dead Sea would improve the region’s environmental, energy and peace prospects.

“Canadians may not think this matters,” said Sandford. “It should matter to Canadians that our hydrology’s changing, but we should also be really concerned that the hydrology of the entire northern hemisphere that we know is changing.