U.S. District Judge Carl Barbier ruled that 3.19 million barrels were discharged into the Gulf—in between the numbers argued by BP and the government 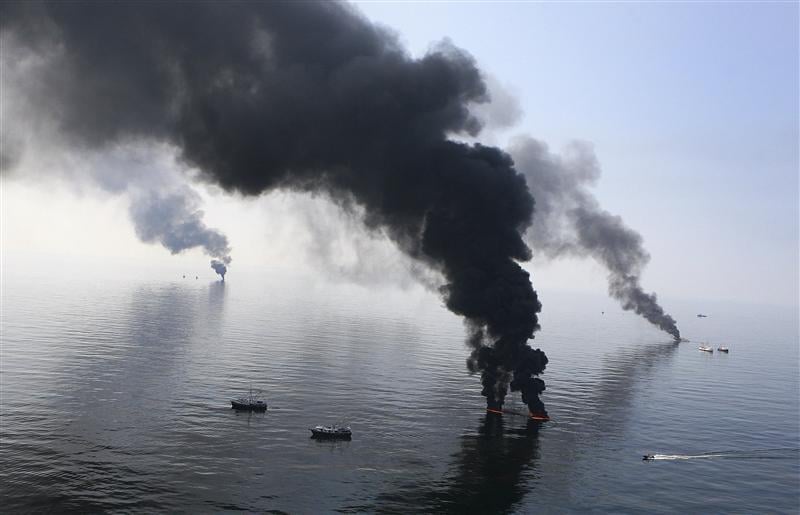 Smoke billows from a controlled burn of spilled oil off the Louisiana coast in the Gulf of Mexico coast line, June 13, 2010. (Sean Gardner/Reuters)

NEW ORLEANS — A federal judge determined Thursday that more oil spilled into the Gulf of Mexico following a rig explosion in 2010 than BP estimated, a decision that could potentially cost the London-based oil giant more than $13 billion in one of America’s worst environmental disasters.

U.S. District Judge Carl Barbier ruled that 3.19 million barrels were discharged into the Gulf after a rig explosion at BP’s Macondo well. The number is more than the 2.4 million barrel figure BP had argued for and less than the government’s estimate of about 4.2 million. The government figure could have meant $18 billion in maximum penalties under the Clean Water Act.

Penalties are to be determined in a trial set to open Tuesday. In pre-trial briefs, the government has argued that the oil giant should pay as much as $4,300 per barrel spilled.

The discharge figure Barbier settled on Thursday means maximum penalties could reach about $13.7 billion — but he has not yet decided how much per barrel BP must pay. BP has argued that the penalties should be lower than what the government is asking for, but has not offered a specific figure.

Barbier’s finding came more than a year after a trial during which the judge found that BP acted with “gross negligence” in the 2010 explosion of the Deepwater Horizon offshore rig. BP is appealing.

“Both sides presented evidence to support their cumulative flow estimates, and each mounted effective attacks on the other’s calculations,” Barbier wrote. “There is no way to know with precision how much oil discharged into the Gulf of Mexico.”