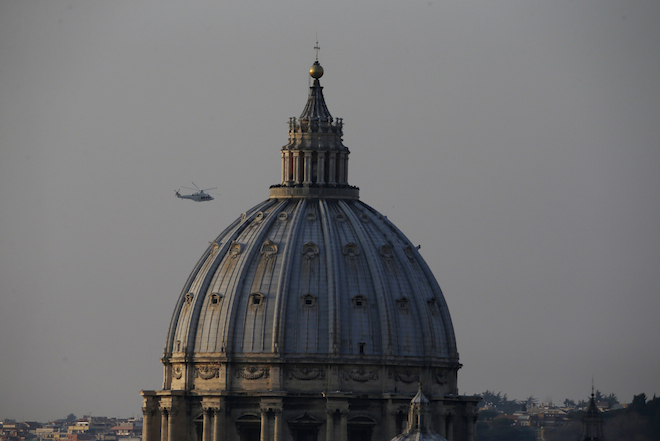 VATICAN CITY — A Vatican judge on Monday granted more time for the defence to prepare for a trial over the leak of confidential documents that has put a Spanish monsignor, a pair of Italian journalists and two others in the dock.

The documents detailed alleged greed, wasteful spending and poor management inside the Vatican.

The details of the leaked documents were published earlier this month in fast-selling books by the journalists who also exposed power struggles over Pope Francis’ efforts to reform finances and bureaucracy and to eradicate careerism and intrigue at the world headquarters of the Roman Catholic church.

After barely 15 minutes, Judge Giuseppe Della Torre adjourned Monday’s session to Dec. 7 to allow more time to prepare the defence of Francesca Chaouqui, a PR specialist who had served on a panel advising Francis about economic reform and who has boasted of close ties with top prelates. The delay was granted because she engaged a different lawyer late last week.

“I don’t understand anything. There is not one bit of evidence against me,” Chaouqui told a small pool of reporters allowed to attend the trial. “We have to discover in these five days why I am here” as a defendant. The judge said Chaouqui’s lawyer would have five days to formally lodge any observations or potential objections after studying the case.

While denouncing the leaks, Francis has also decried corruption within the Vatican, most recently in a speech during his African pilgrimage. He has voiced disgust for unbridled personal ambitions within the Curia, the Vatican’s bureaucracy.

One of the defendants, Monsignor Lucio Vallejo Balda, who headed an economic reforms panel advising the pontiff, is under arrest in Vatican City.

The priest, his assistant Nicola Maio and Chaouqui are all charged with conspiring to divulge confidential documents.

Gianluigi Nuzzi and Emiliano Fittipaldi, whose books depicted loose financial oversight of Vatican contracts, greedy prelates and other conduct unbecoming of senior churchmen, are on trial for allegedly exerting pressure to procure and publish confidential material.

During an investigative crime show he conducts on Italian TV, Nuzzi made public a series of Whatsapp messages between himself and co-defendant, Vallejo Balda, with the priest insisting he acted with “honesty” in his role and that there was “open war” to control the workings of the Vatican bureaucracy.

Chaouqui has claimed she is a scapegoat. Maio hasn’t publicly commented.

FILED UNDER: press freedom The Vatican