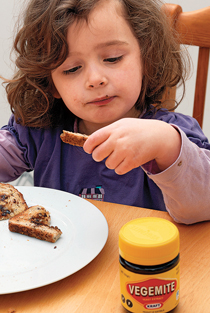 Australia is known for its unique local cuisine, featuring kangaroo meat, Anzac biscuits, as well as the rather singular Vegemite. For decades, Aussie moms have been slapping the sticky, black spread on toast. But sales are slumping because kids are turning their noses up at the stuff. Made from yeast extract, a by-product of beer, Vegemite is an acquired taste, a far cry from the appetizing flavour of spreads like peanut butter and Nutella.

Kraft Foods, which owns the Vegemite brand, tried tweaking the recipe last year, hoping to attract a new generation of Aussies. But the less salty, less pungent, slightly sweeter version of the original was quickly yanked from store shelves; it just wouldn’t sell. Now, Kraft is reaching out to the more than 1.5 million Aussie expats who may be craving a Vegemite fix; the company is monitoring Facebook, Twitter and other online forums to identify where it might ship the product next.

“The taste can be strong,” John Keating, owner of Toronto’s Australian Shop, says with a laugh. “But on the right bread or cheese it’s quite delicious.” Barack Obama, however, like young Aussies, remains unconvinced. “It’s horrible,” the U.S. President said last year.