Postponement is just the latest in long-running trial 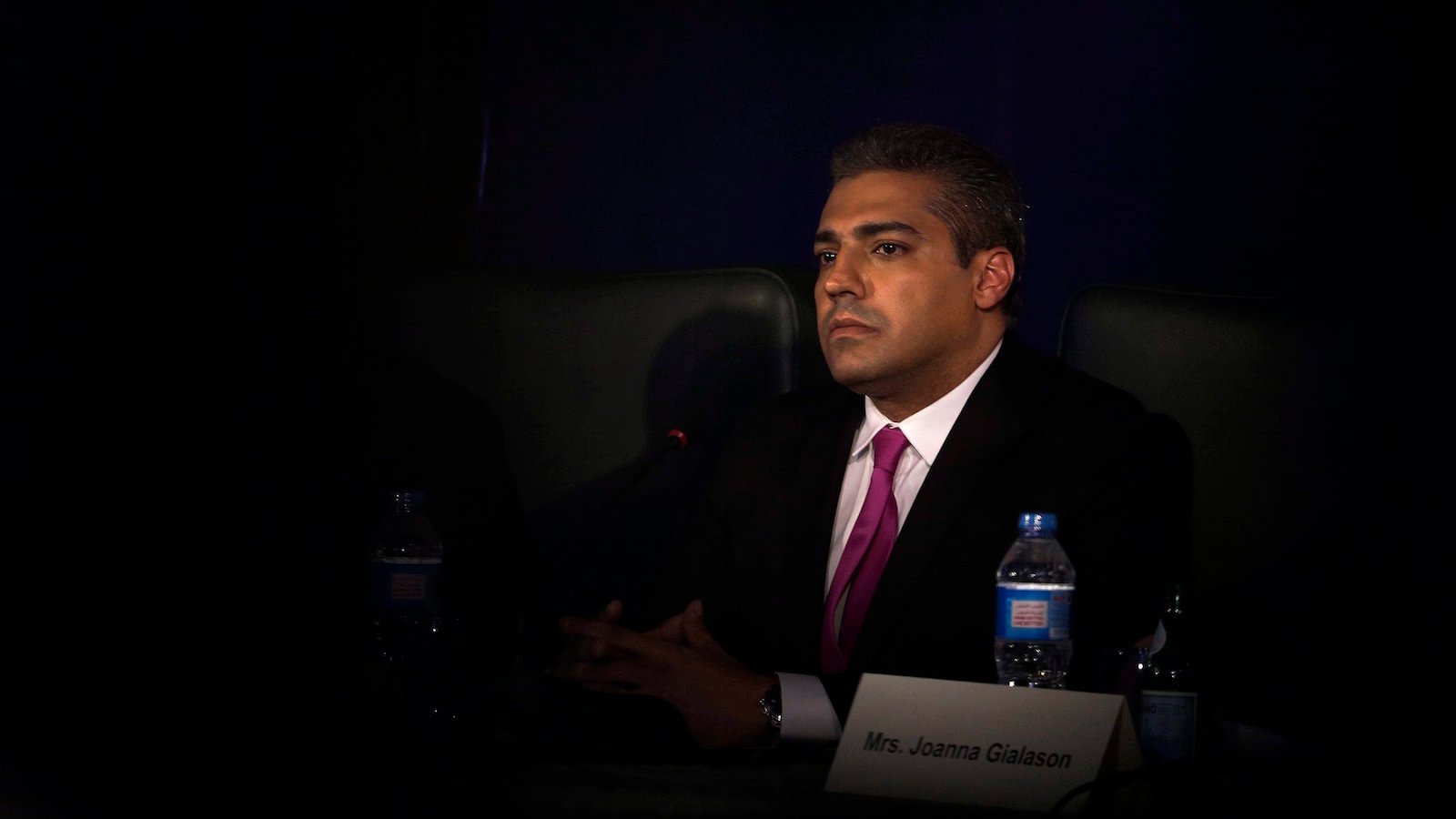 Al-Jazeera English’s former acting bureau chief, Canadian-Egyptian journalist Mohammed Fahmy, speaks during a press conference in Cairo, Egypt, Monday, May 11, 2015. Fahmy who is facing terrorism-related charges in Egypt said he has filed a lawsuit against the Al-Jazeera network in Canada and accused the Qatari network of endangering him and his colleagues. Fahmy is being tried along with Egyptian producer Baher Mohammed on charges accusing them of being part of a terrorist group and airing falsified footage. (AP Photo/Hassan Ammar)

CAIRO — An Egyptian court has postponed announcing the verdict in the case of Canadian Mohamed Fahmy and two other Al-Jazeera English journalists to Aug. 29.

This is the latest postponement to affect the long-running trial, criticized worldwide by press freedom advocates and human rights activists.

Fahmy, Australian journalist Peter Greste and Egyptian producer Baher Mohammed were detained in December 2013 while working for the Doha-based network.

The three first were sentenced to prison before Egypt’s highest court ordered a retrial on charges of them allegedly being part of the Muslim Brotherhood, which authorities have declared a terrorist organization, and airing falsified footage intended to damage national security.

Egypt deported Greste in February—Fahmy and Mohammed later were released on bail.