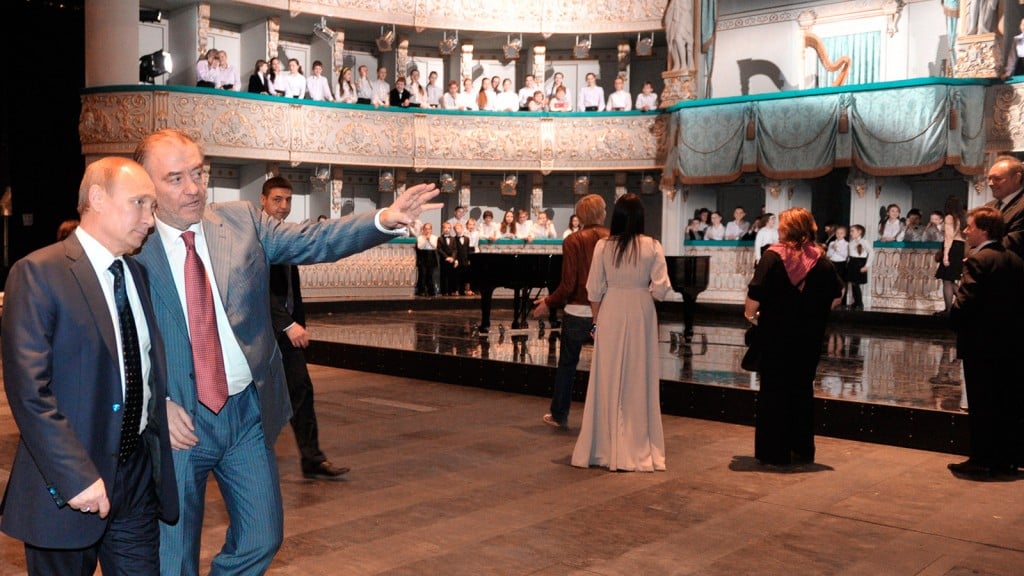 Over the last few years, the West has heard a lot of stories about Russian musicians who oppose Vladimir Putin, mostly Pussy Riot. But the Russian president has his fans in the music community too, and nowhere does he have more support than among his country’s classical establishment. Soon after Putin’s incursion into Ukraine, a number of top musicians, including Mariinsky Theatre conductor Valery Gergiev and International Tchaikovsky Competition-winning pianist Denis Matsuev, signed a letter saying that Russia and Crimea are united by “the commonality of our people and cultures,” and that they “strongly support the position of the president of the Russian Federation on Ukraine and the Crimea.” It turns out that music isn’t inherently anti-authority after all—especially classical music.

Some musicians may simply go along with Putin because he controls government funding and sponsorship. “I know Russian musicians who privately share concerns about Putin’s authoritarianism and adventurism,” says music critic Norman Lebrecht, “but most fear to go public if they want to play in Russia.” Some music stars, however, including several of the signatories to the letter, may simply have a good relationship with the Kremlin. “Gergiev has known Putin since the latter was deputy mayor of St. Petersburg in 1992; he helped the Mariinsky through financial crises,” Lebrecht says. Today, Gergiev and other musical stars “have a vested interest in upholding the regime and a genuine enthusiasm for what they see as a restoration of Russian pride after quarter of a century of decline.”

But the international condemnation of Putin has started to affect the reputations of musicians thought to support him. In March, Gays Without Borders organized a protest against a U.S. tour by the St. Petersburg Philharmonic and its long-time conductor, Yuri Temirkanov, claiming that the conductor was a trustee for Putin’s 2012 re-election campaign. An audience member shouted “Yuri, you’re a sexist Putinist! Tell Putin to free Pussy Riot now!” And star violist Yuri Bashmet, who two years ago was made an honorary professor at the National Academy of Music in Lviv, was stripped of that title after he endorsed Putin’s actions in Crimea.

Gergiev, who has the biggest international career of any Russian musician (including regular engagements at the Metropolitan Opera and the London Symphony Orchestra) is about to take over as chief conductor of the Munich Philharmonic. But the Abendzeitung-München newspaper criticized the appointment in light of his position as a cultural ambassador for the Putin regime, and hinted that the orchestra might re-evaluate the situation. The online magazine Limelight also noted that Munich “has a sizable Ukrainian population” that might not be overjoyed to see Gergiev in a prominent position.

Some of these Putin-friendly musicians may not understand what they’re doing wrong in the eyes of the world. Matsuev posted on Facebook that he was “deeply hurt and offended” by criticism, assuring his fans that “Russia has only peaceful and friendly intentions toward Ukraine.” But it could be that, as the Abendzeitung-München wrote of Gergiev, “Putin’s policies will overshadow any of his performances until further notice.” In music, even performances of old music by dead composers, politics doesn’t stop at the door of the concert hall.