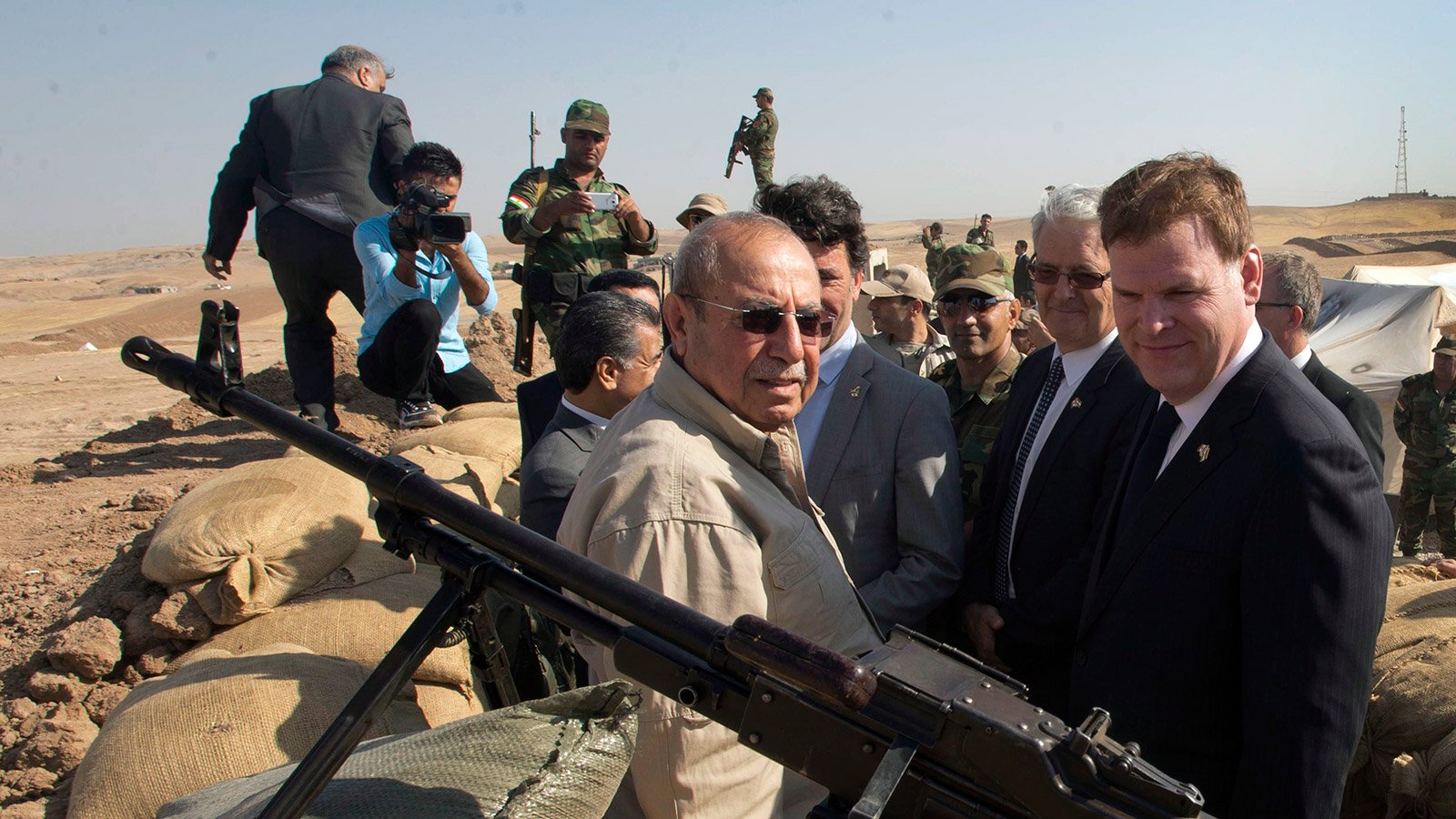 The debate over Canadian participation in strikes against Islamic State highlights how difficult it has become to talk about warfare in the 21st century. The Conservative government’s commitment to the U.S.-led alliance against Islamic State is modest: six CF-18 fighters, a few refuelling and surveillance planes, and 69 army advisers on the ground in non-combat roles. The Prime Minister explicitly ruled out participation in ground combat.

In response, the leaders of the opposition parties warned of a “quagmire.” Thomas Mulcair complained that a “Western-led invasion” of Iraq and Syria was imminent; Justin Trudeau said that “the Prime Minister and the government have given us no reason to believe that once in combat they will be able to limit our role.” Apparently there is some discernible chance that those CF-18s will all be brought down by Islamic State, the cunning devils, and that they will end up being like the fly swallowed by the little old lady in the nursery rhyme.

It seems to me the PM would have an easier time pitching the fight against Islamic State if he could call it what it really is: a police action. Politicians abused that term as a legalistic euphemism in the previous century, and now it cannot credibly be used to describe a military intervention. War is war is war. And war really does have a tendency to behave that way—to turn nations into that little old lady who unexpectedly finds herself having to scarf down an entire horse.

But a little policing by the world hegemon and its allies is recognizably just what is needed here. Islamic State calls itself a “state,” but it is really a gang attempting to become a state, a gang that has developed vast, nihilist ambitions.

Thomas Mulcair babbled in the House of Commons about how Islamic State is really just the same buncha jerks that Americans and their Iraqi client government have been jostling with for a decade. He is right, in the narrow sense that some of the people are the same. But he appears not to have noticed that these particular jerks have captured an astonishing amount of advanced military hardware, obtained a monopoly of force within thousands of square miles of territory, and recruited dozens of Canadians and hundreds of Westerners, some of them not even Muslim.

They have accomplished most of this by means of sheer bravado and imagemaking, and it is easy to imagine the regret this moment might inspire later, if it is missed. The Canadian opposition’s argument is that if we cannot in some sense subject Islamic State to total defeat or annihilation, we should not be putting lives at risk at all—even if the lives are few and the risk quite small. There is an unfortunate pro-war/anti-war binariness to all this, particularly since Canada is not proposing to go to war against another state, but is assisting allies in suppressing glorified banditry. Activity like this has become hard for us to comprehend, even though it is the stuff of our own imperialist history.

It would be nice if we could reduce every Islamic State member to smithereens. If you have a plan for that, the Joint Chiefs are surely all ears. But slowing down Islamic State’s initial impetus is worthwhile. Denying it the unrestricted freedom of movement in the open is worthwhile. Demonstrating to Islamic State’s recruiting base that it is not invincible, that it does not necessarily have the mandate of heaven, is worthwhile. Just getting some gun-camera footage of a few Islamic State teenyboppers getting sawn in half by a Gatling gun would, frankly, help serve this end.

The NDP’s Paul Dewar assures us that Kurdish peshmergas and Yazidi targets of genocide have no interest in any of this, no sir; they would prefer air drops of food and medicine while they are waiting to be butchered, or perhaps afterward. Like the Conservatives, I find myself skeptical.

I suspect, indeed, that a major unstated goal of striking at Islamic State is to deny it some of the abandoned heavy weaponry it took from the frightened Iraqi army. Islamic State can replace dead men easily enough, but it will have a lot more trouble obtaining M-46 field guns and T-55 tanks if some of these can be destroyed in allied air strikes. Once Islamic State is reduced to creating its caliphate with only the usual stuff of Third World warfare—Toyota trucks, AK-47 knockoffs, and cheapo RPGs—a lot of its video-game glamour, and hence its ability to recruit and act internationally, will disappear.