Video: Michael Friscolanti on an inspiring group of Canadians who banded together to sponsor a mother and her three children 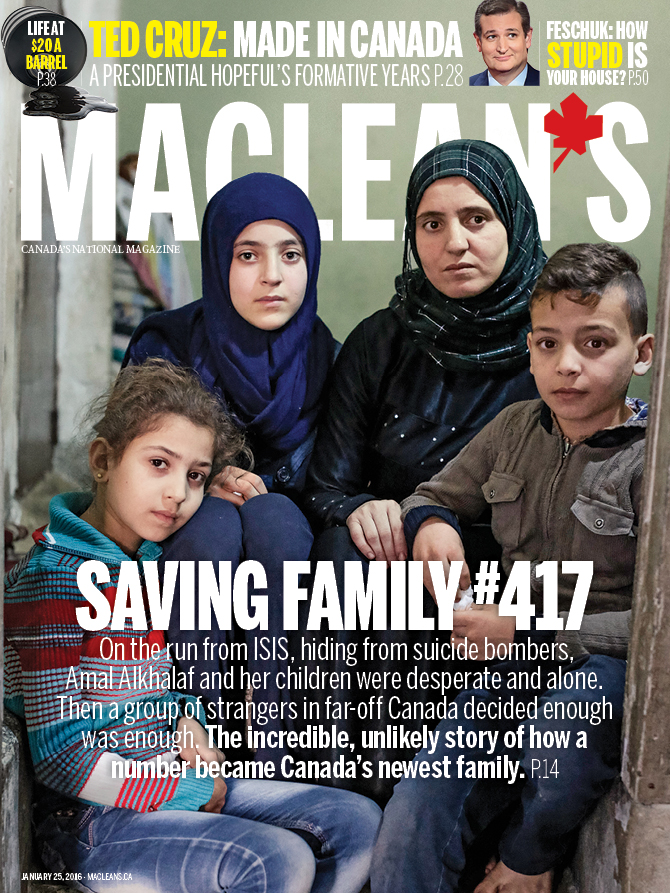 A single, sickening photograph—a tiny Syrian boy, dead on a beach—brought out the very best in Canadians. In a matter of days, thousands of private citizens came together to form hundreds of sponsorship groups, each one determined to save the next Syrian refugee from a similar fate.

This week I chronicle the inspiring journey of one of those sponsorship groups: 14 ordinary Canadians who felt compelled to do something extraordinary—including a Canadian Forces veteran who served in Afghanistan, and a Vietnamese boat person anxious to pay forward the generosity that rescued her own family of refugees decades ago.

Based in Peterborough, Ont. (where the local MP was herself a refugee), the sponsorship group was matched with a family in desperate need: a single mother with three children, living somewhere in Lebanon. For weeks, however, the sponsors knew little else. They didn’t know exactly where the family lived, and they had no way of contacting them. All they knew was the mother’s name: Amal Alkhalaf.

I traveled to Lebanon to try to track her down—and when I did find her, living in a crammed, decrepit apartment in Beirut’s notorious southern suburbs, she had no idea her sponsors even existed. She had certainly never heard of a place called Peterborough.

“I want to thank them one and two and three and four and five times, as much as I can,” Alkhalaf told me, holding a hand over her heart. “They are going to take me out of this swamp and I will see the world again.”