‘We are awake': Democracy lives in Turkey

There are dangerous times ahead, but the country’s liberals, Kurds and secularists are breathing a sigh of relief after the election 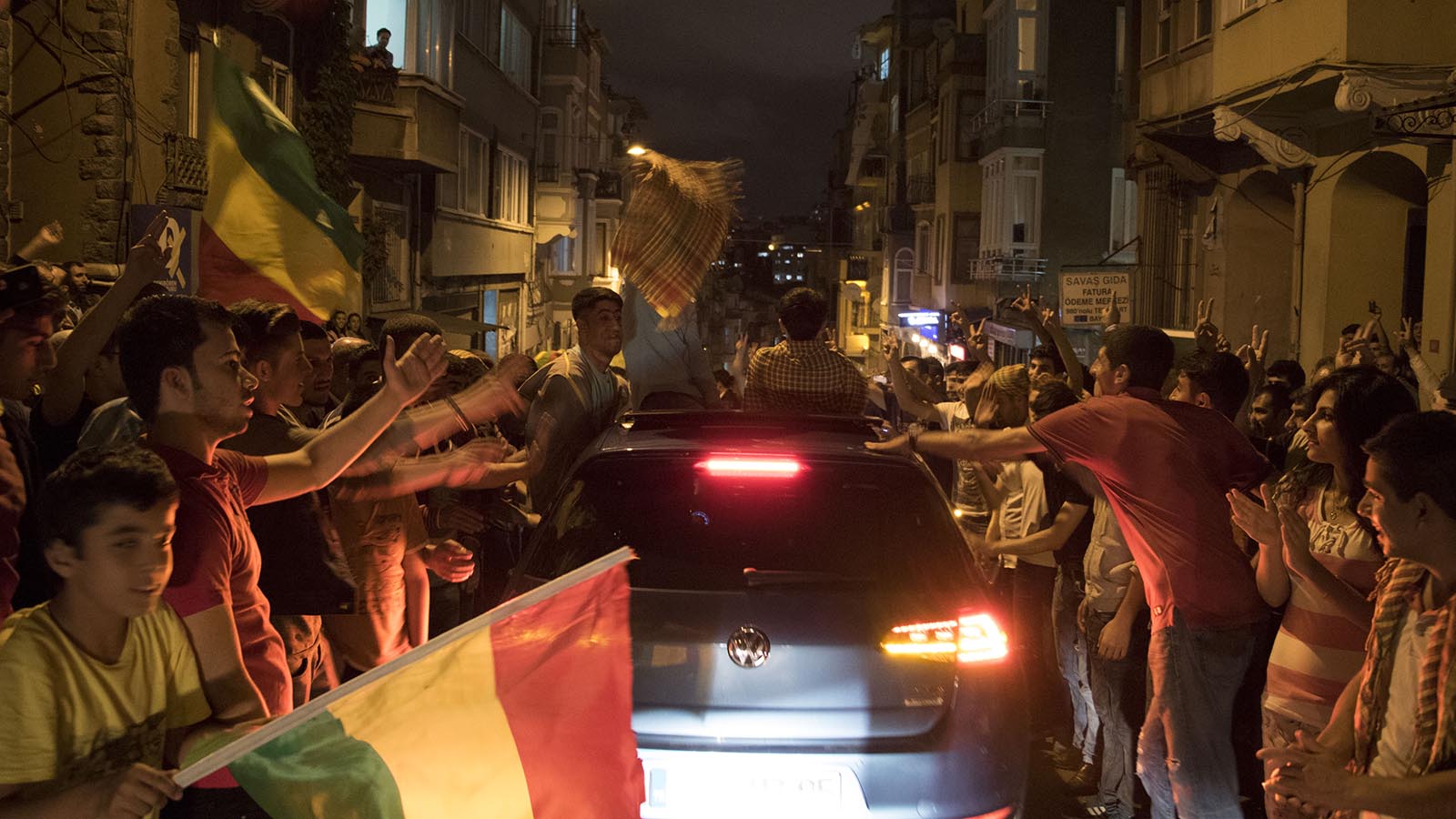 It was a moment of triumph at the Kurdish-owned Kirmizi Tazi bar in Istanbul’s historic Beyoğlu district. Results from Turkey’s general elections were in, broadcast on a big-screen TV, and the Kurds, for the first time in their history, would have a party —the Democratic Peoples’ Party, or HDP—to represent them in parliament. “It’s impossible to describe what I’m feeling right now,” Sezen Bayraktar, the bar’s owner, said, bouncing lightly between patrons, mostly friends. “Technically, we’re not even supposed to be open right now, because of a ban on alcohol during election day. But I decided to break that rule.”

Indeed, a host of rules that underpin the standard view of Turkey were broken on June 7: For the ruling Justice and Development Party, known by its Turkish acronym, AKP, it was the worst possible outcome, a loss of power that took it from more than a decade of single-party rule to minority status. For Recep Tayyip Erdogan, the former prime minister turned authoritarian president, the loss was an indictment of his increasingly erratic rule and a thunderous rejection of his mission to remake Turkish democracy. And, perhaps most important, for Turkish democracy, it was a validation of a system more vibrant and free than anyone could have imagined.

The AKP remains Turkey’s most popular party with slightly more than 40 per cent of the popular vote, but has seen its support slip steadily over the past four years. The Republican People’s Party, or CHP, mustered its usual 25 per cent, while the nationalist MHP regained its losses from the 2011 election to return to its historic 17 per cent popularity.

The 13 per cent of the vote garnered by the HDP may not seem like much, but, in Turkey’s electoral system, it was game-changing. If not for the party passing the 10 per cent threshold in Turkish politics—the percentage of popular support required for a party to have parliamentary representation—the AKP would likely have won the seats it needed to rewrite the constitution and transform Turkey’s democracy into a presidential system, thus ensuring Erdogan’s political dominance.

This is how close Turkey came to a Russian-style dictatorship. Instead, a different kind of transformation has taken place.

“We are awake,” says Melis Ardic, a 26-year-old textile worker who volunteered with Oy ve Ötesi, an election-monitoring organization. “I was never politically involved. But, day by day, we’ve seen things changing. The government can change all the rules according to their own mentality without thinking about others. That’s why I feel responsible for doing at least something, to show them that we also matter, that even one vote can make a change.”

After witnessing the brutal crackdown in 2013 of protesters who took to the streets against the AKP’s increasingly divisive policies and growing corruption (which became known as the Gezi Park protests), young people such as Ardic have organized into a formidable political force. Old-guard politicians have tried to reach out to them, but it has been 42-year-old Selahattin Demirtas, co-chair of the HDP, who has had the most success.

“Demirtas speaks the language of the young,” says Beyza Ustun, an environmental engineer and HDP politician. “He is one of them, so he understands their concerns. What the Gezi protesters demanded—environmental protection, an end to corruption, equality in society—these are all the same demands the HDP has made.”

Indeed, despite its history as a single-issue party focused on Kurdish rights with alleged ties to the banned Kurdistan Worker’s Party, the HDP has expanded its political rhetoric in recent months to include liberal issues, such as LGBT and women’s rights, putting the breaks on an AKP-led construction boom that threatens Turkey’s forests and rivers, and bringing more transparency to how government functions.

The results have been dramatic. But can they be sustained? Demirtas has promised that the HDP will continue to function as a party of national reconciliation, shedding its Kurdish skin to embrace Turkish society as a whole. But Turkey still faces an uncertain political landscape.

Most observers agree that the potential for any kind of sustainable coalition government is slim. After a decade of often-truculent politics, the chance any one party will align with another seems distant, at best. Kemal Kilicdaroglu, the head of the CHP, has rejected any suggestion of an AKP-CHP alliance, while Ustun says none of the rival parties represents the kind of decentralized, leftist politics the HDP endorses. The MHP is the proverbial black sheep, too extreme on the political right to offer any kind of viable partnership.

The most likely outcome, according to most commentators, is a short period of fractious inter-party squabbling leading to a hung parliament and fresh elections in the fall. The uncertainty is already being felt in the economy, with the Turkish lira taking a severe hit after months of steady decline, while Turkish stocks have tumbled by nearly eight per cent in the wake of the election results.

Meanwhile, Turkey’s increasingly aggressive regional role—in Syria, for instance, where it has been blamed for stoking sectarian strife by supporting radical Sunni militias—will likely be taken down a notch, as the AKP and Erdogan become embroiled in a battle for survival at home.

Still, Turkey’s liberals, secularists and Kurds are breathing a collective sigh of relief. “It’s like we’re just starting to wake up from a nightmare,” says Bayraktar, the Kurdish bar owner, pouring another draught for one of her customers. “Whatever happens now, we know that change is possible.”

The rules of the political game in Turkey are changing, and that is something to celebrate.