Why Hamid Karzai deserves a break 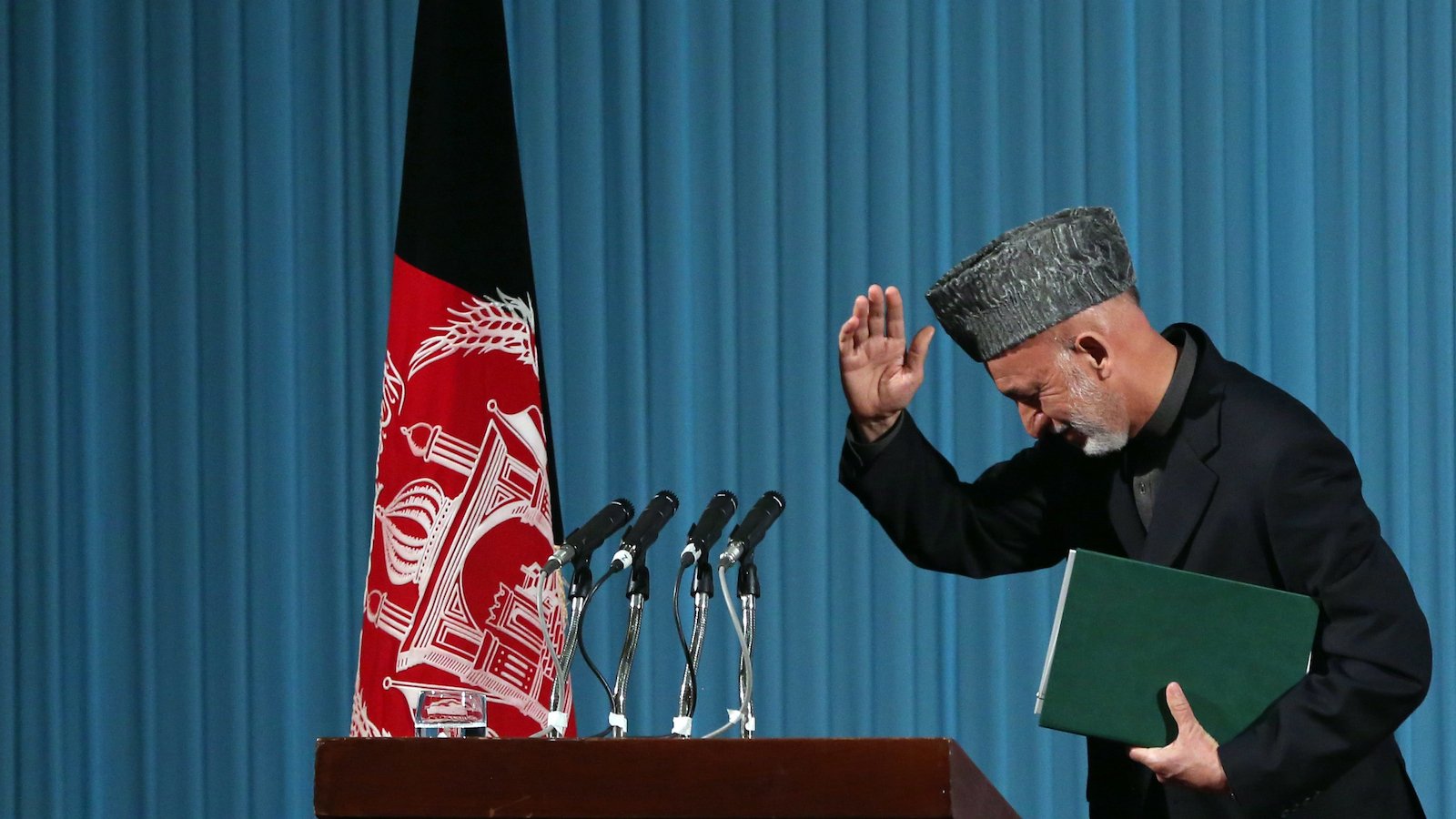 Looking back over the more than a dozen years that Hamid Karzai has governed Afghanistan, moments leap out to reinforce the narrative of a petulant, paranoid and perhaps mentally unstable ruler whose exit from power cannot come soon enough.

There was his foot-stomping threat to join the Taliban if Western pressure on him to reform did not ease, his supposed bipolar disorder, his public tears, his stubborn refusal to sign a security agreement with the United States that would keep American troops in the country past 2014. The Taliban, he has often said, are his “brothers”—a designation that rankles Afghanistan’s Western allies whose citizens have died fighting them, to say nothing of many Afghans who view the Taliban as something rather more sinister than family.

It all got a little much. In 2010, Canadian Prime Minister Stephen Harper called Karzai’s threat to join the Taliban “completely unacceptable,” reflecting widespread public anger in this country. Karzai’s 2006 state visit to Ottawa—during which he addressed Parliament and received a long and loud standing ovation—was not repeated. In a recent editorial, the Globe and Mail said Karzai’s legacy was “defined by failure.”

And yet there are other scenes from history that should shape how Karzai is judged. It is the fall of 2001, only weeks after Taliban-sheltered terrorists murdered nearly 3,000 in New York, Washington and Pennsylvania. Karzai, in exile in Pakistan, mounts a motorcycle and, with three companions, drives into Afghanistan to raise a revolt against the Taliban among the southern Pashtuns. He figures their chances of surviving are a little better than even, and he is probably right.

Afghanistan is full of hard men. What makes this feat of bravery more impressive is that the bookish Karzai is not one of them. As Afghan writer Mujib Mashal relates in an excellent profile, an American special forces team is later sent into Afghanistan to help Karzai. One commando asks another, who has already met Karzai, if the Afghan tribal leader is a “badass.”

This, admittedly, was a long time ago. So look instead at a scene that hasn’t yet revealed itself, but soon will. It is the summer of 2014 and, following a democratic election, Karzai leaves office—the first time ever that an Afghan leader willingly relinquishes power.

What has happened between Karzai’s return to his homeland on a motorcycle and his voluntary departure from the presidential palace is the transformation of a country and, especially, the lives of its women and girls. “The past 12 years were not the best time for Afghan women, but they have been better than all Afghanistan’s previous regimes,” Afghan parliamentarian Fawzia Koofi recently said.

Karzai does not deserve all the credit for this—just as he does not deserve all the blame for what has gone wrong. Afghanistan’s international allies have invested and sacrificed much for what Afghanistan has achieved. And yet it is on Karzai’s watch that refugees returned, girls went to school, infant mortality plummeted and life expectancy climbed.

Even with all the turmoil Afghanistan has suffered, it is not on the brink of splitting apart. The country, ethnically, linguistically and religiously diverse, is today far more united than either Syria or Iraq. There is greater freedom of the press in Afghanistan than in Egypt, Russia or Iran. Kabul, a city of donkey carts and rubble a generation ago, now has to deal with traffic jams and smog.

I think Karzai’s outreach to the Taliban was wrongheaded. But it came after years of frustration with America’s refusal to meaningfully pressure Pakistan, the fountainhead of Afghanistan’s insurgency. As long as the Taliban and other militant networks enjoyed safe haven and sponsorship in Pakistan, the chances of beating them in Afghanistan were low. Karzai thought some sort of accommodation might be possible. He wasn’t the only one.

As for Karzai’s suspicion of the West, not all of it was irrational. Robert Gates, former American secretary of defence, reveals in his recent memoir that U.S. officials tried to undermine Karzai in the 2009 presidential election. Gates called the attempt a “clumsy and failed putsch.” Karzai didn’t forget it.

Karzai’s second term was marked by a steadily souring relationship with his Western partners. This hurt Afghanistan, and Karzai. But the worst predictions about what Karzai would do next proved false. He didn’t cling to power. His predecessors died or were toppled. Karzai is walking away. We might miss him when he’s gone.